Defeats in our opening two league games of the new season have been hard to take, losing such a late goal at Dingwall and looking on top in the second half yesterday at home against Greenock Morton before Chris Millar unleashes a goal fit to win any game. The Alloa players are not getting the results their efforts merit at present but at the end of the day everybody knows it is goals that count.

Manager Jim Goodwin knows this season was never going to be easy and is working tirelessly to bring in new faces to strenghen his squad, knowing we will need to be even better than last season to make things happen and silence the doubters who are expecting Alloa to struggle.

In this league chances are going to be limited, but there was little between the teams yesterday, especially in the second half when “The Wasps” dominated possession but lacked the killer punch in last third of the pitch. Jake Hastie was a consistent threat on the left flank of the pitch driving at the Morton defence, but we needed to get an equalising goal when we were on top in the second period.

Indeed the turning point could have been when Greig Spence was flattened in the penalty box by Morton defender Rory McKeown which looked a very strong case for a penalty. Having survived this scare Chris Millar’s second goal of the game with ten minutes left was a body blow, at that stage against the run of play but a fantastic strike. 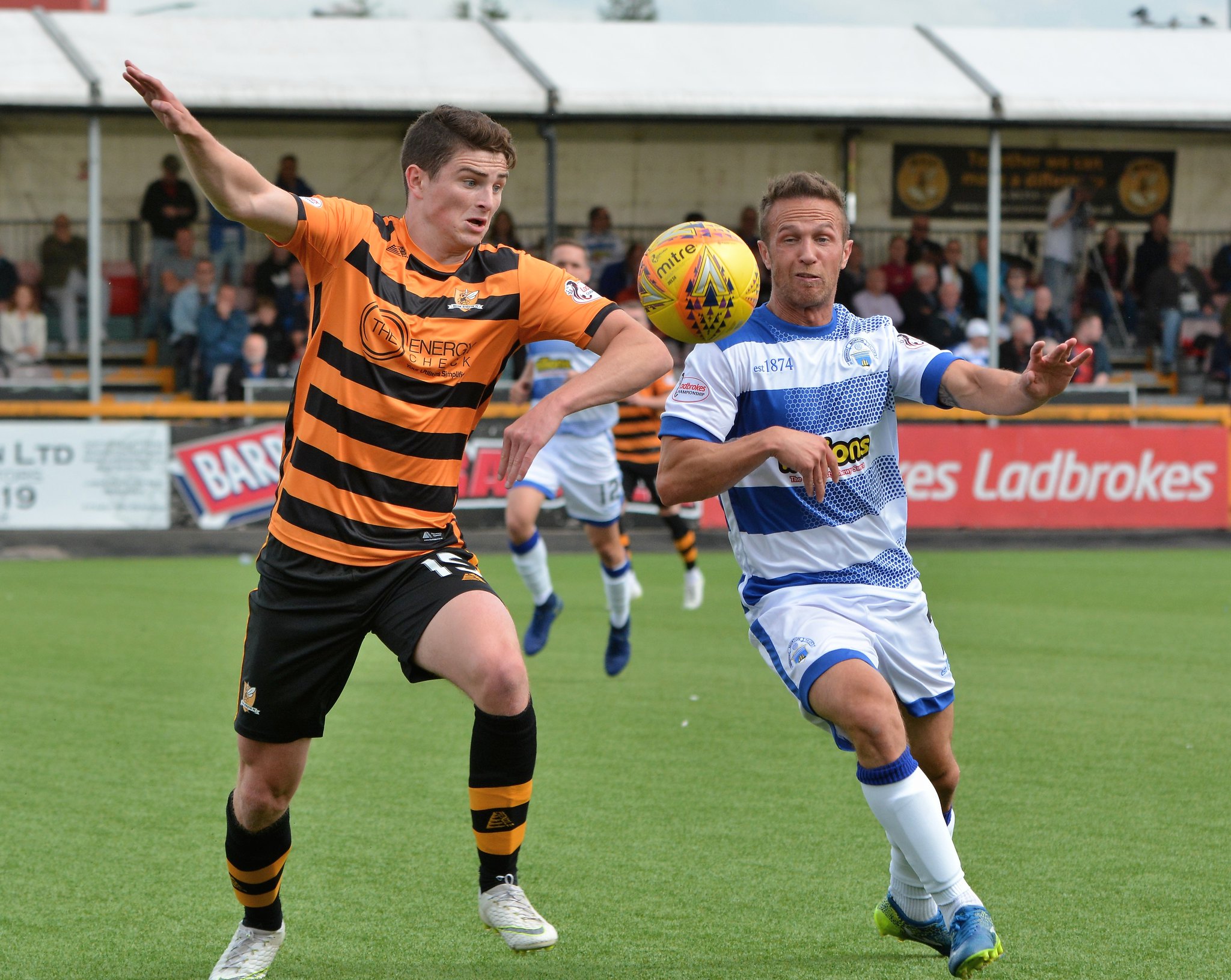 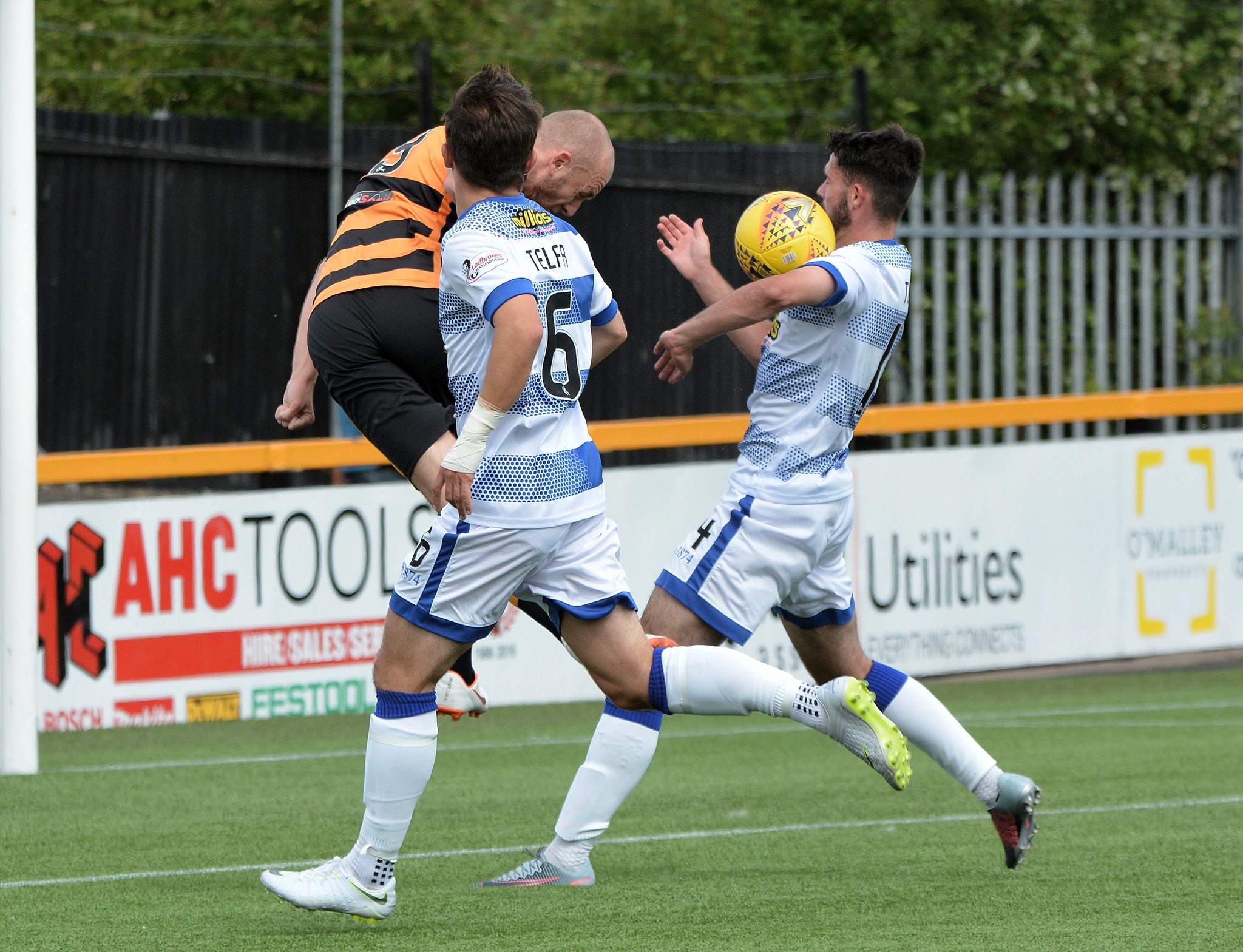 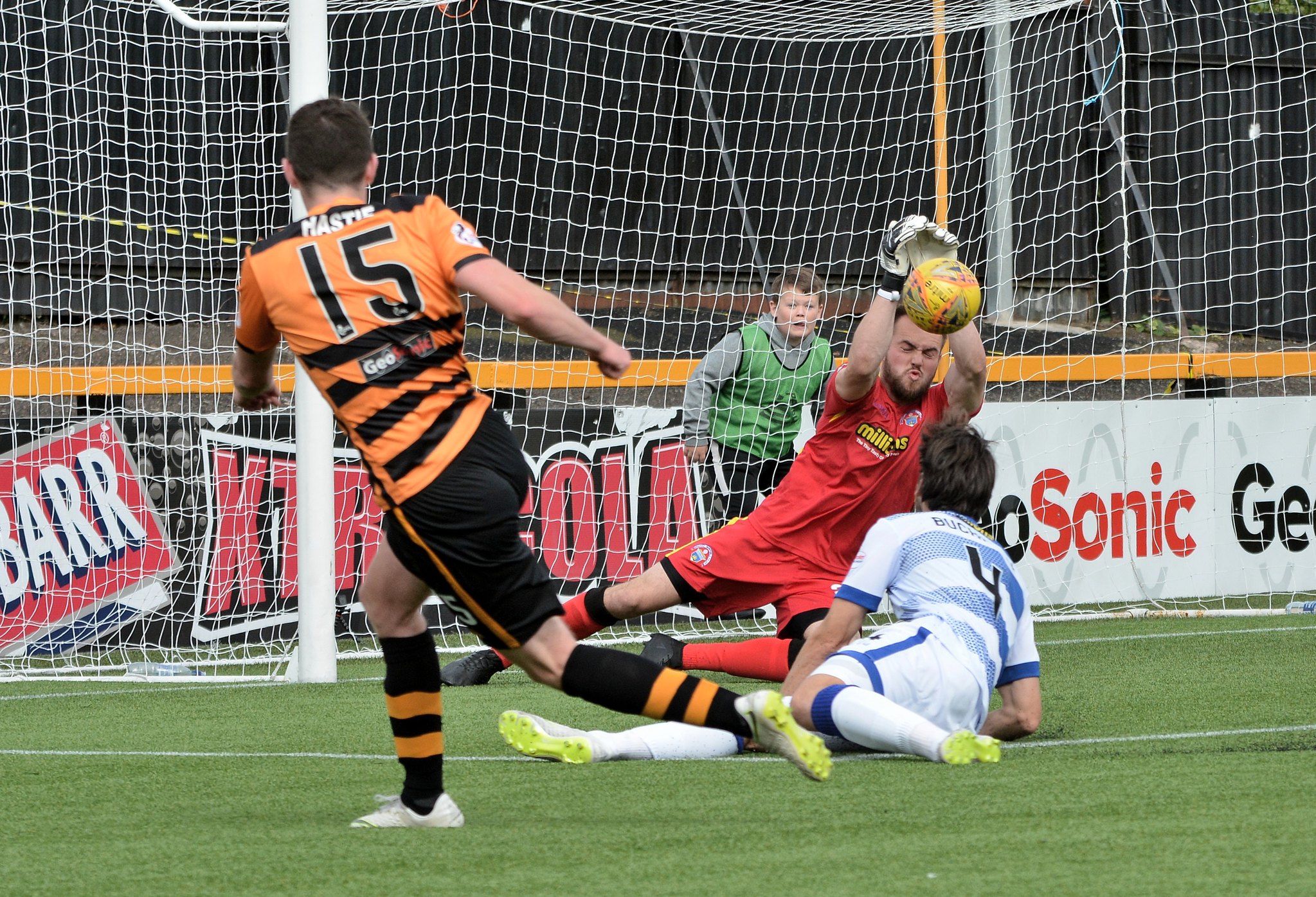 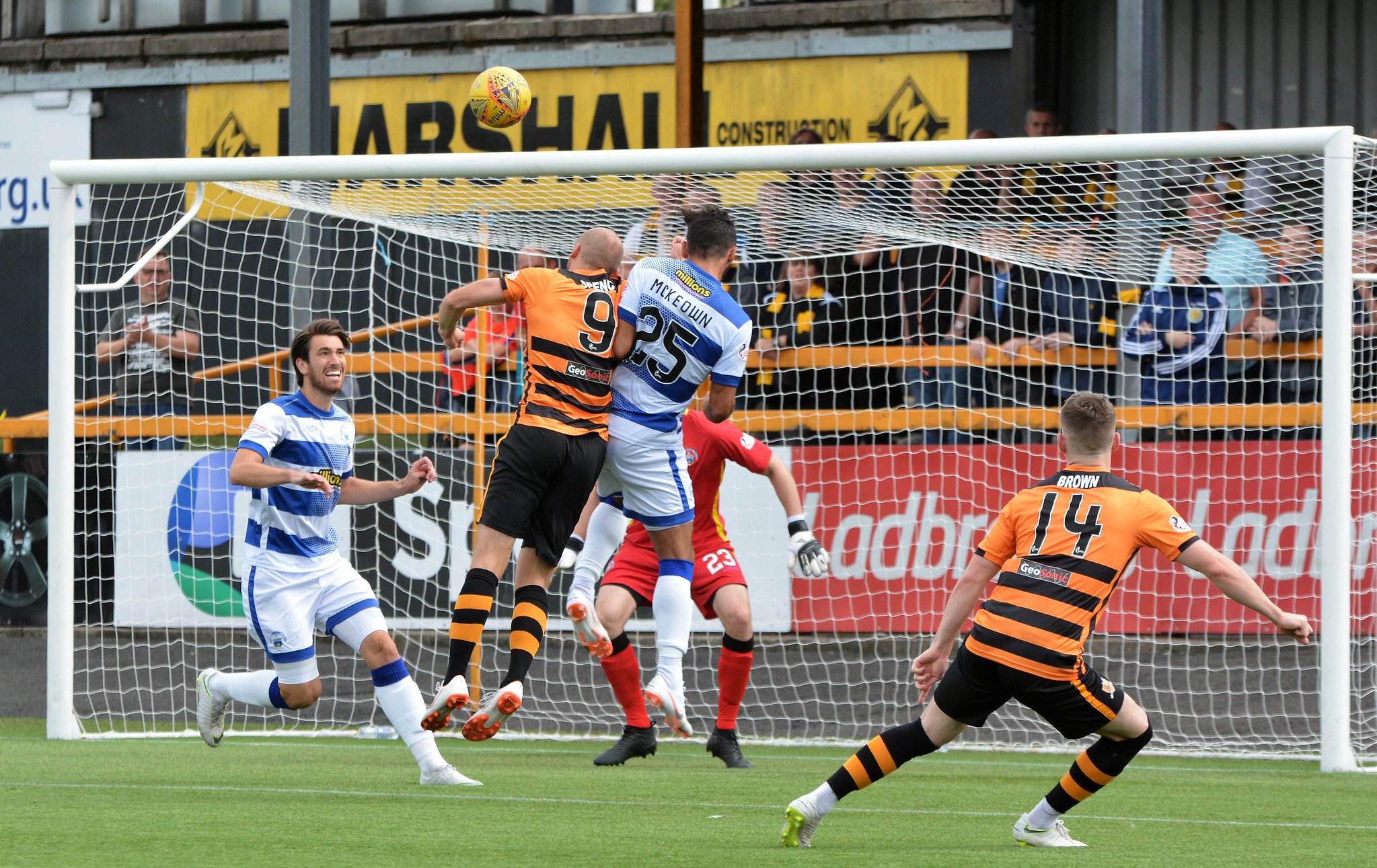 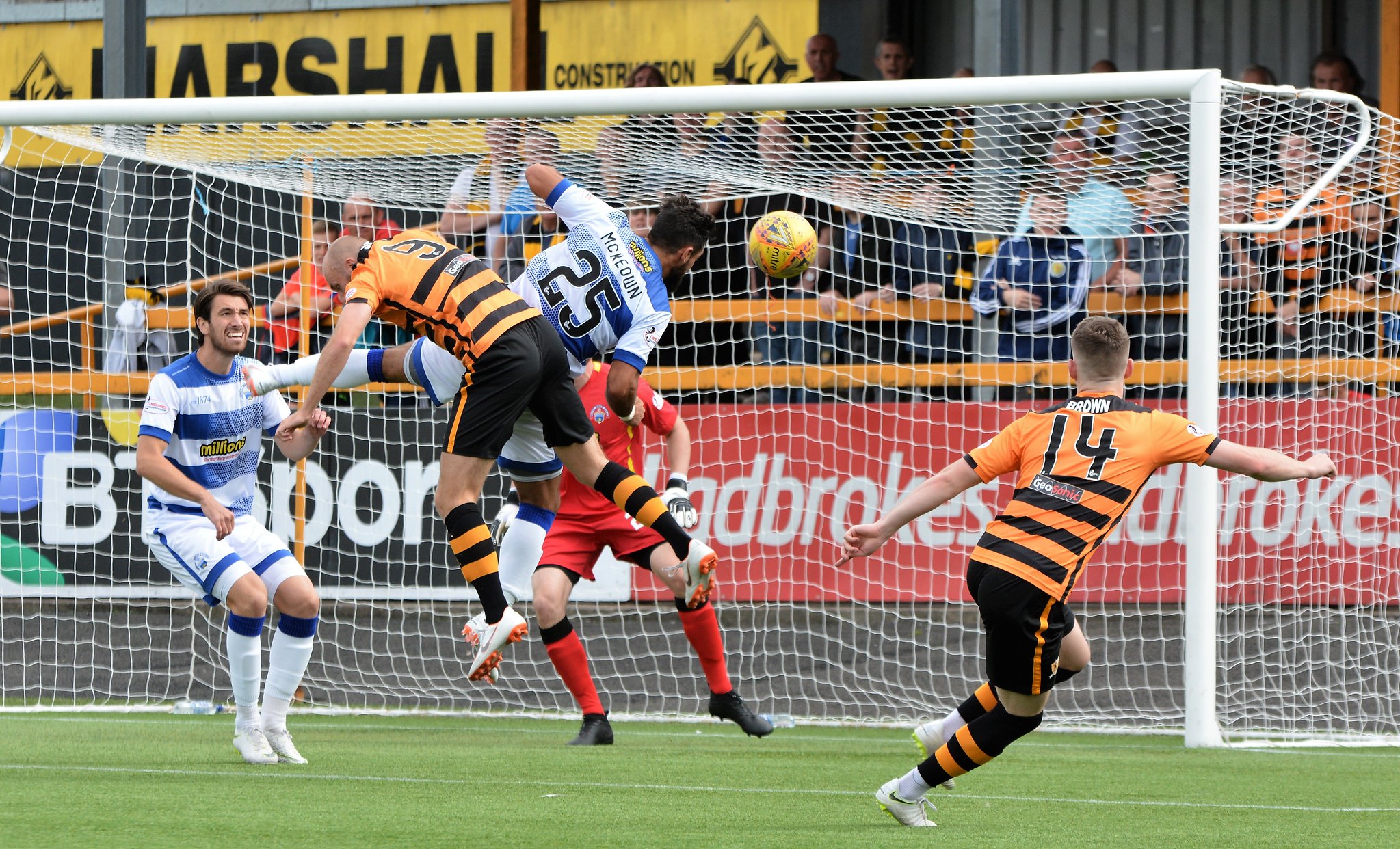 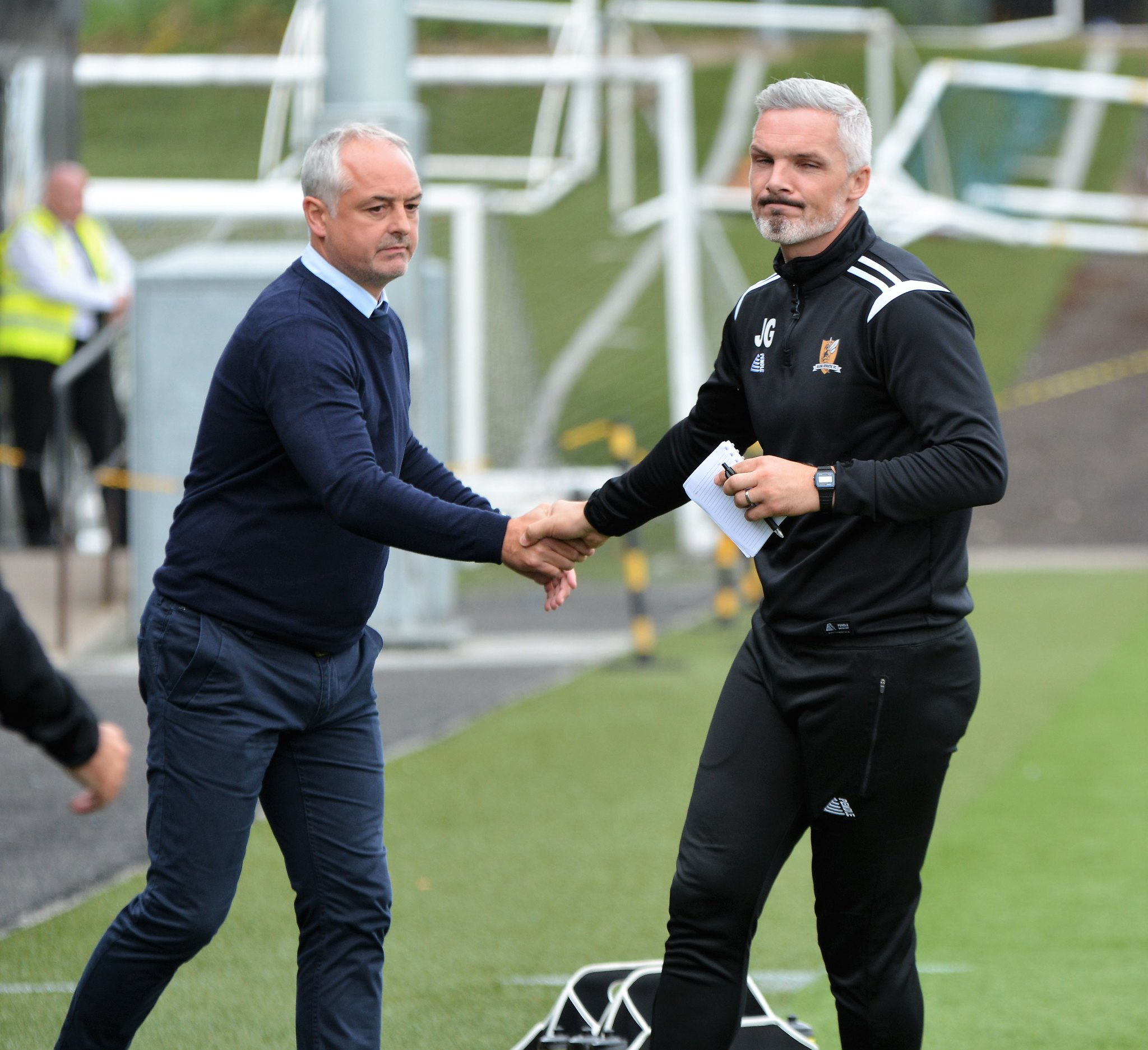 jim goodwin after morton take the points in alloa

It was a hard result to take, the first goal in this league is very important, particularly between the two sides today ourselves and Greenock Morton where there was not a great deal between the teams. Both goals are disappointing from our point of view, the first goal in particular I thought we could have defended a lot better, Chris Millar broke his way through into the 18 yard box far too easily, a decent finish from his point of view and the second goal was a thirty yard strike right into the top corner, there is not a great deal you could do to stop that, but other than that there was not a lot between the two sides. It would be very easy for me to come in here after last Saturday and here today against Greenock Morton if we had been miles apart and we were getting overrun and teams had been far better than us, it would be far easier to take, at the moment that’s very frustrating because that is just not the case, I feel we should have had a point on the board from Dingwall, losing a goal so late last week in the 88th minute, and today there was nothing between the teams, but fair play to Morton they are the ones sitting with the result, we have now had two league games and nothing to show for it.

I think in the second half the boys went out and done exactly what we asked of them, in terms of being patient on the ball, our movement from side to side and getting in behind them, I thought Jake Hastie on the far side got the better of the right back four or five times, maybe we are just lacking the final ball in the final third, we definitely didn’t work their goalkeeper enough, it was difficult Morton dropped off a bit in the second half and had pretty much ten men behind the ball for long spells and we were trying our best to break them down but unfortunately we just couldn’t find the opening, I felt at 1-0 if we had got the next goal I really felt we could have gone on and won the game but it wasn’t the case, but it was a sore one to take.

The disappointing thing for me is we are not really surprising anyone, people expected us to lose at Dingwall, people probably expect us the lose every game in this Division, they look at how difficult the league was for Brechin City last season but I know we are better than that and that’s the real frustrating thing for me and I think we should have at least a couple of points on the board but that is very easy for me to say those things but we have to go and do it on the pitch to do that we have to be a little bit better and creative in the final third and that’s all that is letting us down at the moment, defensively the boys have been great as I said it was a mistake for the first goal today but the second goal was a fantastic strike, other than that I can’t remember Neil Parry having a great deal to do.

When Greig Spence was flattened in the penalty box it looked a stonewaller, from where I was and that was at 1-0, I just don’t understand, the linesman who is on the same side of the pitch as me, the referee had a good view of it, Greig is in front of the defender and the defender clearly barged into the back of him, I don’t understand how that was not given. If that was given at 1-0 and hopefully we had went and converted it to make it 1-1, it was game on again but those are the decisions that you need the referee to be brave enough to give, it is very easy to give fouls in and around the middle of the pitch but the big decisions which they are paid to make, unfortunately I think they got that one wrong.