Saturday’s defeat at Cappielow was a sore one to take, given how well we had played against Partick Thistle the previous week and being disappointed with a point. The manager put it down to a bad day at the office for the players whom he reminds everyone just how well they have done in his short time at the club.

For Scott Taggart making his 150th first team appearance for the club it might not be a game he will want to look back on against one of his previous clubs.

Bob McHugh put Greenock Morton ahead after only five minutes as “The Wasps” started slowly and looking very passive. The injury to Kevin Cawley even although he took his goal well, not that he could remember much about it was another blow just as we were looking to start to play a bit.

We got back into the game and that allowed us to make some passes and created a couple of chances which would have made a difference before half-time.

Indeed Greenock Morton’s second goal came again the run of play in a breakaway after we lost possession and the home side were clinical in their finish. In fairness that changed the game and the third goal along with Andy Graham’s red card killed any hope of a comeback. Anybody who has now had opportunity to see why Andy Graham was complaining about the third goal standing cannot fail to see the foul by Bob McHugh on Robbie Deas.

Football always gives teams a chance to bounce back and we have that opportunity against Arbroath on Saturday 24th August when we meet at the Indodrill stadium in a SPFL Championship fixture, we must make sure we take it. 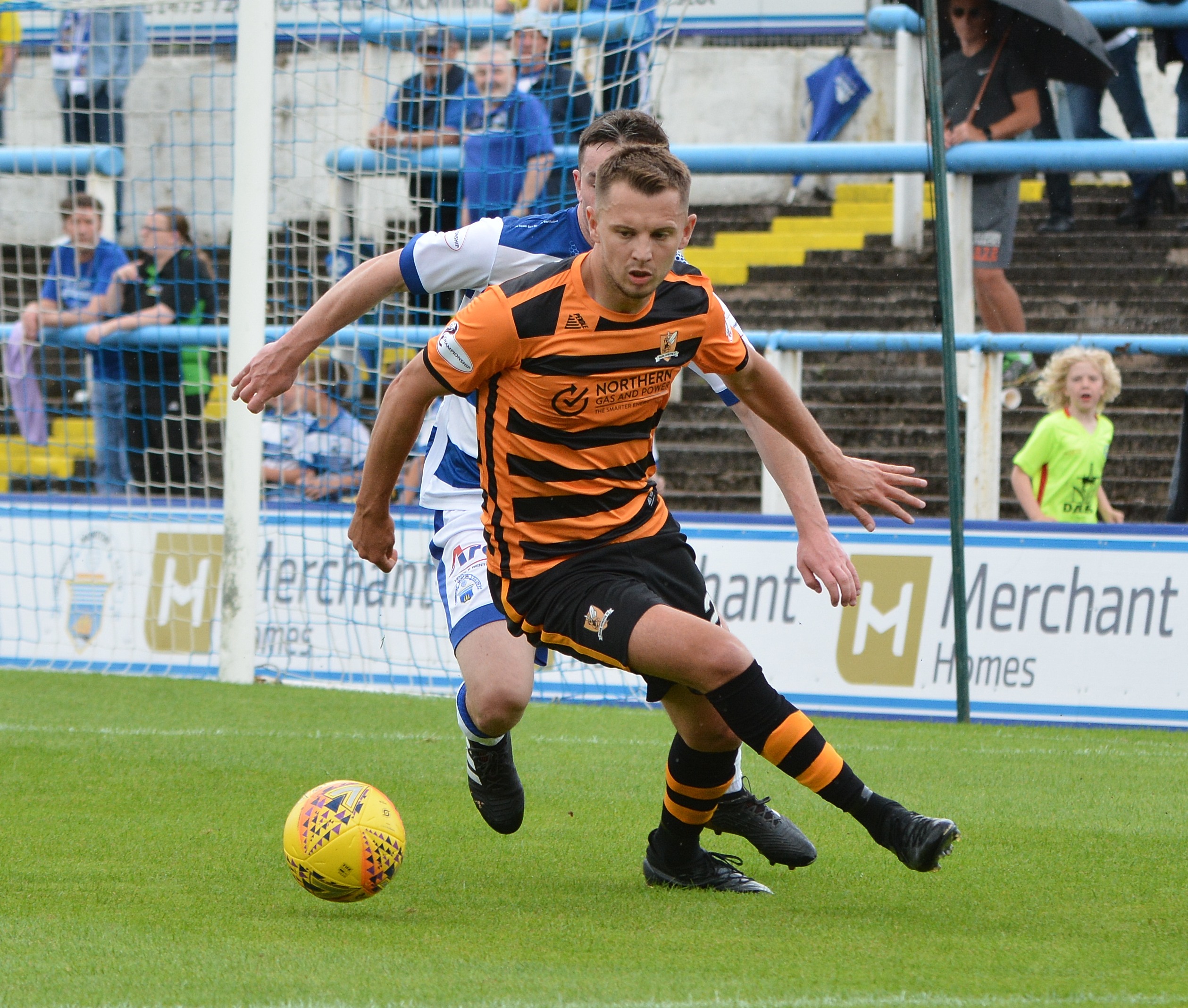 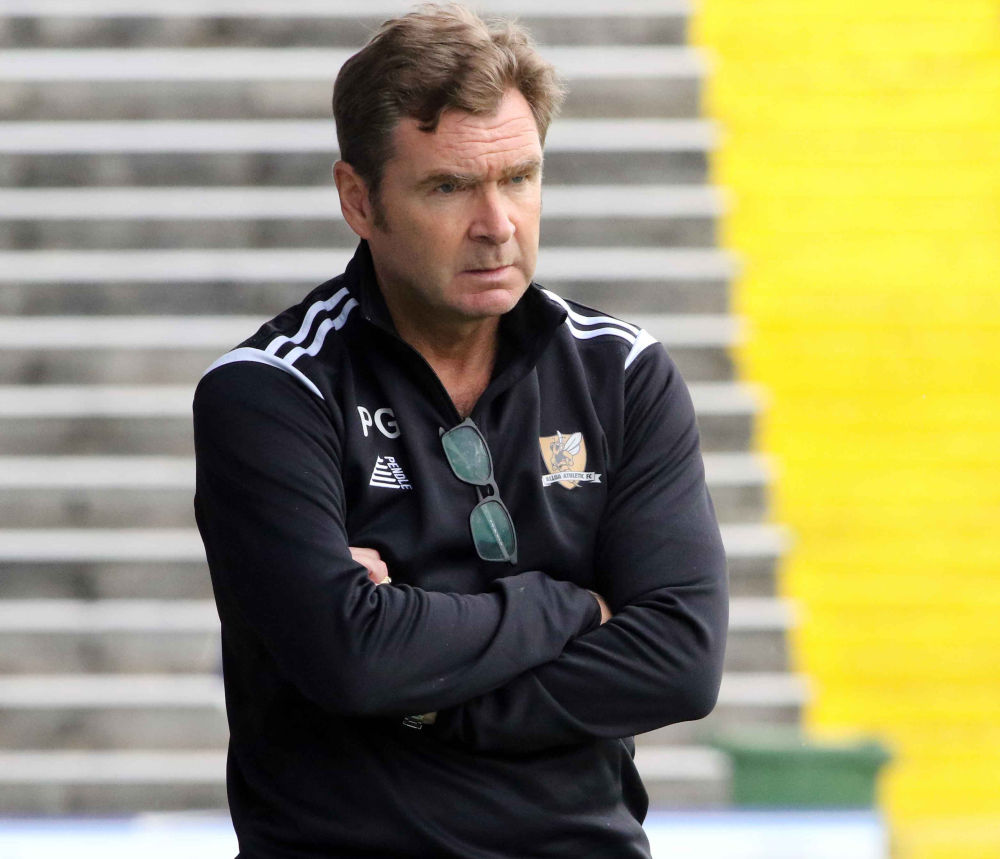 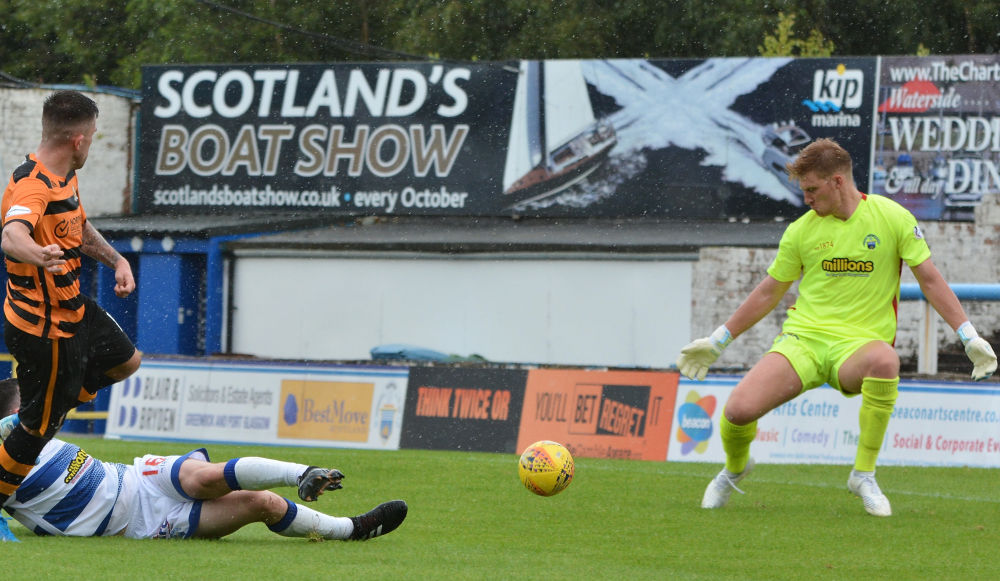 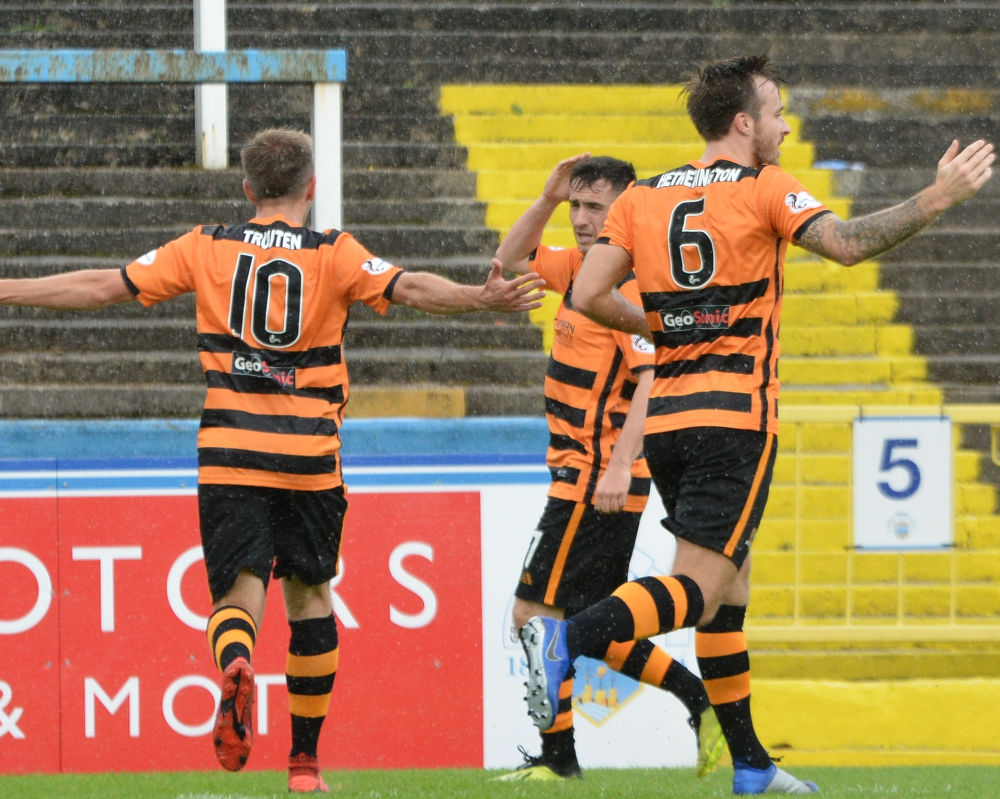 Although Kevin has just equalised he didn't know much about it

Kevin goes down after hitting the ground with thump

peter grant after defeat at cappielow

I thought we started the game very slow which wasn’t like us but the boys have been magnificent since I have come in the door, I just thought there was a wee edge of them today, at simple things – a throw in against not getting across to stop it and I thought that set the tone for the game. We know we are much better than that these boys have been magnificent they way they have been schooled by Jim Goodwin and prior, the way they work their socks off in every training session and in every game we have played and for me I think it is the first time they have not turned up for their work, so hopefully we can put it to bed and move on to the next game which is what we have to do.

Morton thoroughly deserved the victory, I didn’t think we turned up today, we had nice patches and could have scored a couple of goals in the first half but we were never in control as we were last week and teams are going to make it difficult for us to play. So we need to be the hardest team to play without the ball and the best team to watch with it, but today we didn’t move the ball quick enough and never stopped the opposition playing and with that combination there is only going to be one winner.

Kevin Cawley has got concussion, he can’t even remember being hurt, he remembers hitting the ball for the goal but can’t remember it hitting the net when he landed and hit his head off the ground, he wanted to carry on but unfortunately nowadays although he felt good but then came to side of park and we had no choice to take him off, because he has been excellent for us and a catalyst in how we play and we missed him today. So we must dust ourselves down and go and make sure it doesn’t happen again, but we didn’t make it hard for the opposition to day.