Three back to back victories have moved “The Wasps” up into 8th position in the league and now give Jim Goodwin’s team a realistic chance of retaining their place in the division after many had written them off even prior to the first game of this season.

However this group of players just never throw the towel in and have picked up victories against Ross County, Falkirk and Greenock Morton in their past three league fixtures, which has put the team right back in the hunt to retain their Championship status, and send a few clubs into a real state of panic with just four games remaining.

At Cappielow on Tuesday night, “The Wasps” fell behind to a soft looking penalty, but great character and determination in the side, saw them draw level three minutes later, but not content with this went looking for a winner.

At this stage of the season the manager was looking for all three points and his positivity was to be rewarded. With ten minutes left Kevin Cawley and Dario Zanatta combined well on the left flank and the ball into the box was eventually knocked over the line by Jack Hamilton to score his first goal for the club since joining on loan from Livingston in the January transfer window.

In the final ten minutes Greenock Morton threw everything at the Alloa defence with Neil Parry looking at his best coming and collecting crosses and blocking any attempts at goal. Although nothing has been achieved at this stage already it has been a memorable season and one the plays and club can be proud of. 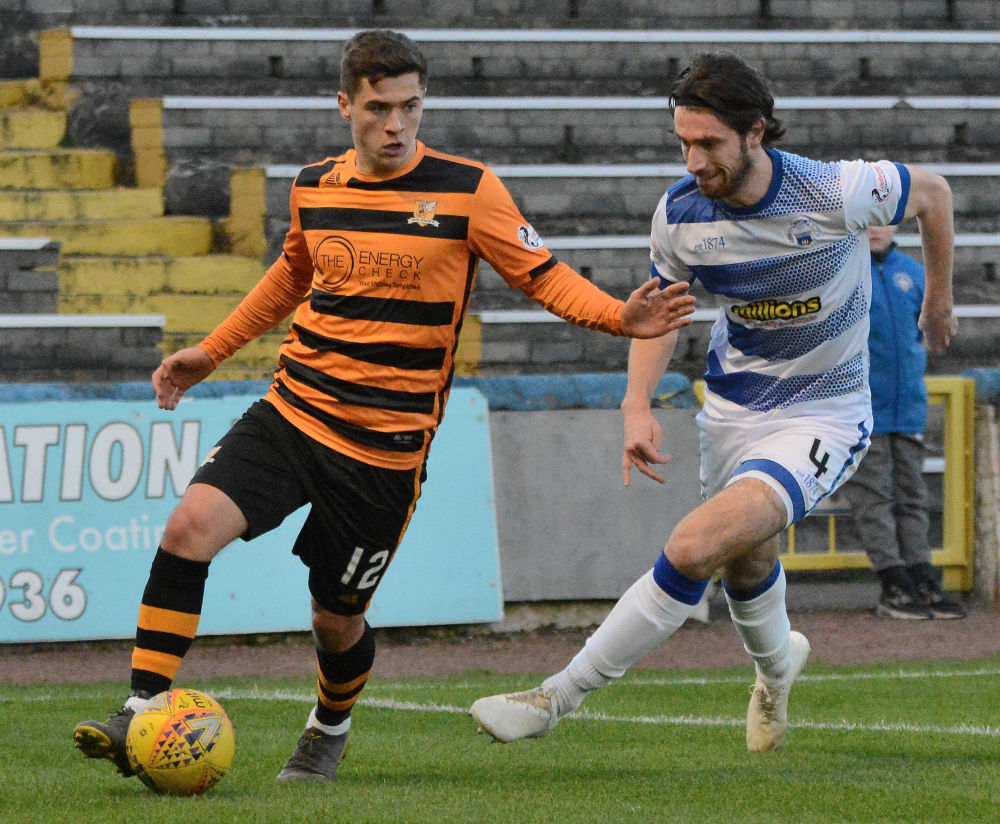 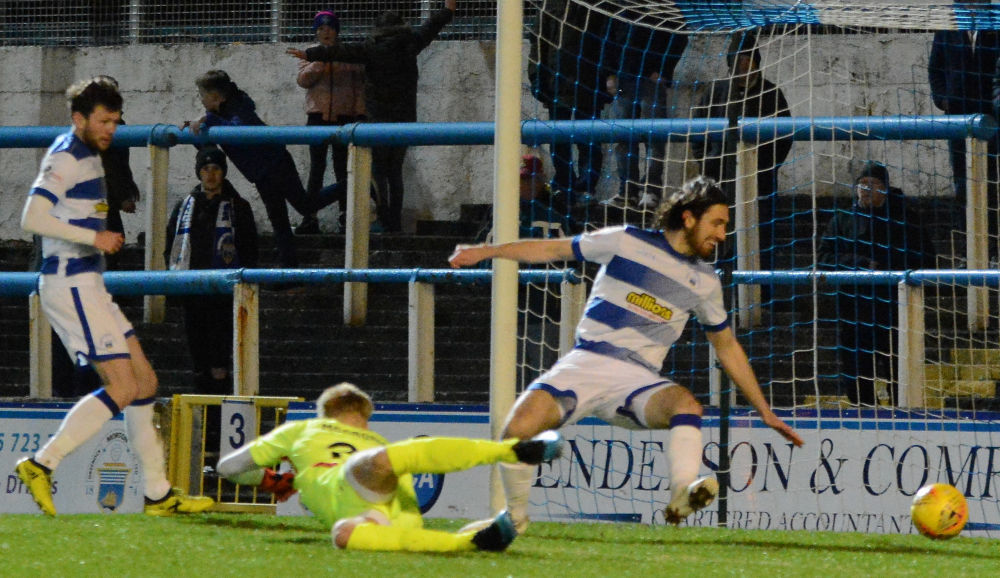 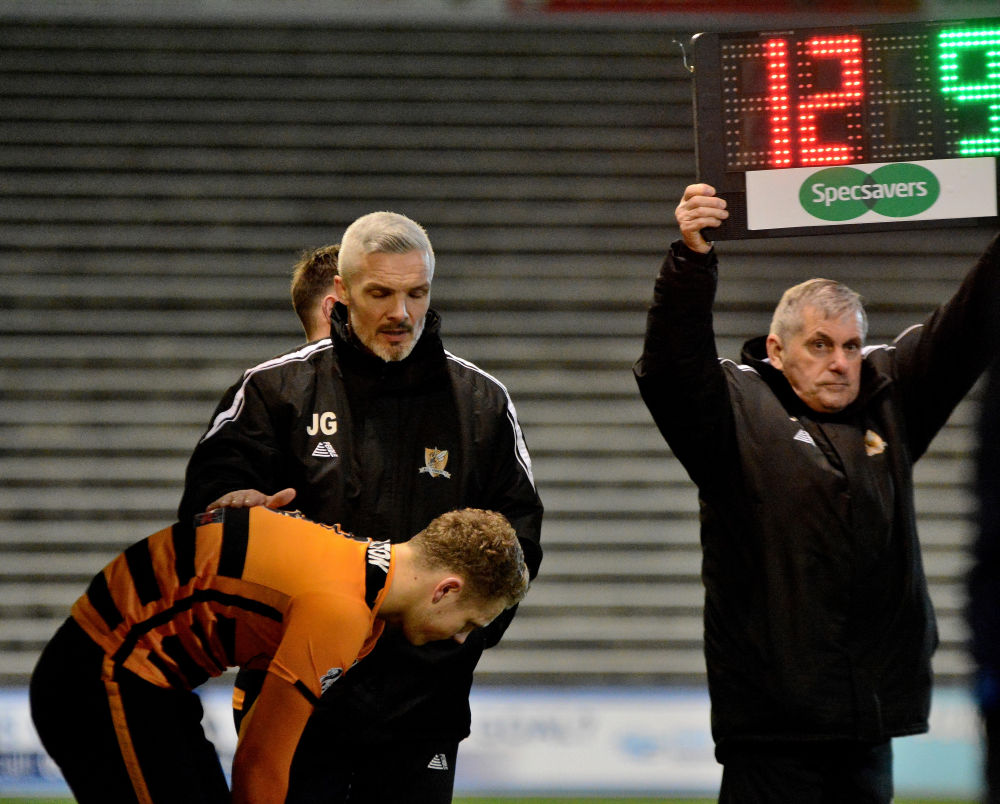 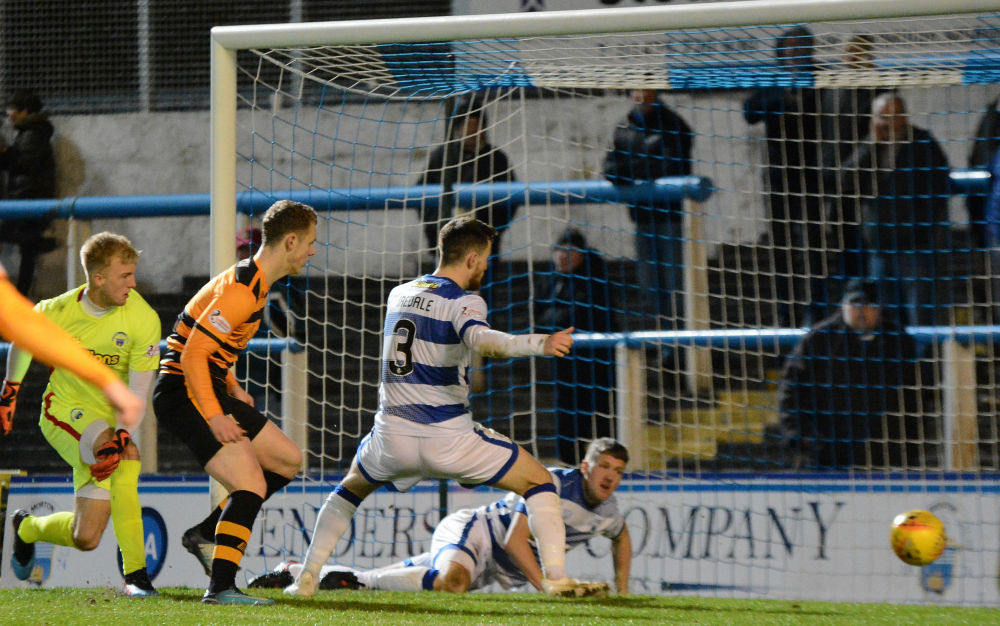 Jack Hamilton makes it 2-1 to "The Wasps" 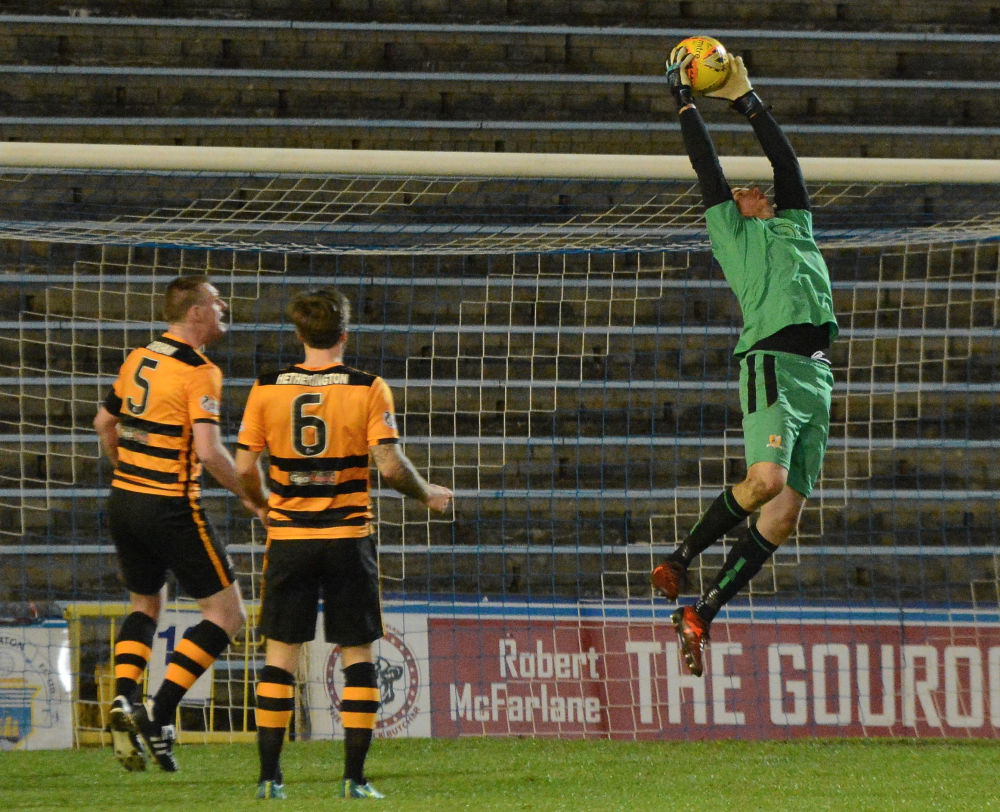 jim goodwin after victory at cappielow

The boys were absolutely fantastic again, I could just about repeat what I said after the game on Saturday, and it was all about character again, you go a goal down away from home a lot of teams would capitulate, I thought it was a soft penalty, a little bit clumsy in our part, I can see why the referee gives it but in saying that I think the Morton player was very clever as he made the referee make a decision and unfortunately it went again us.

However the boys never let their heads go down and stuck in and kept going and we get our rewards through a decent finish from Andy Graham and the second one I thought was a really good bit of play on the far side between Kevin Cawley & Dario Zanatta. The only negative for me was we got into good areas especially down that left side in the second half but sometimes the quality coming in wasn’t good enough. That wasn’t the case for the winning goal which Jack Hamilton tucked away and from there on in it was about managing the game and seeing it out. They threw everything at us in the end, they are a dangerous team from set plays, they win a lot of free kicks in the middle of the pitch. Anything 60 or 70 yards from our goal was coming into our box, the boy Buchanan must be knackered the amount of time he runs up and down that park and he is a big threat but we coped with it and our boys at the end won some important headers with Andy Graham, Scott Taggart and Neil Parry all excellent, Neil coming and taking crosses.

It is fantastic for us at this stage of the season to go three games on the spin and take full points, quite incredible. There is still a lot of football to be played, I said to the guys before tonight’s game, it is in our hands we don’t need anybody to do us a favour, it is a great position for us to be in we are not relying on anybody beating someone else for us and we know we are capable of beating anybody on our day, we now look forward to meeting Queen of the South on Saturday, they are another team we have done well against in the past, we know the dangers they have in Dobbie & Dykes but at the same time we know we can cause them problems going the other way, so let’s go and try and make it four in a row.