“The Wasps” made absolutely sure of a place in this season’s Scottish League Division One Play off’s after a home victory over fellow play off candidates, Forfar Athletic. Alloa Athletic striker Kevin Cawley scoring the all important goal in a 1-0 victory, his eleventh goal of the season so far. This will be “The Wasps” third time in the Scottish League Division One play off’s since they started in Season 2005/06. This time the club will look to go one better after being defeated in the Semi Final stages on both previous occassions. In Season 2007/08 after defeating Clyde 2-1 in the first leg at Recreation Park, they were cruelly defeated 5-3 after extra time in the second leg at Broadwood having had victory in sight. The most recent occassion was in Season 2009/10 after being pipped on goal difference for the Championship by local rivals Stirling Albion, “The Wasps” faced Cowdenbeath in the Semi finals, the 1st leg at Central Park was drawn 1-1 but in the 2nd leg at Recreation Park Cowdenbeath won 2-0. This is a great achievement this season for manager Paul Hartley and the players who will look to keeping winning and see where it takes them. 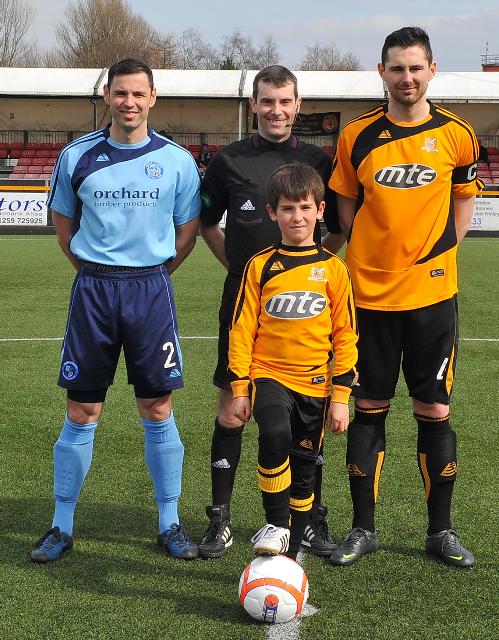 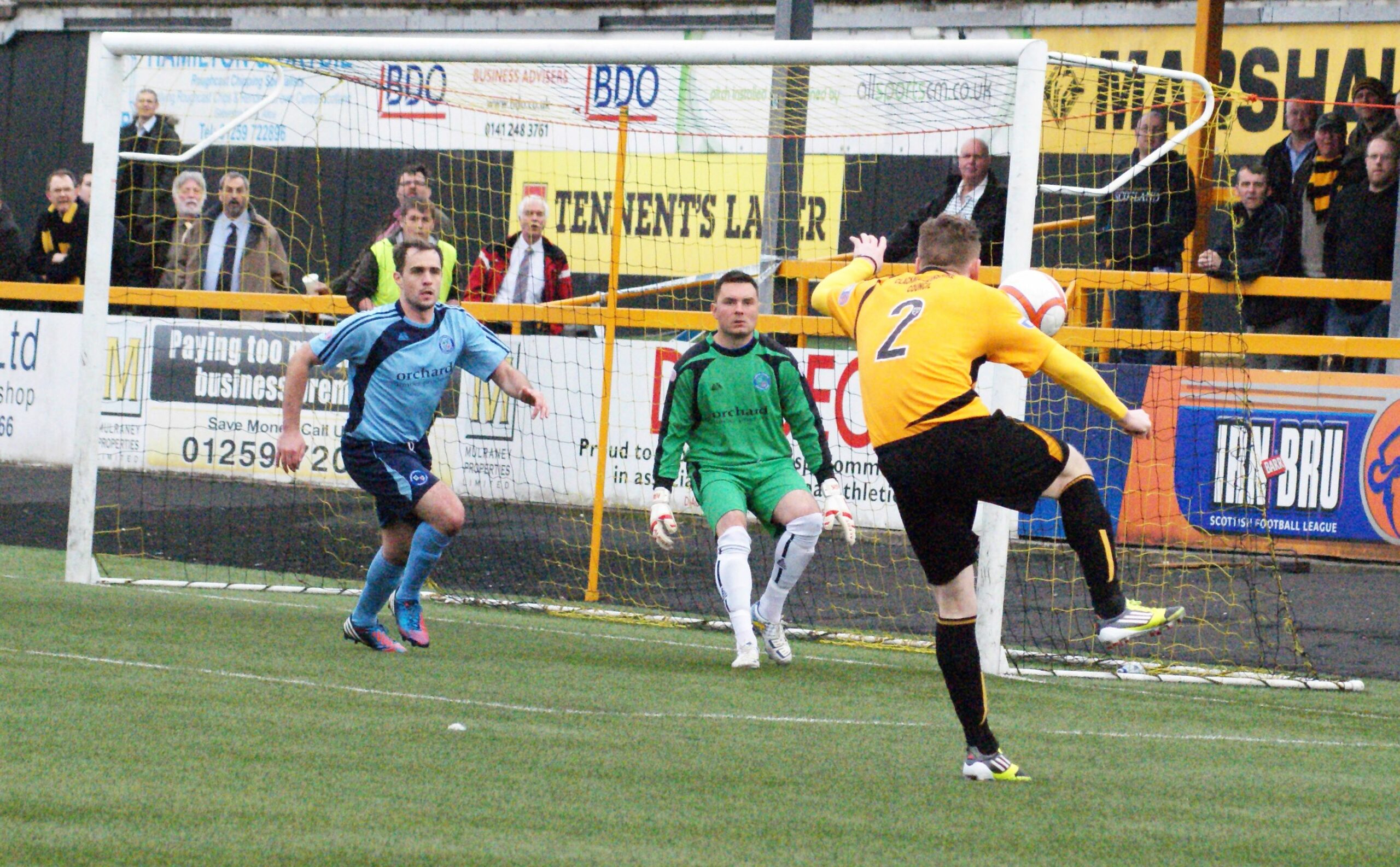 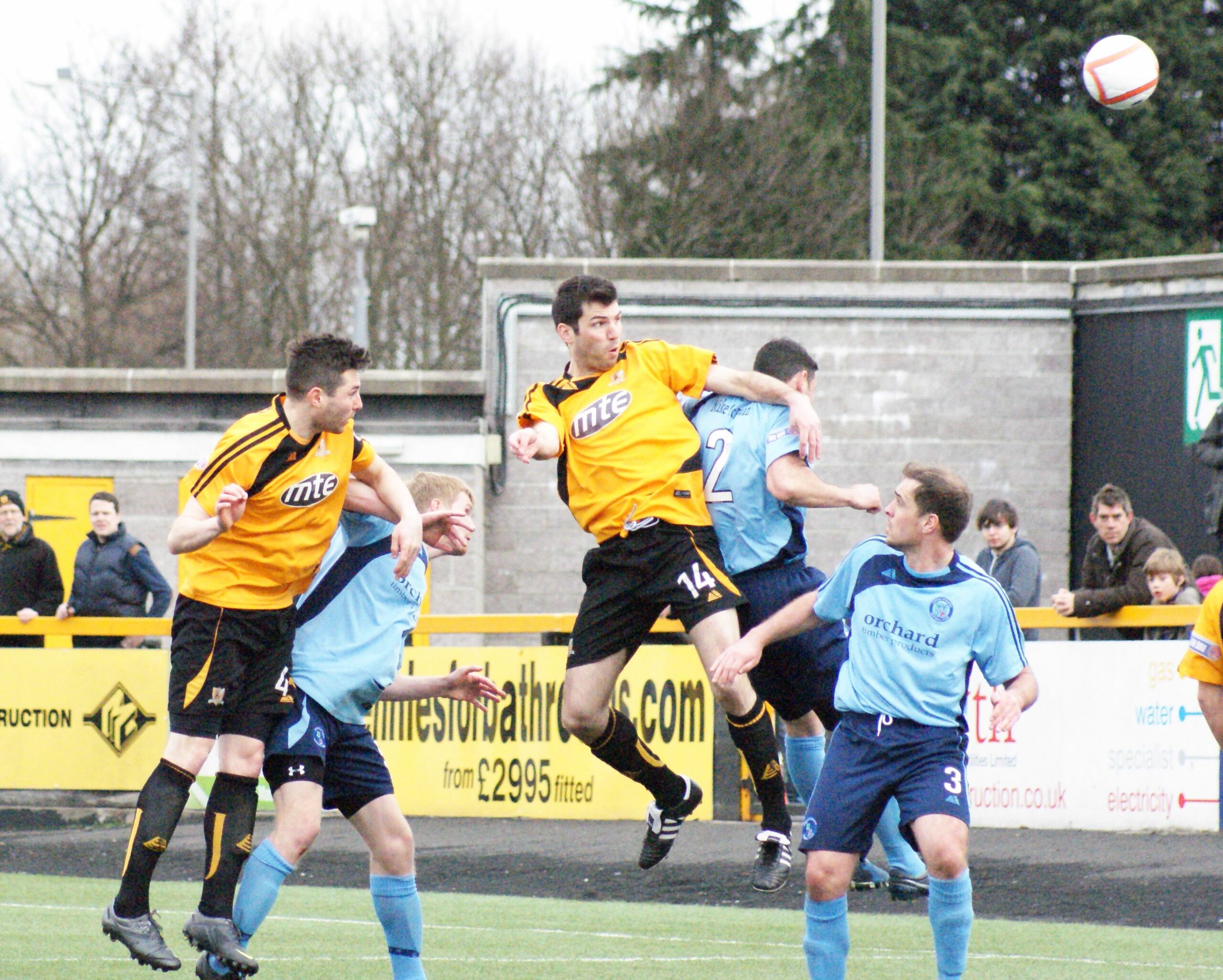 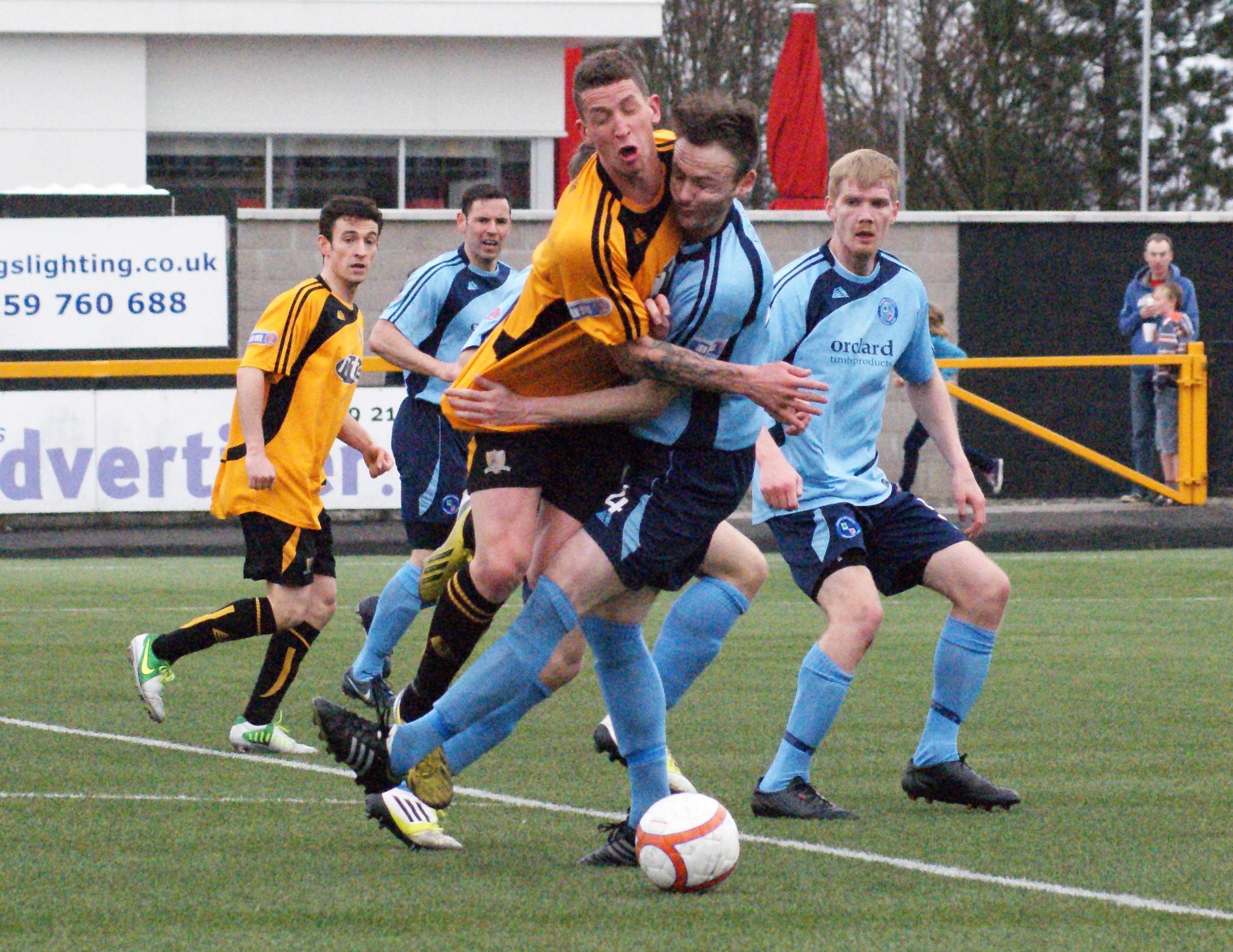 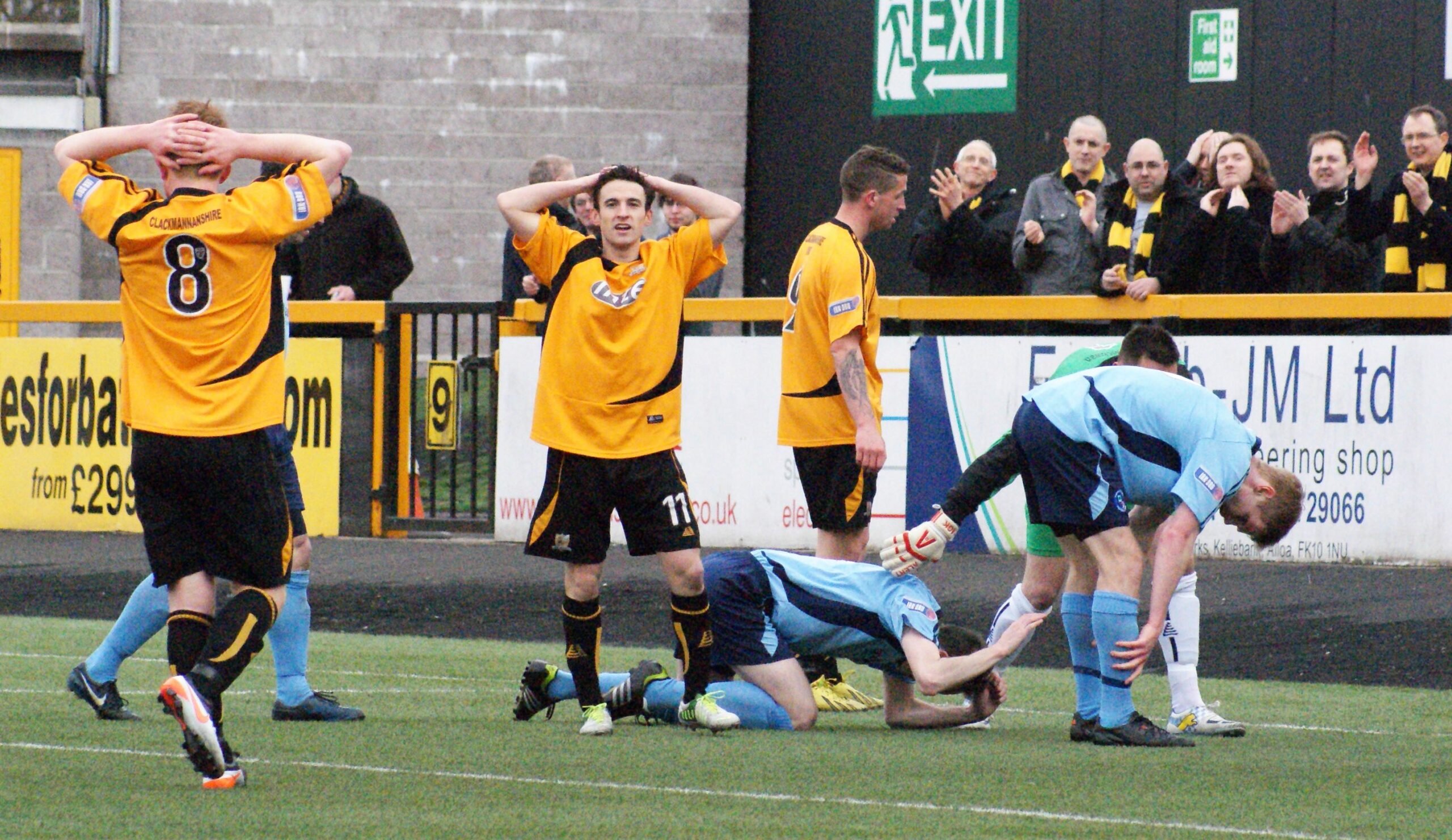 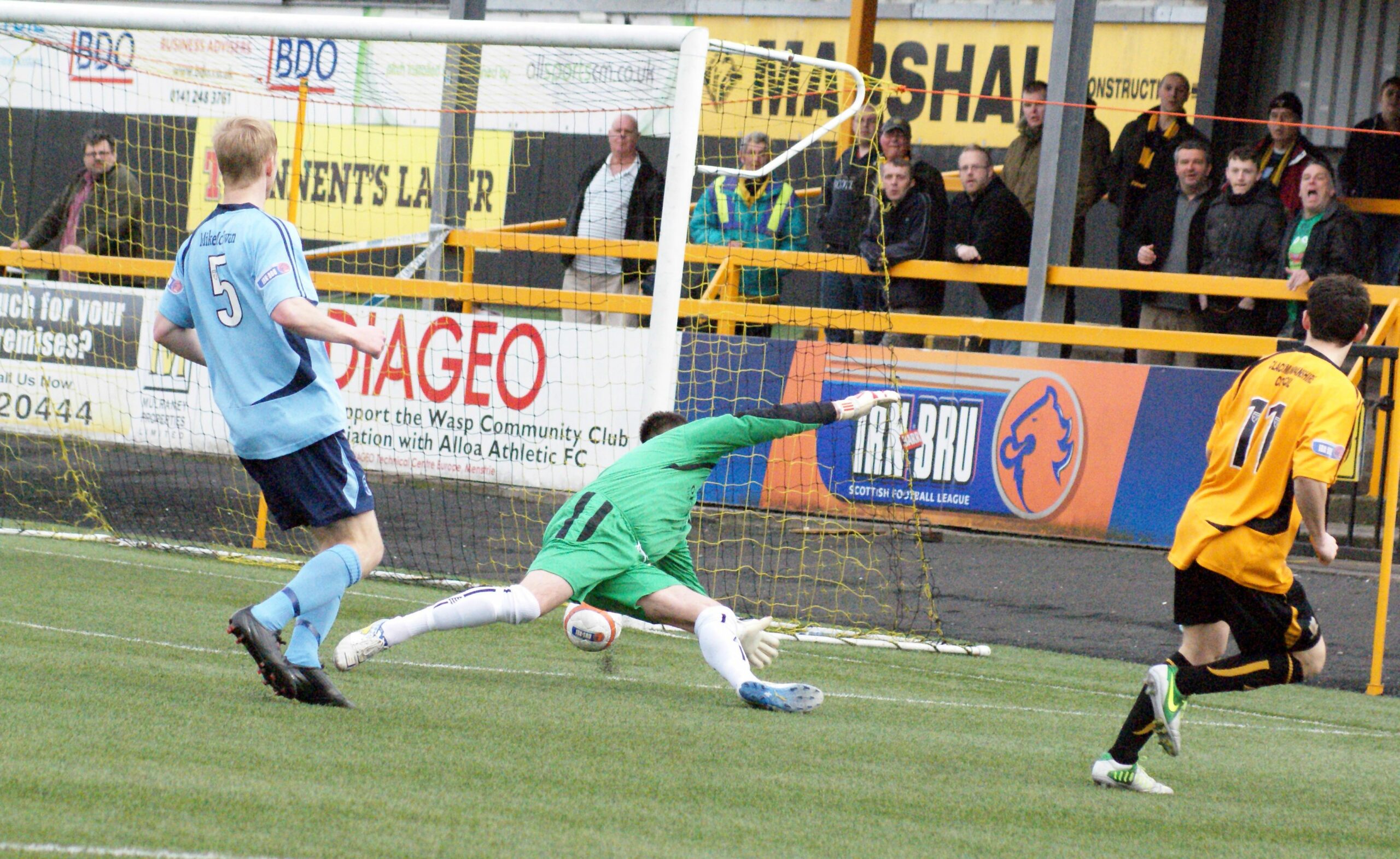 I thought we dominated the game from start to finish – in possession and clear cut chances, we scored a good goal and that is us in the play offs which is a good achievement for the group of players and the club – I am delighted.  We still have a lot to play for and we want to keep winning, I think we have to keep the momentum of winning games – I think that gives you great confidence and we have to keep it going, the team kind of picks itself just now– we have a strong bench and a strong squad of players, the guys who are left out are disappointed but when they come in hopefully they can perform, but we will not be letting up we are going to keep going.  The back four plus the goal keeper have been great – the back four have been great all season they have kept numerous clean sheets, the fact we have a fantastic defensive record with the number of goals which we have conceded, but we need to keep that going.  It is the hard work on the training ground which is paying off – we do loads of shape with the players to get the team organised but they all know their jobs and that is important.  Our fitness has never been a problem – our boys are fit, we have good experience in there and loads of legs and energy which is down to the physiotherapist and the fitness coach, all the backroom staff work hard together it is not just about one man – it is about everybody working together.

We have scored loads of late goals because we are such a fit squad – we keep going to the end because we want to win games.  We will go into the play offs with a mix of experience and we will sit down and discuss things over the next couple of weeks to see where we want to be – we definitely want to be there and get to the next level and we will be trying our hardest to do that. I don’t care who we get in the play offs, you have to beat the better teams and we are a match on our day for anyone  – we have shown good quality  and resilience and one thing we have got is a fantastic spirit amongst the squad.  I will keep playing the strongest squad possible – in fairness to other teams – I will look to play our strongest squad which is available to us.  It was good to get Darren Young, our captain, involved again today, but he has to be patient, the guys are doing well and Darren has missed a chunk of the season, however it was good to get his legs going again but credit to the other guys who have came in and stepped up to the plate.

In the first half we had three magnificent chances to score and Alloa had three magnificent chances, there was nothing between the teams in the first half.  In the second half we lose a goal which has been a nemesis of mine all year – to lose a goal like that where the smallest boy on the field brings it down in the box and rolls it past the goal keeper.  From then on it looked to me as if Alloa wanted to win the game more than us and they deserved to win the game, so I have no complaints at all. We did not deserve to take anything out of the game today because of the way we went about it.  The last 15 minutes of the first half we had started to weather it and started to come into the game, we were starting to demand and had the ball at the right end of the park for long stages.  It was the goal that we lost – this has been happening to us all season – it changes the shape of the game.  Nothing has changed as it is now between Forfar and Arbroath to clinch the other play off spot.  We have a superior goal difference than Arbroath but we play Queen of the South next week while Arbroath will be at home to Stranraer.  We seriously came here to win today after a great display and result against Brechin in mid-week, but that’s football for you.