“The Wasps” claimed all three points at Station Park against Forfar Athletic, with Ben Gordon scoring in the final minute in a game which looked to be ending goalless. The players showed great character and determination to win the game, after having Jonathan Tiffoney, Daryll Meggatt and Stephen Simmons all unavailable for selection, while captain Darren Young only lasted the opening 30 minutes. Forfar will feel aggrieved to have lost the game in the final minute but Alloa did have other chances, Kevin Cawley struck the crossbar in the first half, Ryan McCord just missed with a header early in the second half, but the players kept believing. Gavin Stokes who came on for Darren Young rose to the occasion, Michael Doyle playing his first game after being out for six weeks after a double hernia operation looked like he had never been away. The team can play better but no one could fault their commitment. 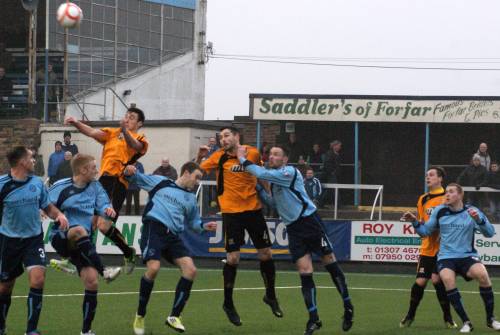 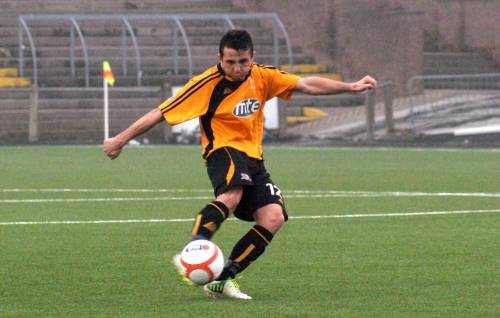 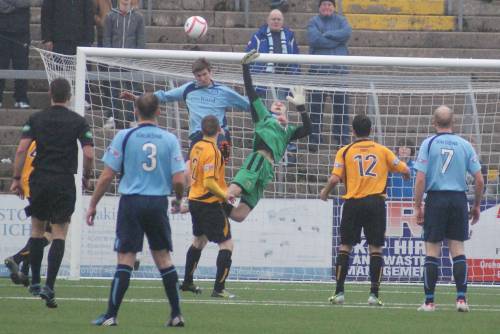 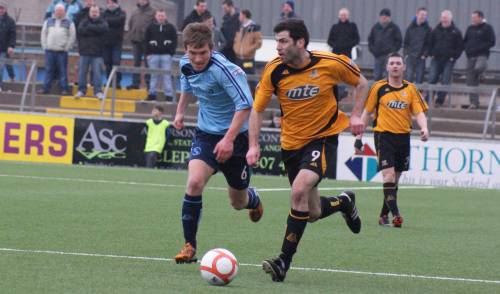 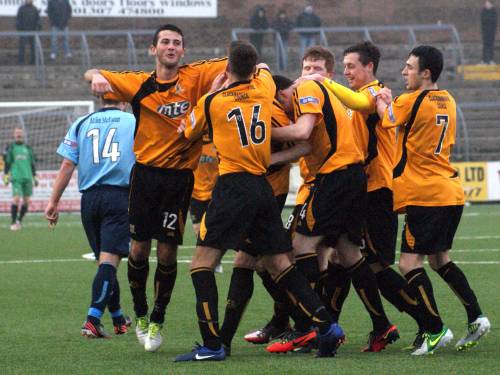 I think one goal was going to win the game to be honest with you – and we managed to get that from a set piece. I thought the play was scrappy at times and we didn’t create much today – we had some possession of the ball but I think our passing let us down. When you are away from home it is good to get three points. It was a good delivery into the box for the goal – it was probably one of our first good goals into the box at a vital time – you are settling for a point – good header from Ben Gordon, he has done it umpteen times this season so it was good. We know we can play better but we managed another clean sheet and I thought the back four were good – the goal keeper did well and Jason Marr had a brilliant clearance off the line – in an attacking sense we have got to do better. Gavin Stokes came on today and did very well – it is not easy coming on to a game – he came on and controlled the ball and made some important passes and got his foot in –he has been chapping at the bit for a while and he did well – he came from Dundee United – he then went amateur for a while and we managed to get him – if he keeps his performances like that he will stay in the team. Darren Young had a fitness test prior to the match – he probably shouldn’t have played today but he was determined and sometimes when you make those decisions it backfires but we had a good replacement in Stokes today. Michael Doyle played his first game in six weeks – he has never even had a bounce game – just two training sessions but he is a fit guy and his operation went well so I am pleased.