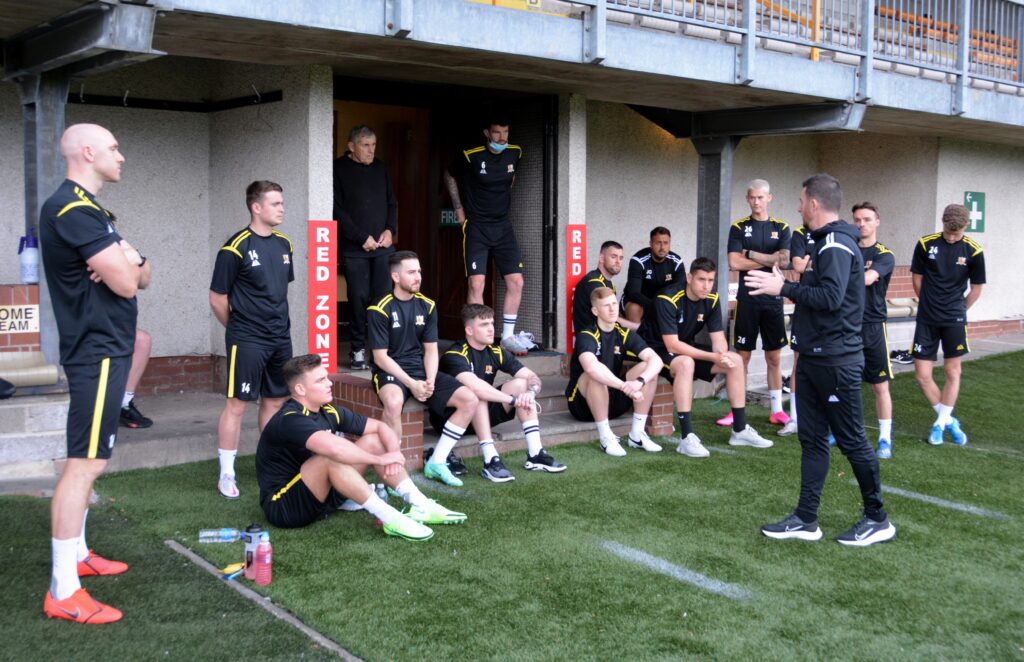 Barry Ferguson has been quick to add more quality to the squad with 6 new signings, as half the squad take part in the first of two pre-season fitness tests.

Sammon in black and gold

Sammon forged a fearsome legacy at Wigan where he commanded a 7 figure transfer fee. After four years at Derby County he went on to short spells with Rotherham, Sheffield Utd and Ipswich before returning north of the border.

At the peak of his footballing prowess he represented Ireland under Giovanni Trappatoni, tasting defeat only against Spain and Austria in his 9 international appearances.

Take me to Church

Daniel’s a former Celtic youth who’s represented East Fife and Dumbarton in League 1 in previous years. The exciting wide man can play at full back or on the wing.

Mark Durnan is a Wasp

In his prime and with a wealth of experience under his belt at a higher level, the former QoS, Dundee Utd and Dunfermline centre half makes the step up from Falkirk.

Just 24 and already with plenty Premiership pedigree under the belt former Hamilton forward Steven Boyd joins the Wasps, after a year and a half at Peterhead.

Mark Lamont in at the Indodrill

The former Partick Thistle youngster joins after a 4 year spell at Clyde where he was integral to the Cumbernauld clubs’ promotion and both of the last two Covid-19 disrupted campaigns.