Alloa Athletic had to come back from being one goal down against local rivals Stirling Albion to keep going their unbeaten record against “The Binos” since 7th March, 2009. Once again Alloa proved as they had on numerous occasions last season their ability to come back from going a goal behind, such is their character and will to win.

The Wasps made three changes from the team that had faced Hibernian at Easter Road, Chris Henry made his first competitive start, in place of Neil Parry who is still recovering from facial knock at Easter Road. Andrew Stirling and Liam Buchanan started in place of Adam Brown & Alan Trouten who were on the bench.

The first half of this match was not one to look back on, although “The Wasps” had the bulk of the play it would be fair to say there were not a lot of chances on goal.

The opening goal came six minutes in the second period when David Wilson curled home a beauty of a free kick to give the visitors the lead.

Game on, Peter Grant introducing Alan Trouten just before the hour mark which was to prove pivital. Alloa were noe pushing forward and getting the ball into the box and looking far more dangerous. It was fitting that Kevin O’Hara would score the equaliser as he had been a threat to the Albion defence all evening. 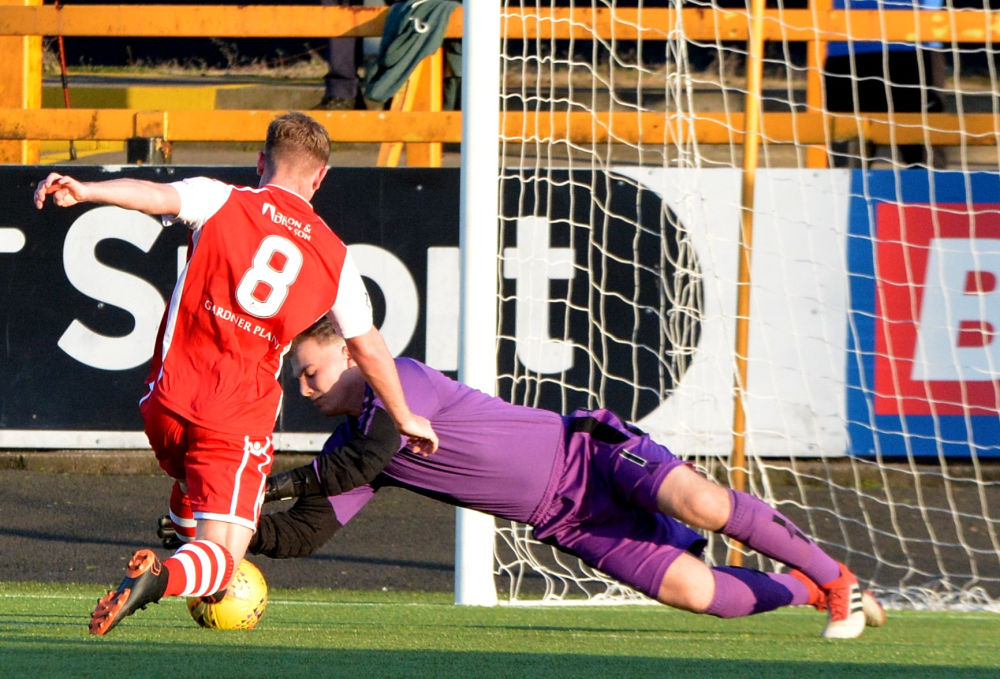 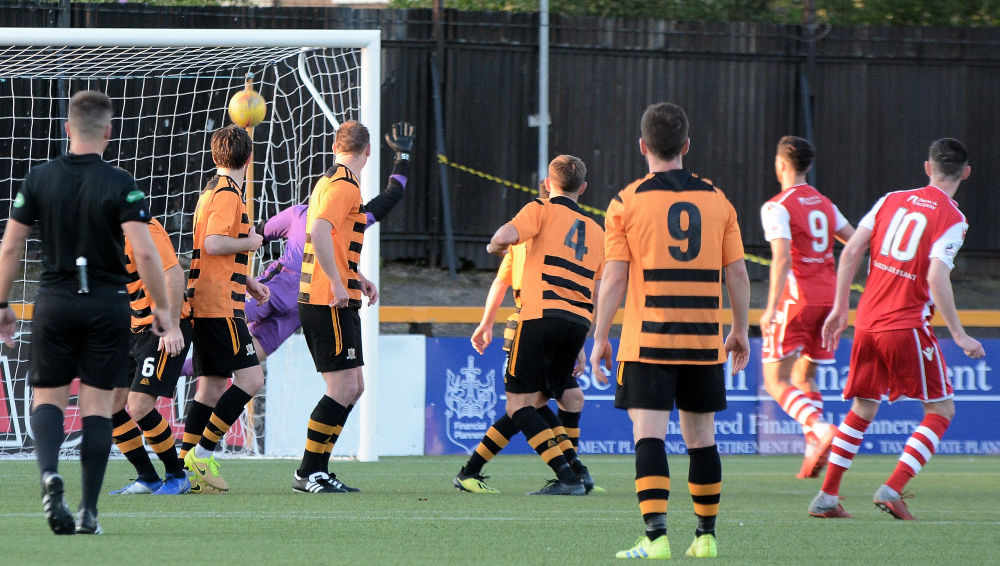 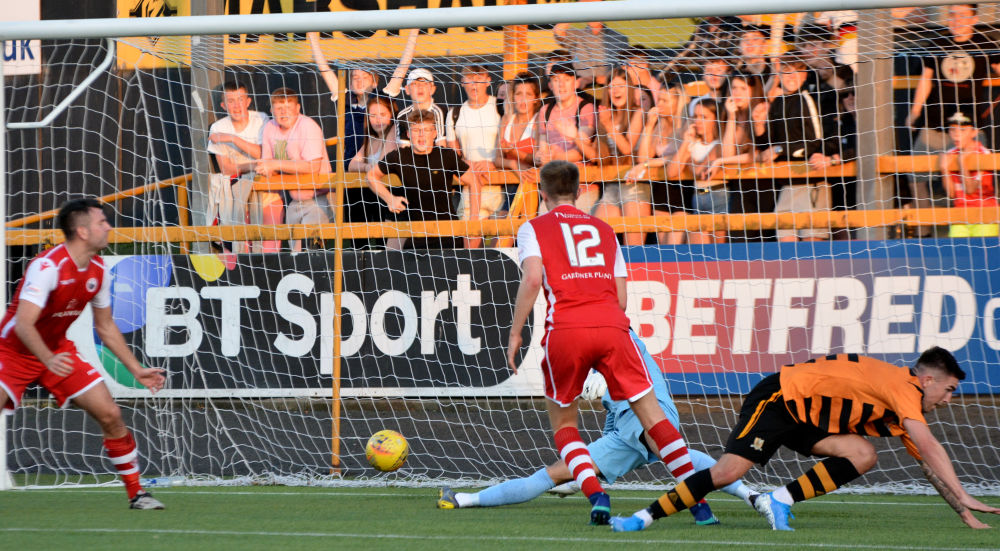 Kevin O'Hara scores his first goal for "The Wasps" 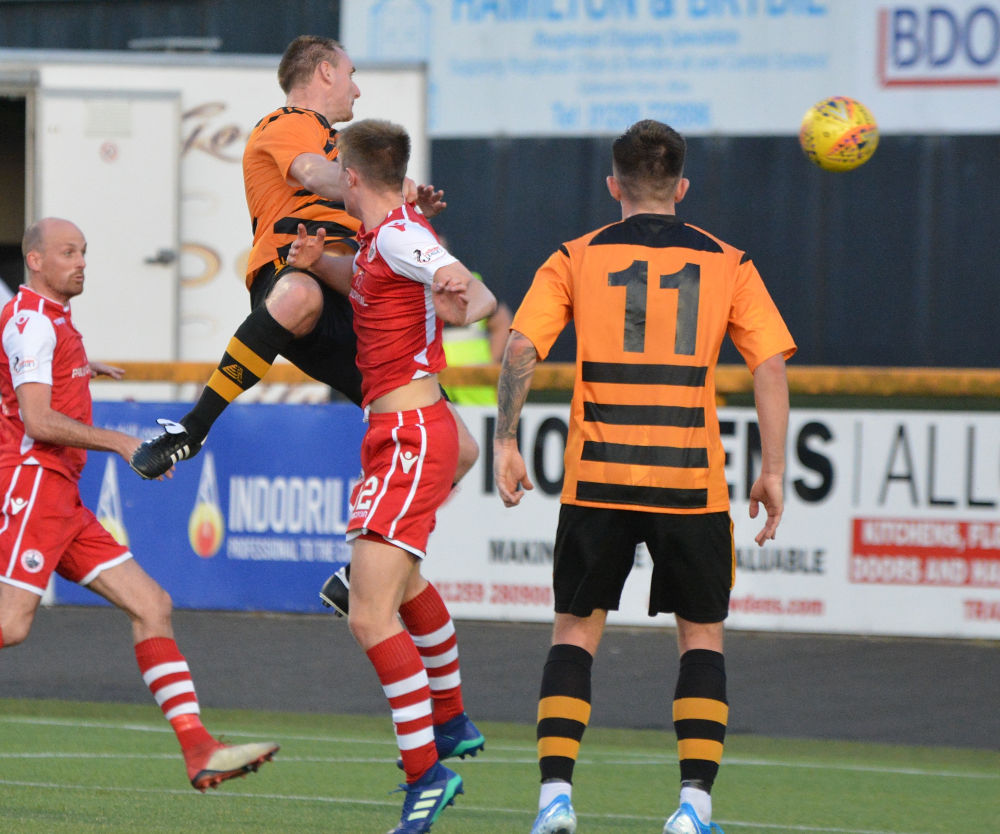 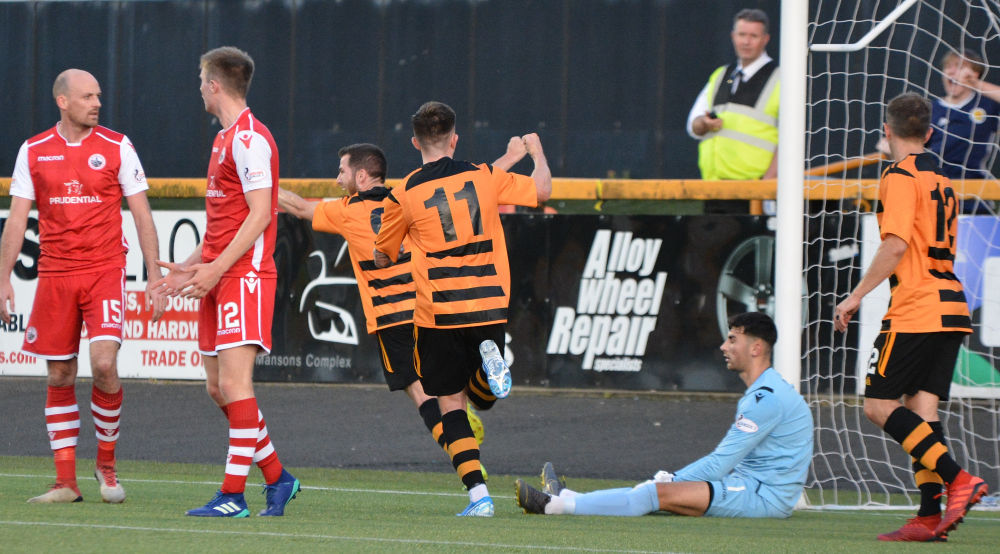 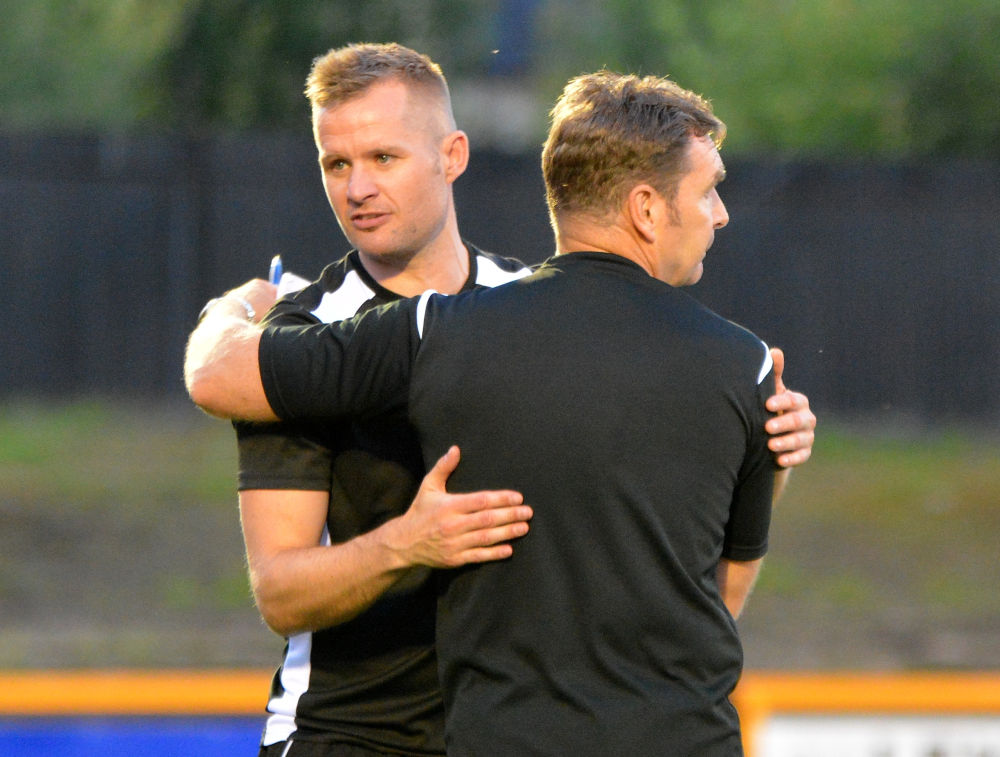 It is always great to win I have said that many times that’s what we are out here to do is win games of football, we got a bit frustrated because we didn’t move the ball quick enough and everybody was running all over the place, you need patience and you will get there, let the ball do the running. We think running about making wrong errors and killing space for other players that gave us a problem in the first half, even although we had a lot of the ball we didn’t really create enough chances and work their keeper enough, I’m not here to play pretty patterns I’m here to pass the ball to create chances.

The players once again showed great desire and commitment to try and do things which was asked of them, I thought Alan Trouten coming on changed the game for us, he was excellent. He gave us that little bit of space and the pass, with the intelligence he showed to find the space, not just follow the ball and I think that created space for others.

It is great for your strikers to get their goals, Kevin O’Hara got his first goal for the club but the most important thing is Kevin is getting a run of games again, I always wanted to have him as a striker and this will get his career back on track. Liam Buchanan does not need to prove anything at this level he is a goalscorer.

Neil Parry after suffering his injury at Easter Road on Saturday is aiming to be back for the opening league game against Partick Thistle, we are hoping it is not going to be too long term, young Chris who came in tonight made a few errors but his distribution was great and this will be great experience for him and a great opportunity for him.

Going forward to Arbroath on Saturday this will not be an easy game, Dick and Iain demand the maximum from their team, so we know what we will be up against, they will not make it easy for you, so we will know you are in a game every time you play Arbroath, the most important thing for us is the guys getting more minutes on the pitch. I now know the players I want to bring in and the areas in want to bring in, so it is just binding our time and waiting till the right players become available but we have a hell of lot good players at the club already.