The Wasps reached the 2nd Round after defeating Stirling Albion 3-1 at the Indodrill Stadium on Tuesday 15th August, which maintains the clubs long unbeaten record against Stirling Albion which now goes back to 7th March, 2009.

Jim Goodwin was forced into having only two outfield players on the bench such is the tightness of his squad, not helped by Greig Spence having to sit the tie out carrying forward an suspension carried forward from last season and Jake Hastie playing for Motherwell colts. 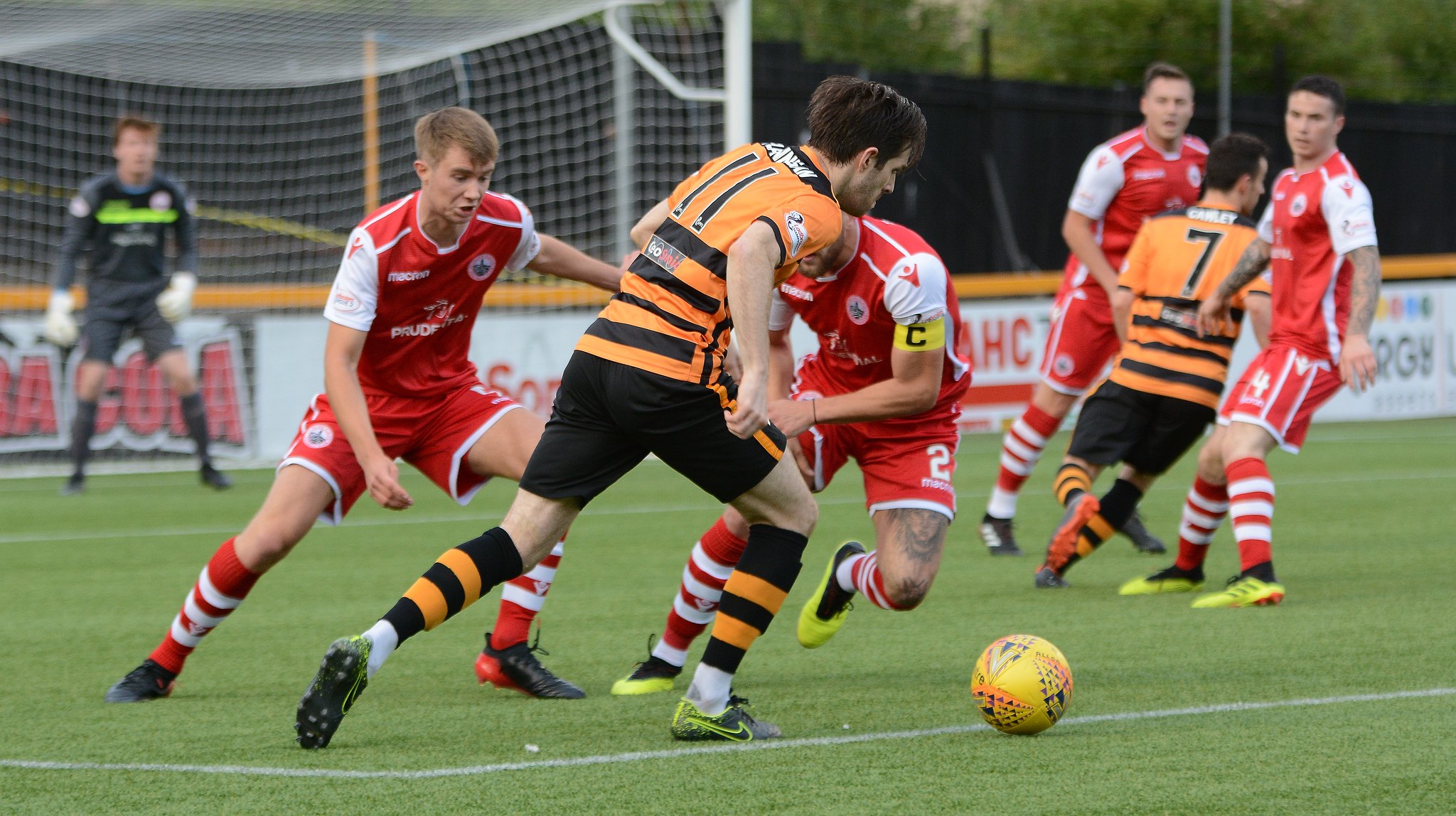 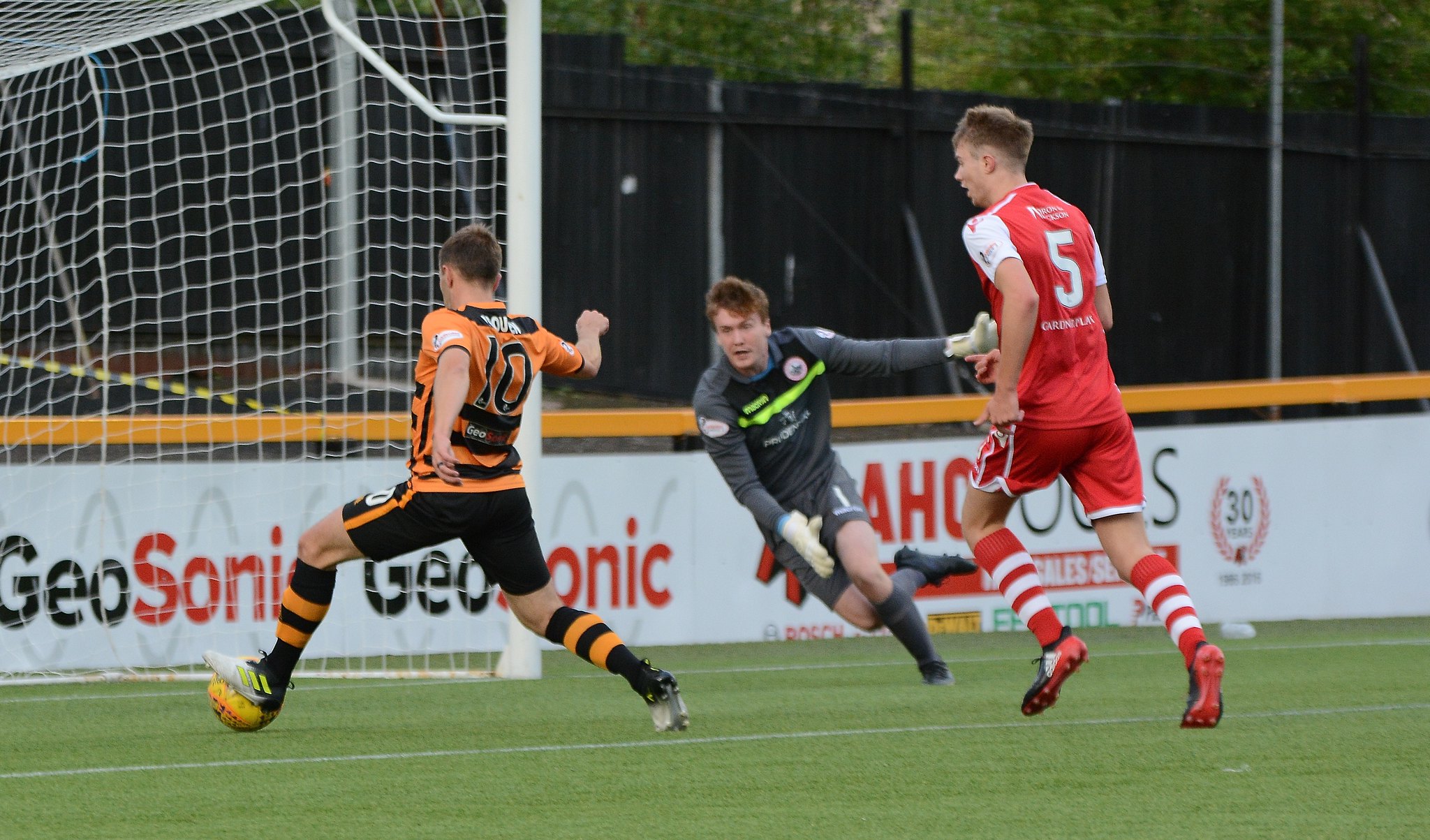 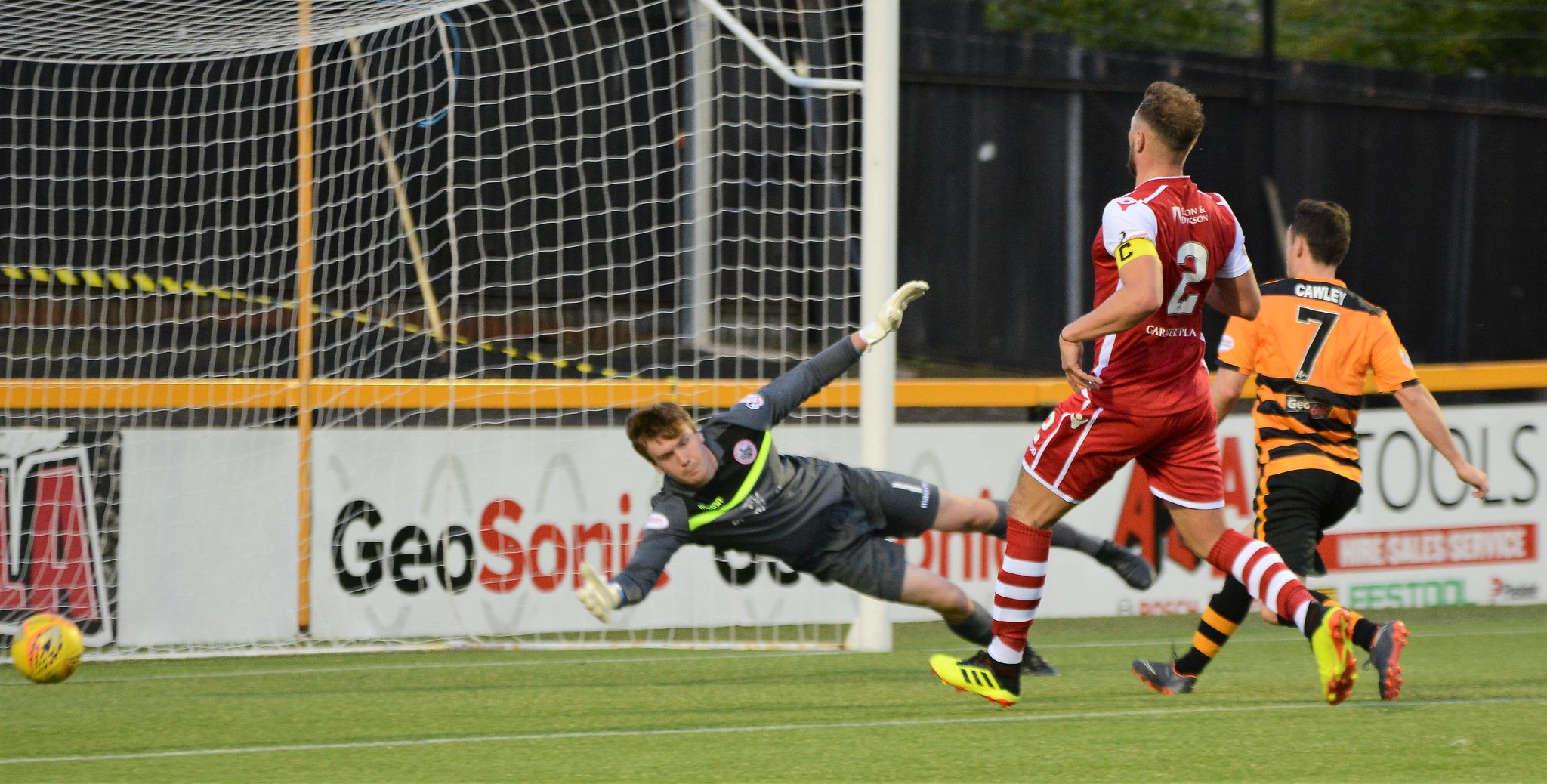 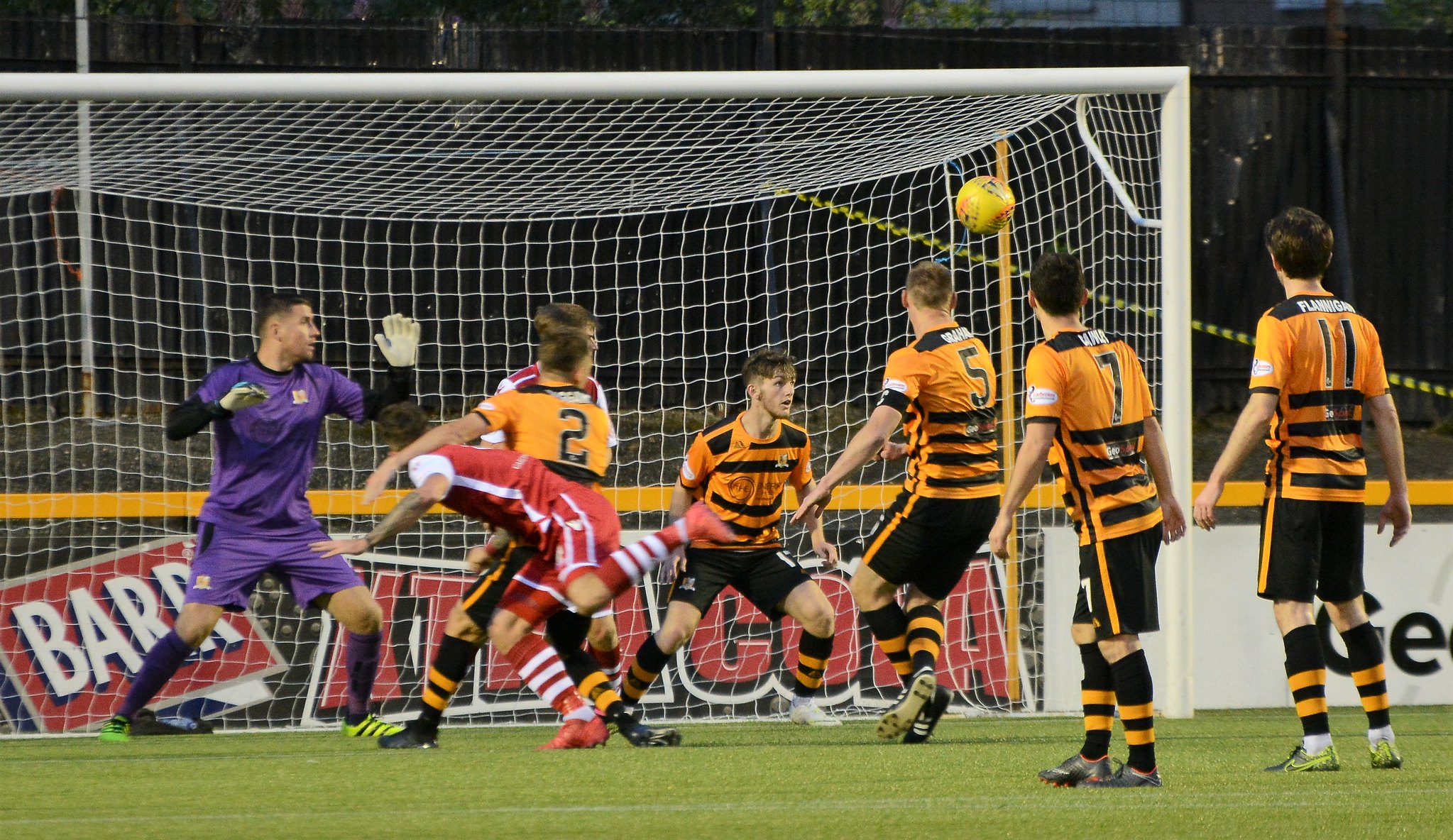 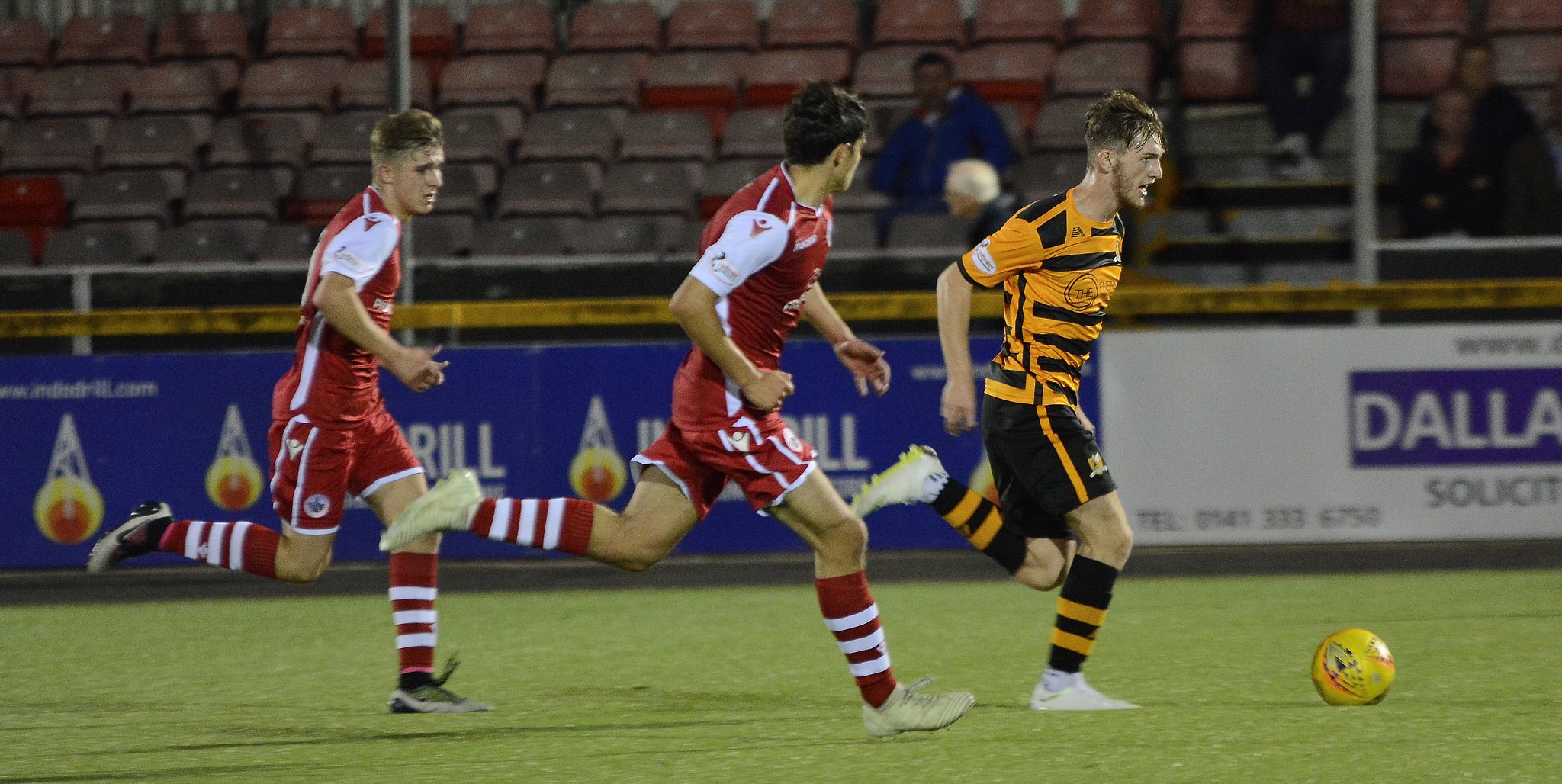 We said after the game, it was important to get the victory and progress into the next round, I felt first half was an excellent performance we were well on top, dominated the game, started the second half really well, scored a terrific goal then kind of had a spell of 15 minutes where we dropped below the standards required and allowed Stirling Albion back into the game, their goal was a decent corner from their point of view but we have to do better and mark their man and take responsibility in that area and we also got sloppy in the middle of the park, taking too many touches. However we ended the game better again and got our foot back on the ball, I understand the crowd want us to keep going and get four or five, Stirling themselves dropped off and we kept the ball and ran the clock down and just delighted to be in the next round.

I am quite relieved we have the weekend off now the players that are here have worked ever so hard through the pre season into the Betfred Cup and at the start of the season we have been really tight with limited options off the bench, we had to take Greig Spence out of the team tonight due to a suspension he picked up last season with Raith Rovers and Jake Hastie was back playing for Motherwell Under 21’s tonight, we were down to the bare bones again, so it gives me a good week to try and get the ones who are almost over the line and hopefully this time next week we will have some good news regarding signings.

We will come back in on Thursday night we will have a light session on Thursday and I think I am going to give the boys the Saturday off because the 13 or 14 players that are here have worked very hard both in training and in the games, they have given me absolutely everything so they have earned to have the weekend with their families.