“The Wasps” bounced back in style against Albion Rovers, winning 4-1 in a game they controlled throughout in front of their largest home crowd of the season at Recreation Park, 1,224 fans who witnessed a game Paul Hartley’s side took charge from the opening minutes, with great attacking football. Paul Hartley’s players must be congratulated for achieving finishing 2nd after coming up as Champions from Division Three last season. Next Saturday at Gayfield against Arbroath, Paul Hartley will want to end the season on a winning note prior to going into the Play Off matches. Paul Hartley rewarded youth players Michael Hardie aged 16 and Scott Hynd aged only 15, who becomes the youngest ever player to play a competitive league game for “The Wasps”, showing off two of the young players Head Youth coach Graeme Liveston has been bringing through the Youth Ranks at the club, who is a great sign for the future of the team. 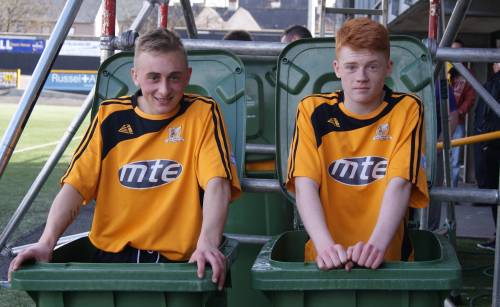 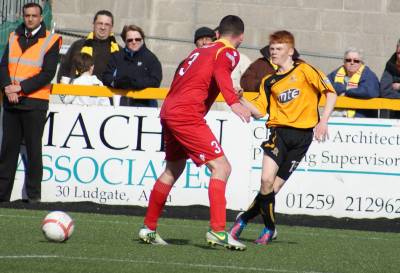 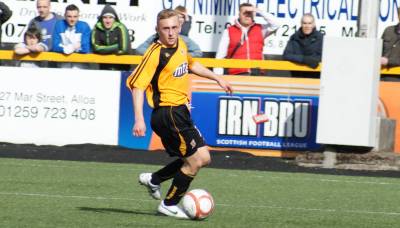 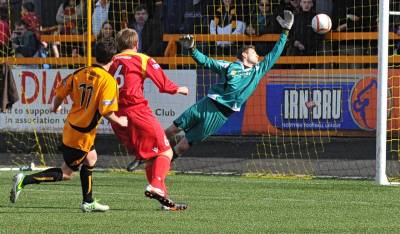 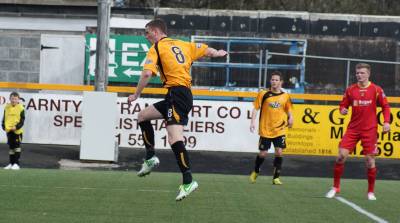 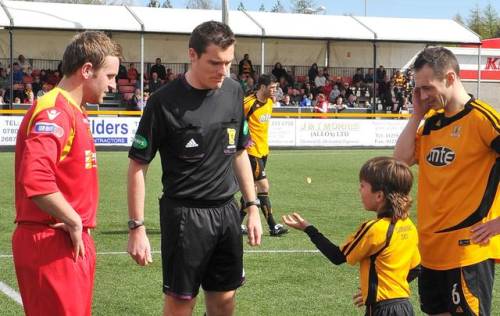 The players played well from start to finish, scored some good goals, with some good individual performances but the most important thing was it was a good team performance. We got off the mark quickly, we could have even had a couple goals early doors inside the first five minutes, credit to Albion Rovers they came back into the game but then after once we got our second goal we dominated from start to finish which some good individual goals . We scored two set piece goals both from the training ground , which is something we try and work on – fantastic when it works but it doesn’t always come off, it’s all about the timing and delivery and finishing it and Stephen has it in his locker to do that. I wanted to freshen the team up today and give some of the other guys a chance and they have done themselves no harm what so ever, it was a good team performance we had to make a few changes we also brought two of our younger kids on, young Scott Hynd at 15 is now the youngest player to play competitive first team football in the history of the club, and young Michael Hardie who is only 16, but we have four of five players coming through and it is down to head coach Graeme Liveston’s hard work and dedication to get players who can break into the first team, great for the club and the two younger players. We had a good team at the top of the table in Queen of the South, they deserved to win the league but I thought we have been consistent in our play, having come up from the Third Division I was not sure what to expect but the group of players that we have at the club, we have a good team and good individuals, great spirit and the players work hard for each other, they are a great bunch to work with, so pleased to clinch second spot in the Division. We now look forward to next week’s game at Gayfield versus Arbroath, we will look to get another good result – there is still three teams playing for a Play off spot, Arbroath, Forfar Athletic and Stenhousemuir, so we have to respect their position and look to do best for Alloa Athletic first and foremost and build on that. In the Play Off Semi-Finals we now know that we will face Brechin City, with the 1st Leg away at Glebe Park on the Wednesday and then the 2nd Leg back at Recreation Park on the following Saturday – we have two games to get to the final. The attendance was great today, the chairman has did well giving out free tickets to the younger supporters – hopefully some of them will come back, but this will only happen if they see the team performing on the park which they certainly did today.