“The Wasps” recorded their biggest victory of the season against an Albion Rovers side who had won their previous league fixture against Arbroath 4-0. Alloa  manager Paul Hartley was delighted to collect another three league points, their 3rd league victory in a row. Some of Alloa’s direct attracking play was a joy to watch, with the 5-1 scoreline not flattering his side in a game striker Martin Grehan scored a hat-trick, his first for the club. 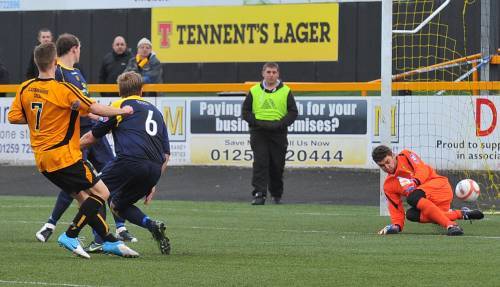 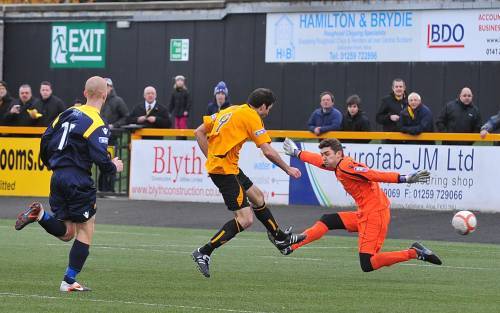 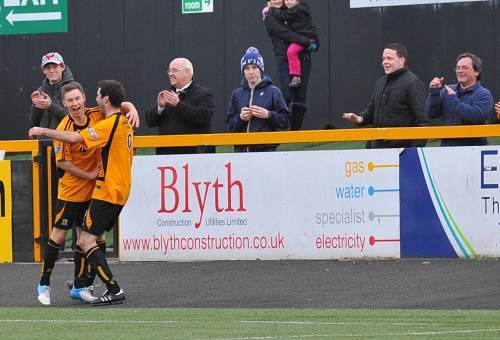 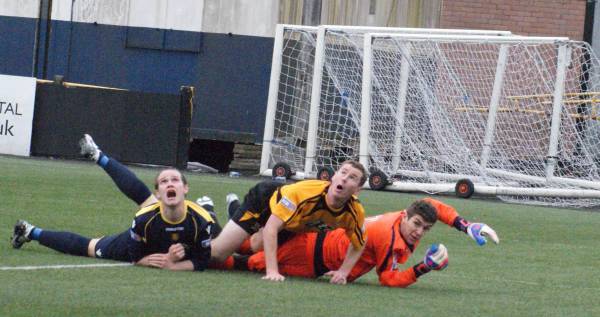 The first half was really good, at half time I thought we should have been a few more goals up, we played well, we moved the ball well, midfield and forwards looked really dangerous. It was good for Martin Grehan to get a hat-trick, so I am pleased with the performance – it was a bit sloppy after half time when we let them back into the game but I thought we had total control of the game. I don’t want to speak about next weeks game I just think it is nice that we got three points here today. It was a good all round performance by Martin he has been out of the team for a couple of weeks due to me using player rotation – it was good for him to get his goals, the first one was a magnificent finish I was pleased for him he played well today. Mitch Megginson played well in potentially his last game today, he obviously can’t play next week but we will try to do something to get him on a longer term deal. It was the result that we were looking for today. Darren Young missed today’s game after picking up a sickness bug so we left him out today to get his energy levels back up. We will be trying to win as many games as we can and see where that will take us at the end of the season.