“The Wasps” collected another three massive league points on Saturday, defeating league leaders Ross County 1-0 for their seventh victory in this season’s SPFL Championship, once again proving there is very little between the sides in this season’s league.

Alloa showed plenty of attacking threat and took the game to the league leaders. Jack Aitchison was able to make his Alloa Athletic full debut having returned after Scotland Under 19 duties and he certainly caused “The Staggies” plenty of problems.

“The Wasps” had great pace on the attack and Dario Zanatta gave them a deserved lead on 33 minutes with a fantastic solo goal to break the deadlock.

As half-time approached the only disappointment was the fact the scoreline was only 1-0 as “The Wasps” could have had another couple of goals.

It had been a tough week for Jim Goodwin’s team playing Dundee Utd, Inverness CT and Ross County back to back.

Ross County brought on ex Wasp Ross Stewart to add to their attacking options as they looked to get an equaliser, but Neil Parry was in superb form and was equal to anything in front of him to secure his eighth shut-out for the season.

The victory for “The Wasps” was well deserved and helped to repay their loyal supporters who travel all over the country including the midweek trip on Tuesday night to Inverness to give them their backing.

The players have done great to stay in the mix and now only five points separate the bottom five clubs. 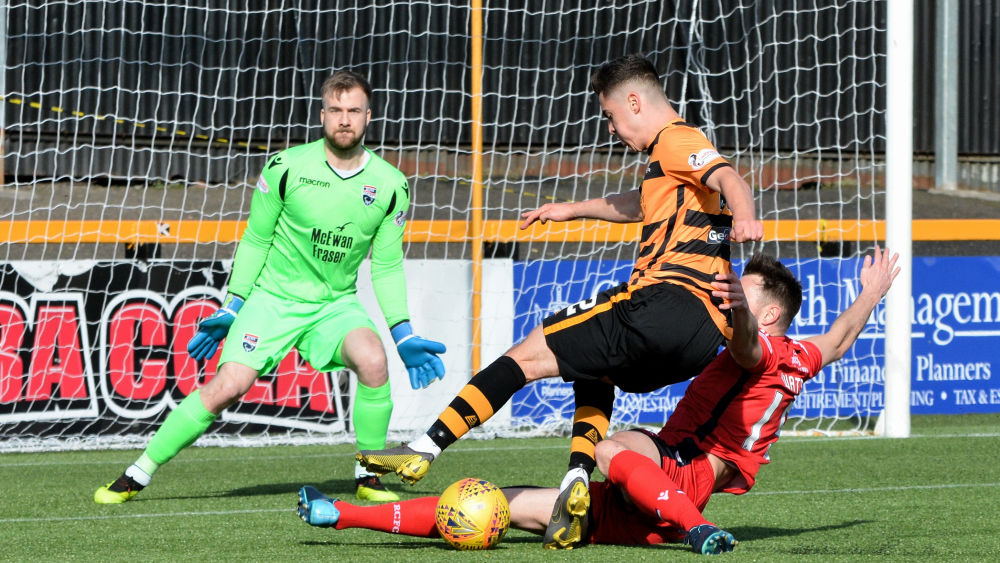 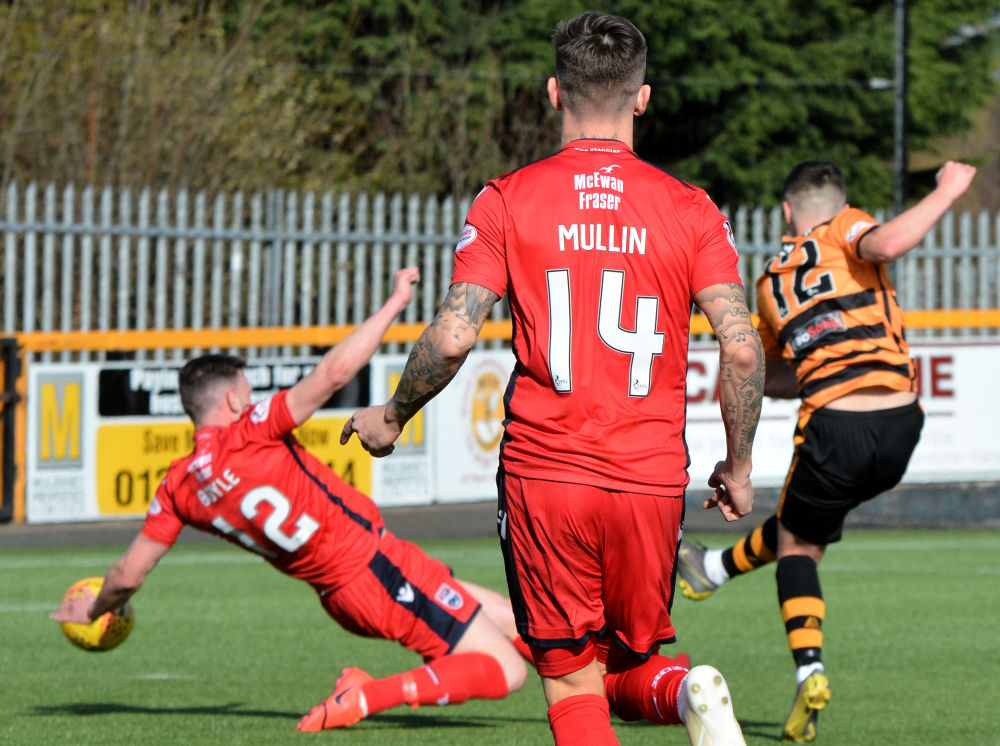 Andy Graham header turned over the bar by Scott Fox 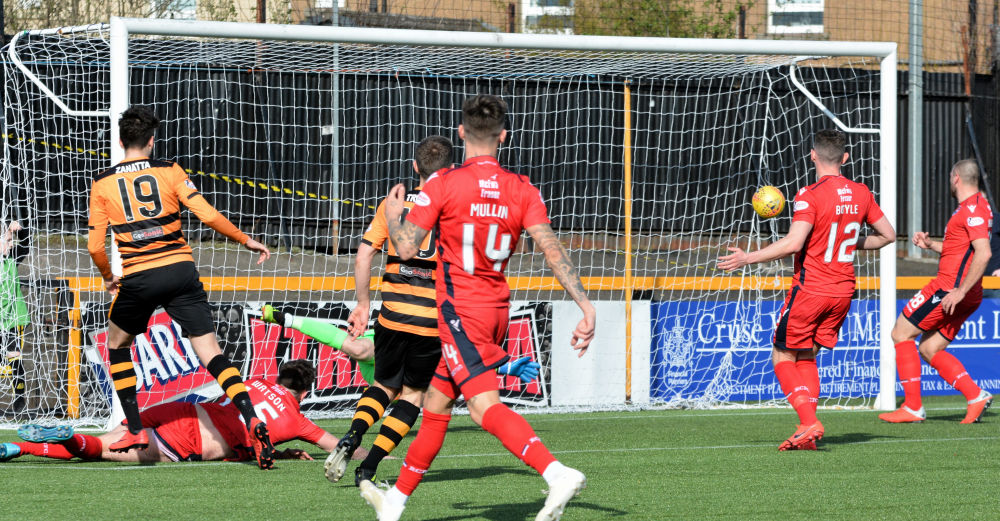 Dario Zanatta with his 7th goal of the season 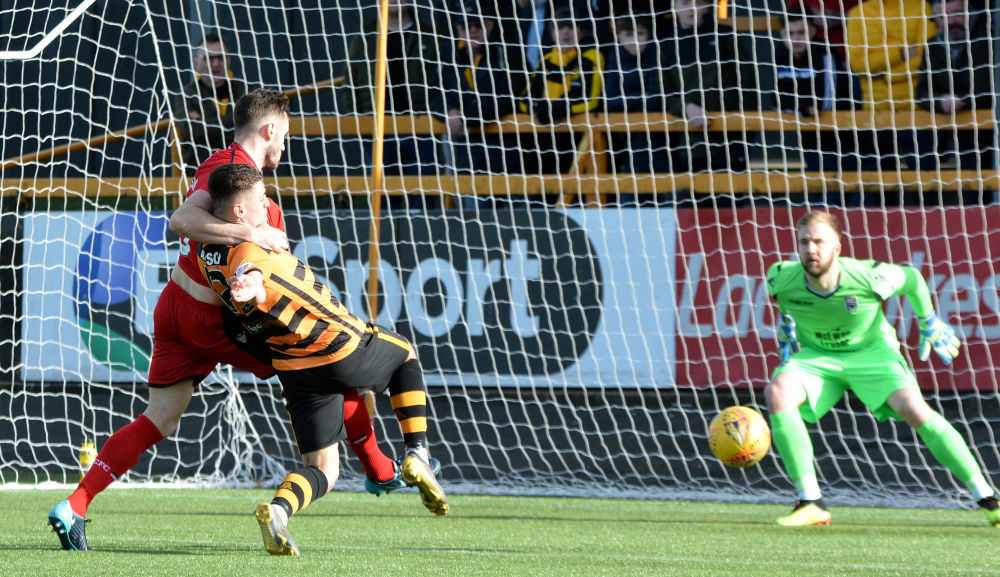 Keith Watson pulls Jack Aitchison in box and gets away 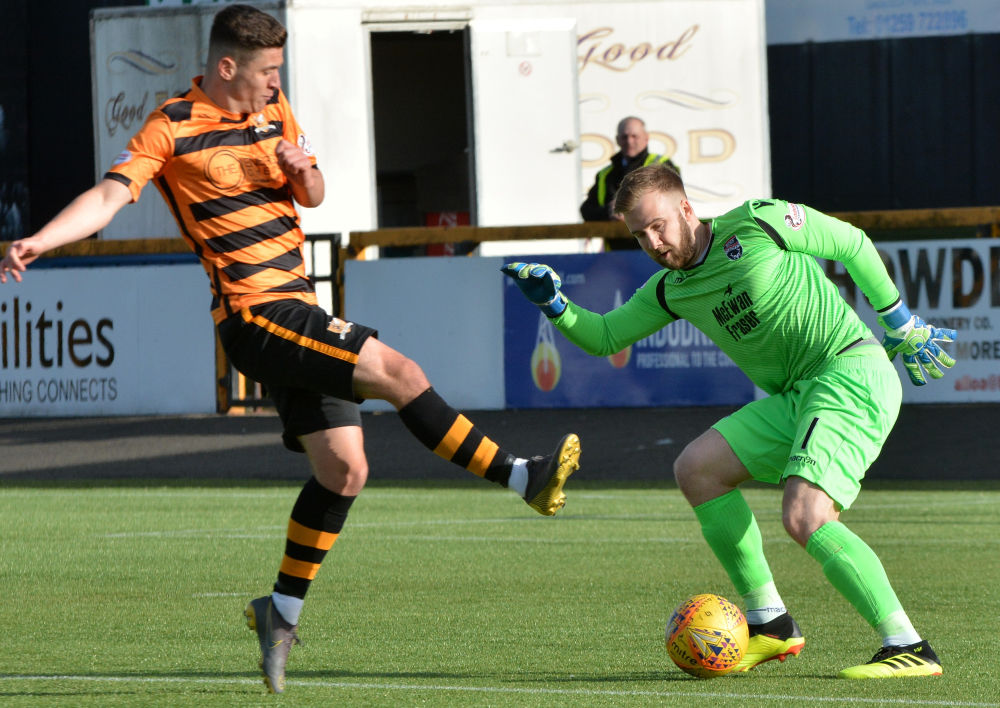 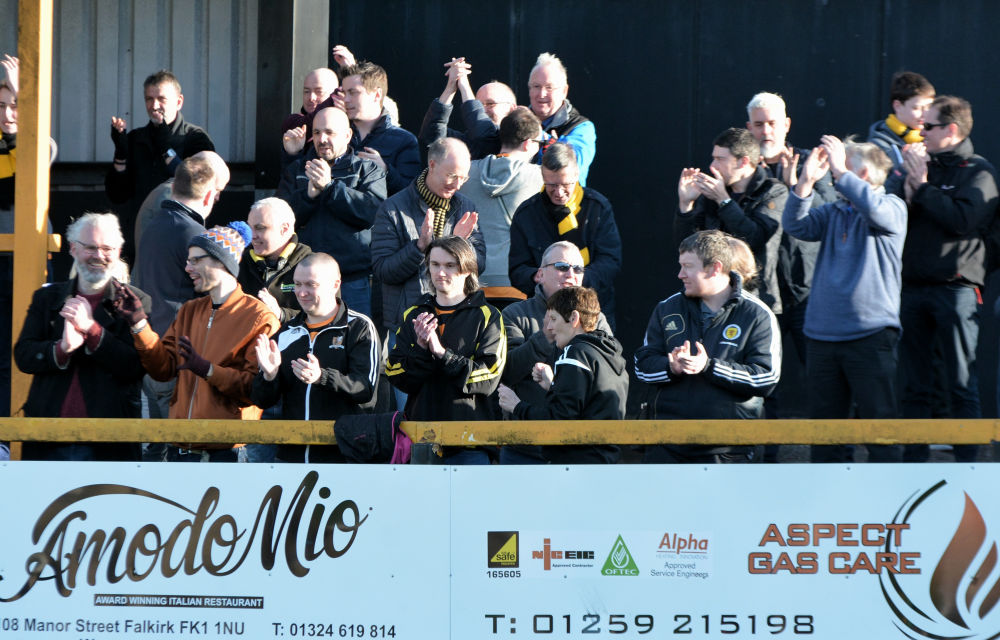 We are over the moon with the result which has been long overdue, the three previous games against Ross County have all been close encounters barring the one up their the last time but we were confident coming into today’s game, I know we haven’t been on a great run and everybody would have expected the league leaders to come here and turn us over quite confidently. We worked hard during the week, it has been a really tough week for us, the players energy wise has been testing after two really difficult away games against Dundee United & Inverness CT, the players had to recover quickly because we knew this afternoon was going to be difficult as well and I thought every single one of them was outstanding there was nobody below 7 out of 10.

We are capable of beating anyone on the day if we all turn up and we all play to the level required, we needed our goalkeeper to make a couple of key saves, our centre half to be brave and aggressive and the boys at the top end of the pitch to be on it and I thought to a man, even the boys we came on all contributed something towards a massive three points.

I think the players have done great just to stay in the mix when you consider we have had only one win in seven prior to today we have been on a sticky run but the players deserve all the credit for keeping us in the hunt, I keep saying to you guys and everyone else “The pressure is on everyone else”.

They have all chucked a lot of money out in January, they are all full-time, nobody gave us a hope before a ball was kicked this season apart from ourselves, the board, the boys in the changing room and the people at this club, we were the only ones who could see us saying in the league, with six games to go we still believe we can stay in the league, we have a huge week coming – we play Falkirk Saturday, Greenock Morton on Tuesday and Queen of the South at home the following Saturday, three huge games that could really be decisive where we are going to be next season, and we don’t fear any of those three teams.

Our only criticism at half-time is we were only 1-0 ahead, we should have been two or three up, I thought we had a couple of decent opportunities, I know Neil Parry had to make a good save in the first half but I thought we could have been at least a couple of goals ahead at half-time. The manner of the victory was brilliant, we had to put our bodies on the line at times and we stuck together in the last ten minutes when it was wave upon wave of pressure, Ross County could make some very big changes with Ross Stewart coming off the bench who we know all too well, we know the qualities Ross has and our defenders had to stand up to them, they ended up with two big boys up front, they were very direct and threw everything at us but to a man they all stood up to it and Neil Parry made some vital saves as well.

It has been a difficult week and I think prior to the Dundee United game if you had offered me three points from these three games, I would probably would have took it to be honest to you. So it puts us in a great position going into the remaining games, the boys are feeling great about themselves, we love this league, we love being in Championship and we want to stay here and we will fight and scrap for every single ball to try and stay in this division.