Four games in two weeks appeared a bridge to far for “The Wasps” on Saturday against Ross County at the Indodrill Stadium. In truth Ross County were worthy winners on the day but with the scoreline still at only 1-0, the second goal not coming until two minutes into time added on an the end of the game, Jim Goodwin’s players gave everything knowing that a draw on the day would have been good enough to win the section.

Ross County looked to bounce back from their midweek reversal against Arbroath at Gayfield and certainly Stuart Kettlewell & Steven Ferguson must have been pleased with the reaction, giving Alloa very little space and quickly closing players down and winning second balls.

The Wasps did well to go in at half-time at 0-0, thanks to some excellent goalkeeping by Neil Parry. The opening goal when it did come just before the hour mark had a touch of fortune about it, defender Callum Morris deflecting a shot across goal past Neil Parry.

The closest “The Wasps” came to getting an equaliser was through Greig Spence about fifteen minutes prior to the end of the game, his overhead kick left County keeper Scott Fox stranded as he watched as the ball creeped inches past the wrong side of the post.

Alloa manager Jim Goodwin could not fault his players effort on the day but did conceed County were physically stronger and taller and he is still on the look out to strengthen his squad. 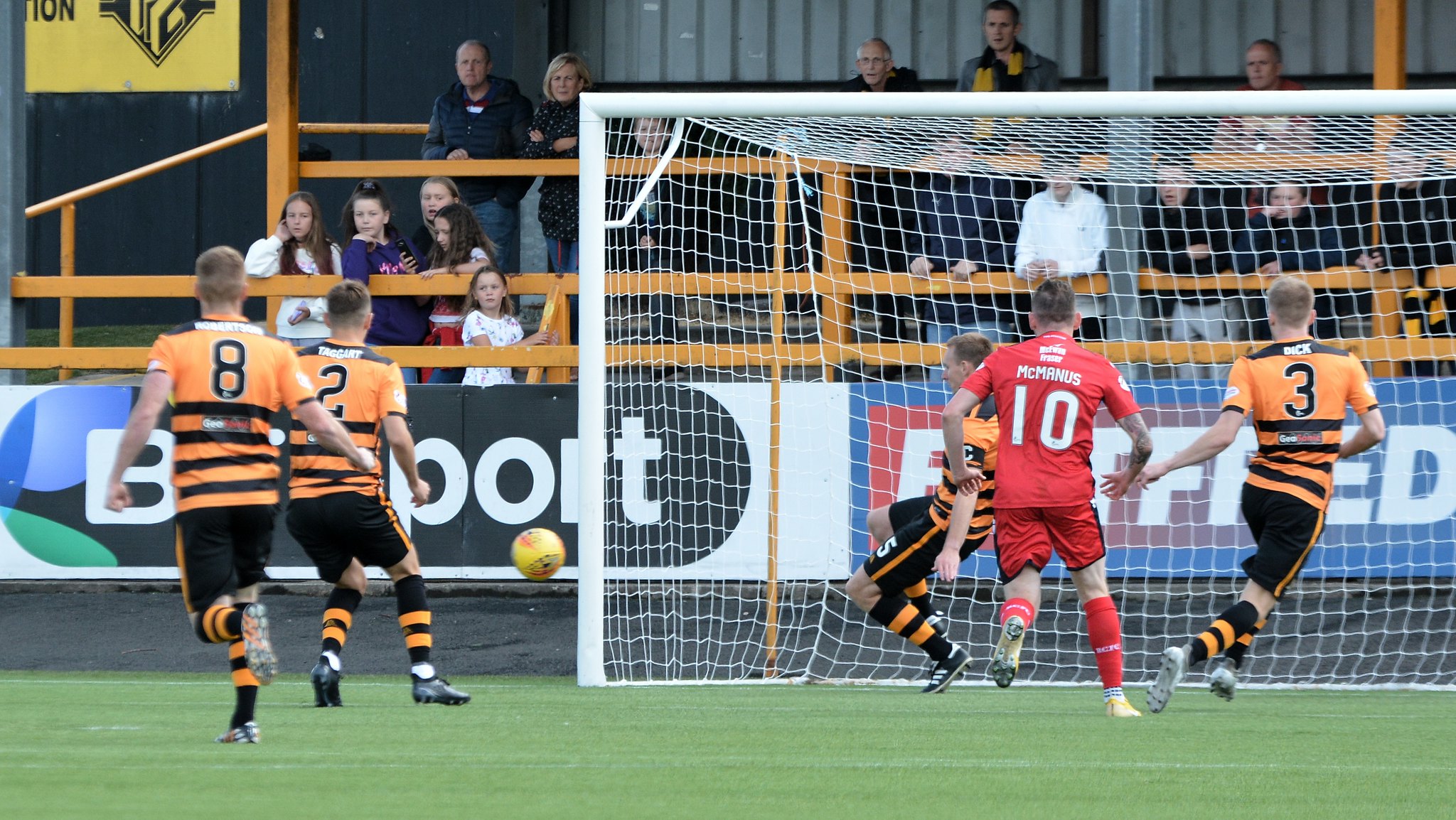 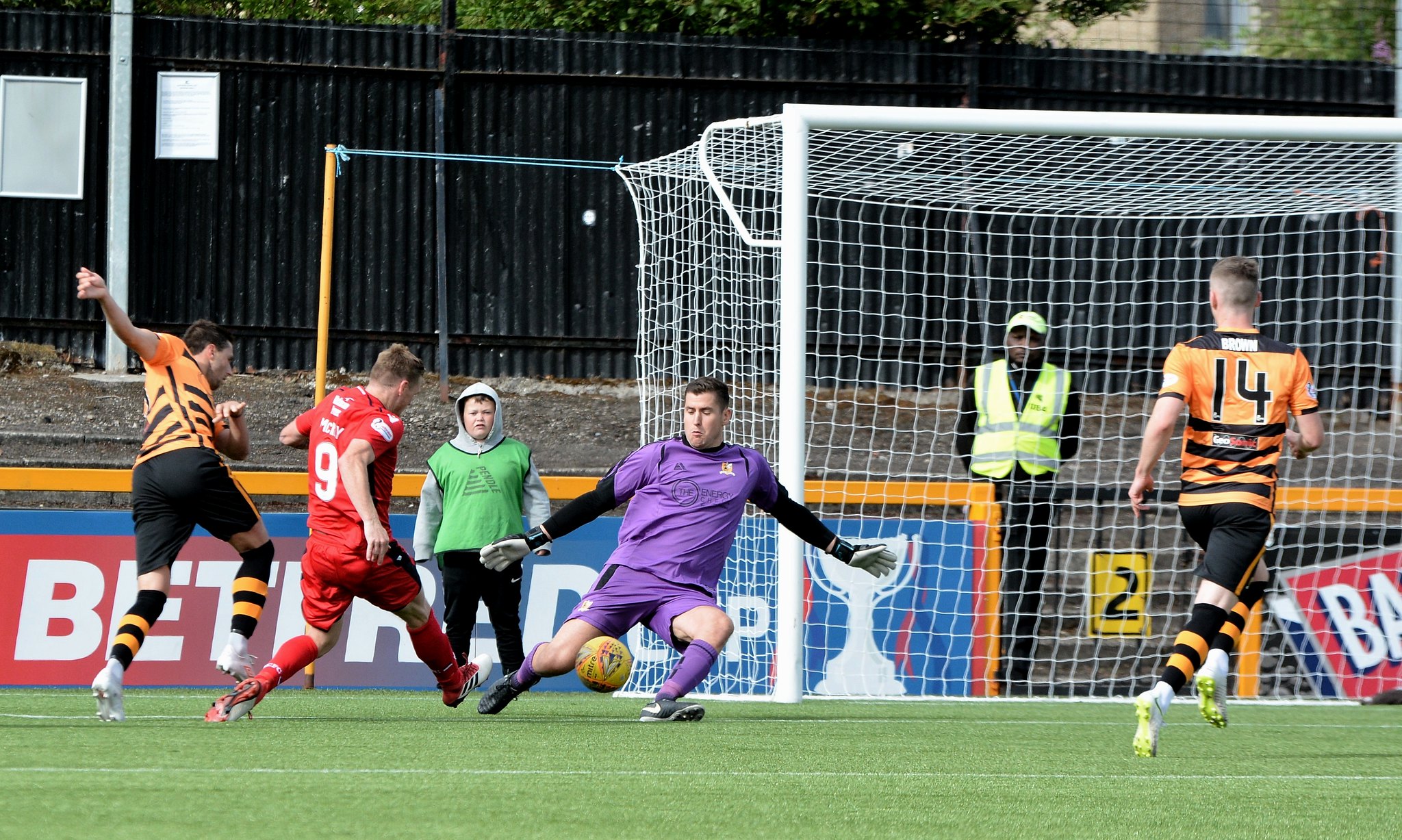 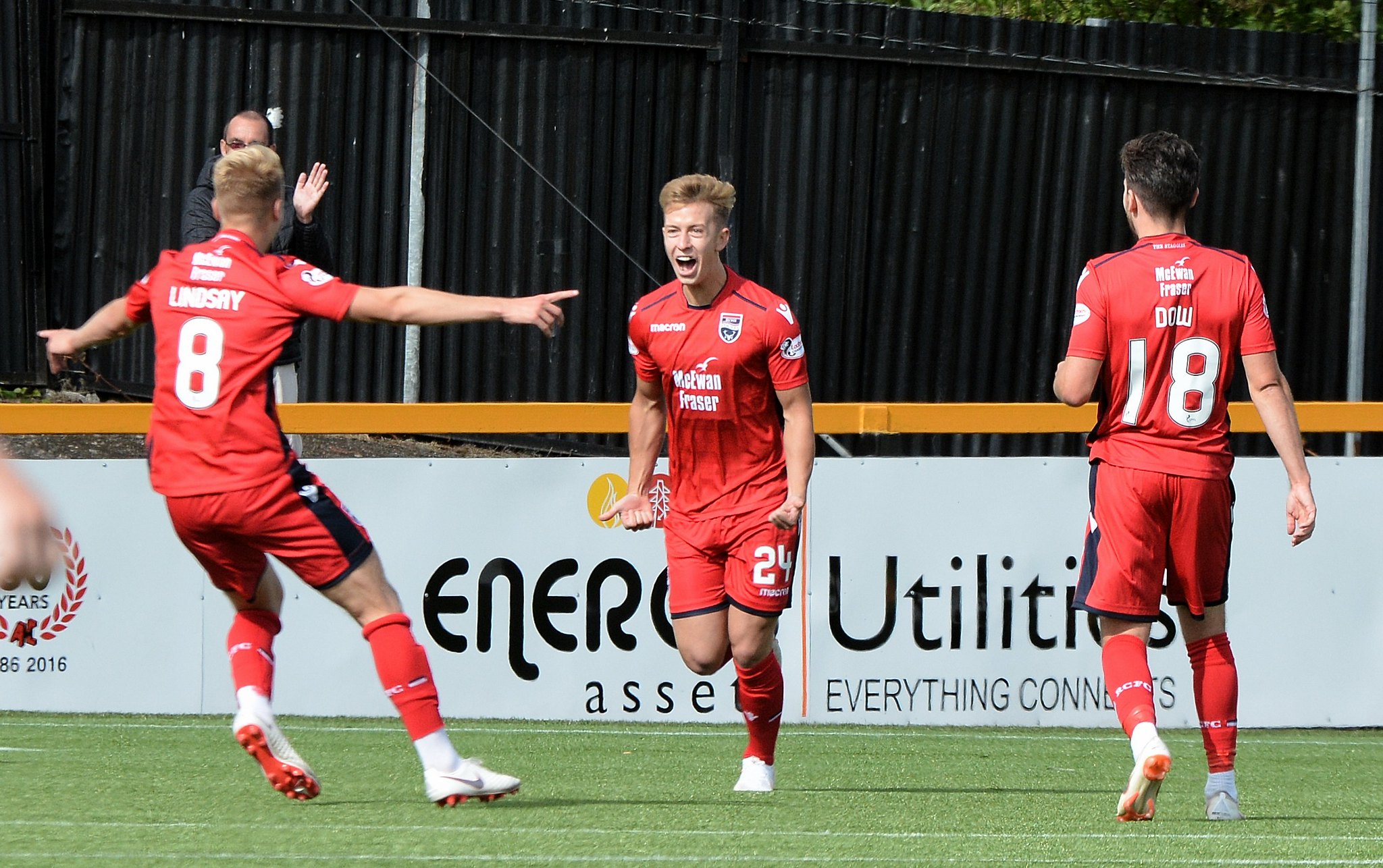 jim goodwin after wasps go out to ross county

It was a disappointing day, I couldn’t have asked any more from my players in terms of effort from the boys but I think it was just one game too far, to be honest we had four games in two weeks and we have a very small squad and I think that showed today. We were a little bit leggy I am being honest but in fairness I think Ross County were the better team on the day, there is no arguments there. I went to watch them against Arbroath and I knew they couldn’t be as bad as they were on Wednesday night and I was expecting a reaction and I think they got that, they were the better team. We didn’t create anything of note, I can’t remember us making Scott Fox make a save. We are disappointed to have got eight points from a very difficult group, but were nowhere near getting through in the end. We knew had to get at least a point, to achieve nine points before a ball was kicked today, as it is a point today would have won us the group. It would have been great but unfortunately it just wasn’t to be – We need to pick ourselves up now and look forward to the league campaign starting next week.

I  think if you look at the goals we conceded today, there was not a great deal we could do about them, we defended a corner well initially and it was a ball knocked back into a crowded box which takes a deflection and goes in, it was not like we had been carved open. The second goal we were committing bodies forward which  wouldn’t have happened normally, so I’m not really bothered about the goals against it would be different if we had been getting picked off and lose the game to four or five goals I would be concerned, I’m not concerned the lads have put in a great about of effort in the last couple of weeks, we have been played well picked up some decent results, scored a lot of goals but the evidence is there that the squad is light and I will need to work hard this week to try and get some bodies in and help the lads out because I limited to the amount of chances in could make; I had a couple of defenders on the bench that realistically weren’t going to come on and change the game, the one change I could make was bringing on Adam Brown but it would be nice to have one or two more attacking options so that will be my main job before the transfer window closes.