Manager Jim Goodwin was again disappointed after “The Wasps” lost their third league game in succession to drop to ninth position in the table as Falkirk ground out the three points. Once again “The Wasps” started brightly and looked to take the game to the visitors. Dario Zanatta causing danger from the wing but the all important opening goal was at the Clackmannan Road end of the pitch with Falkirk captain Jordan McGhee heading home his first goal of the season.

Alloa came straight back looking for an equaliser Alan trouten had an effort blocked before Connor Shields slammed home a deserved equaliser just after the half hour mark, his second goal of the season to bring the game level.

The visitors Falkirk looked more solid in defence than earlier in season but Alloa looked to take the lead before the break and were denied when Paul Dixon blocked Alan Trouten effort off the line.

Two minutes into the second half Alloa were to lose a killer second goal when they did not clear their lines and the ball was played across the face of the goal for an unmarked Mark Waddington on loan from Stoke City to score his first senior goal.

Alloa applied pressure and had the best of the possession but Falkirk remained resolute and could have scored themselves again on the counter attack. Although at times Falkirk had ten men behind the ball they had more shots on goal than “The Wasps” which was frustrating. Alloa manager Jim Goodwin, brought on both loan signings Jack Hamilton & Jack Aitchison to try and clinch a point. The closest “The Wasps” came to clinching a draw was a Scott Taggart shot which just missed the target at the far post, Jack Hamilton had a half chance in front of goal but it just wouldn’t sit for him. Indeed another goal line clearance after William Edjenguele sliced a cross ball across towards the net but was cleared off the line by Ciaran McKenna.

As the clock ticked down, Alloa keeper Neil Parry ran upfield from his goal to add height at a corner kick but to no avail as Falkirk keeper Harry Burgoyne gathered under pressure. A game there was not much between the sides but Falkirk gained the important three points on this occasion. With now twelve games left we will go again against Partick Thistle who are currently bottom of the table but have strengthened in the January transfer window, in what will be another difficult game but on our day we have already shown this season we can be a match for any team in the division. 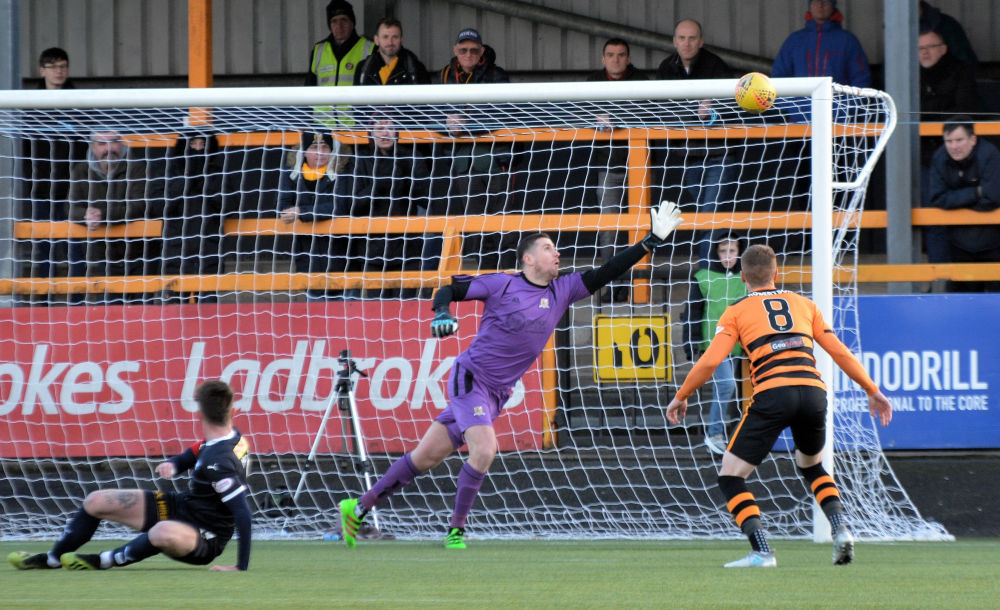 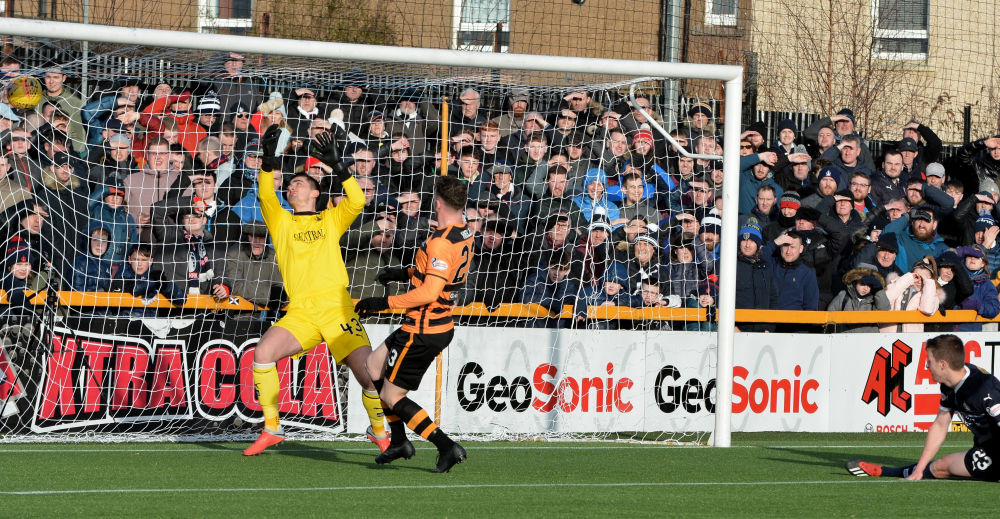 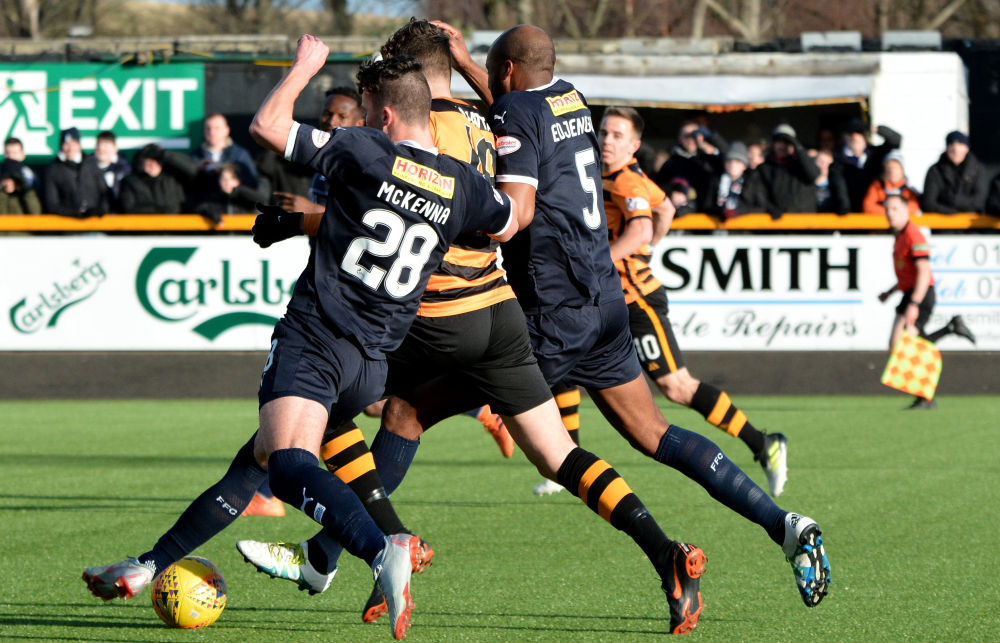 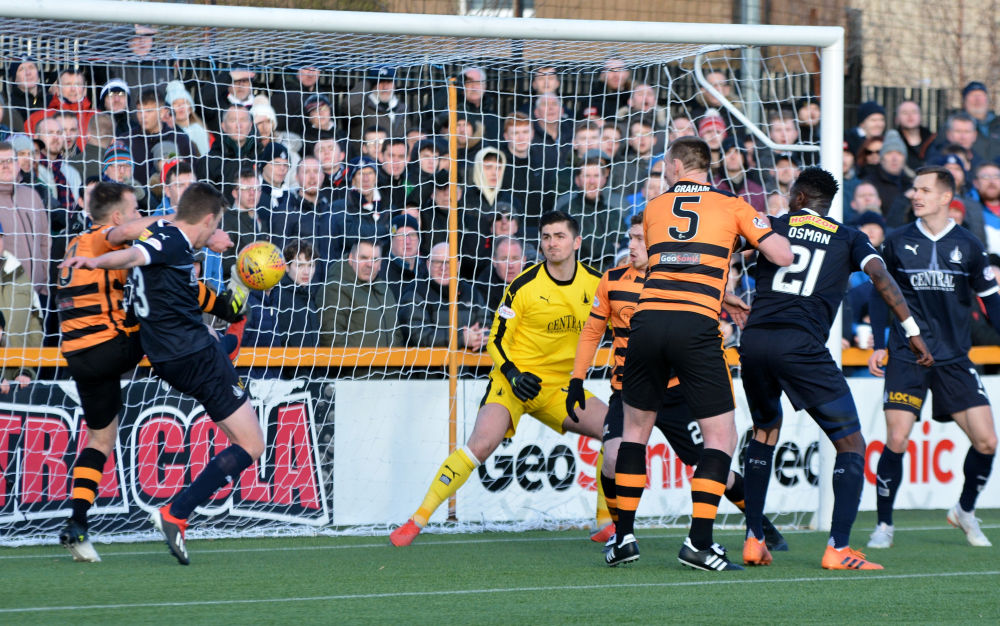 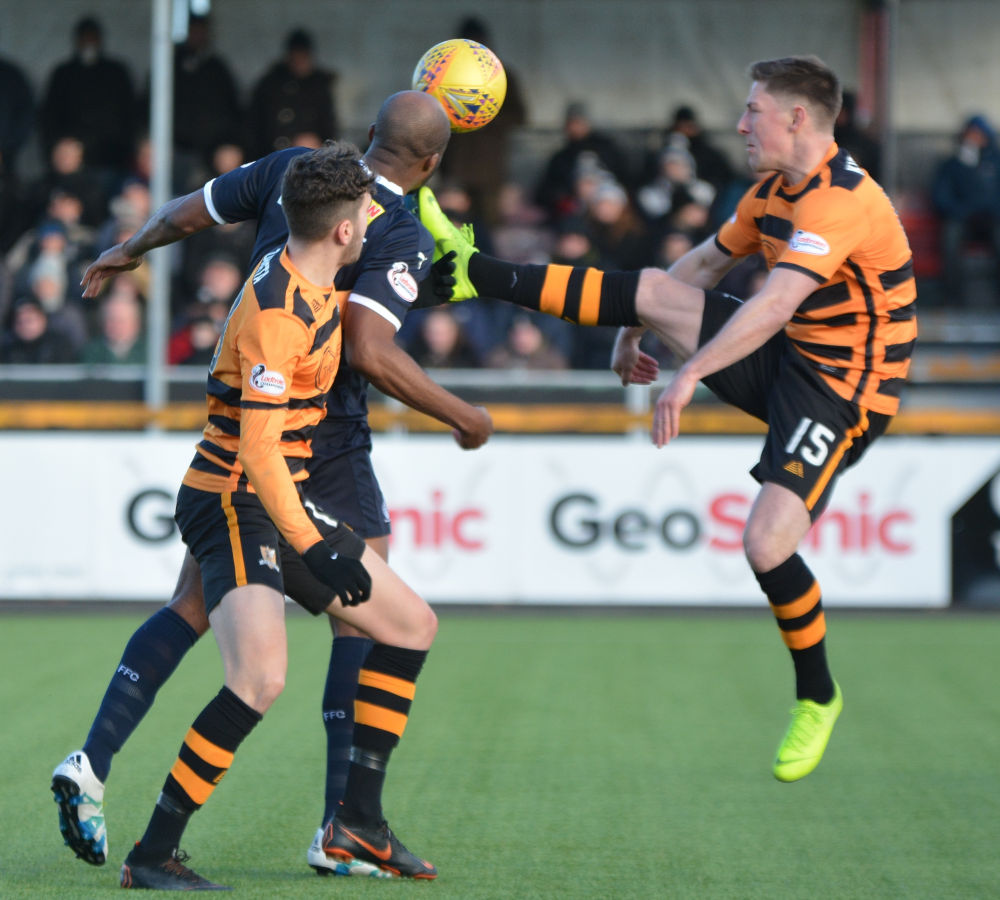 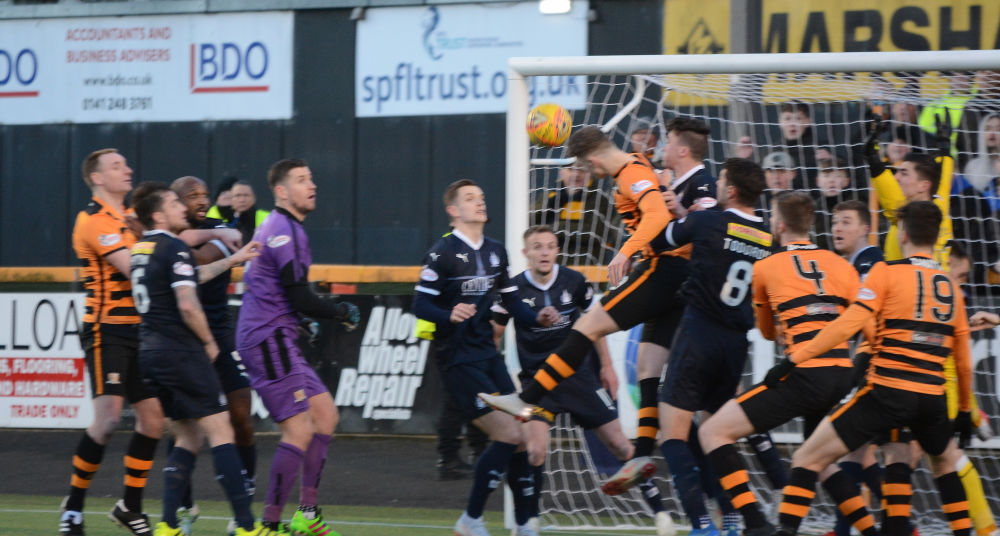 I don’t want to sound like a broken record but recently I have been saying how we are gifting teams goals which is completely out of character for us as a team. We now just have to pick ourselves up again, in the first half I thought we played really well, conceded a poor goal then came back to score a decent goal ourselves which took us in level at half-time. Then it was a carbon copy of last week, where we get it back to 1-1 at half-time and we were looking to take the game to Falkirk and then concede a goal within the opening two minutes. A really poor defensive goal with a catalogue of errors, we should have put the ball out of play in the far side, we then had two miss timed headers, its just unfortunate but that is the way it is and Falkirk are the kind of team once they get their noses in front they are a very hard team to break down, and they managed the game very well in the second half in fairness to them but they did get ten men back behind the ball and made life very difficult for us and unfortunately we just couldn’t find that key pass to break them down.

I have no concerns on how we are playing in terms of possession wise, that’s the way we play, I said that to the players on Tuesday evening as it is coming into the time in the season when it is all about results, but I still want us to try and play good football and gain results that way, I’m not going to ask them to play a style of football that is not how we train and put ten men behind the ball and just hang on, that’s not the way we have done it up until now and it is certainly not how we are going to be playing in the next twelve games. We will continue to play the way we play and hopefully luck will change and we will stop making the individual errors which we are making just now and one result can make a big difference and we will have another massive game next Saturday against Partick Thistle and hopefully get back to winning ways.

I have just said to the players there is no point dwelling on today’s result , we will work hard in training, and we will look back at the video analysis and try and cut out the mistakes because at this moment in time we are needing to score three goals to win a game and that is not realistic.