After going ahead after only six minutes at Broadwood, Stevie May scoring his 18th goal in 21 games for the club, “The Wasps” appeared to sit on their early lead and not capitalise on their opening goal. Paul Hartley’s men still had chances but were to be punished for not extending their lead. The home side were unfortunate to have a goal disallowed just before half time as the fought to get back into the game. Credit has to be given to Jim Duffy’s side for they way they fought back into the game and ex Alloa player Pat Scullion, playing up front scored the goal which earned Clyde a deserved point. The draw now means Paul Hartley’s team have 76 points, equal with Tom Hendrie’s 1997/98 Third Division Champions, however in our final home game next Saturday against Annan Athletic the team will have the chance to beat that total and finish the season on a high in style. 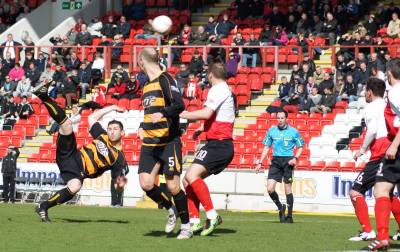 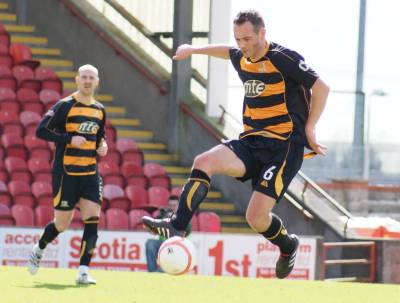 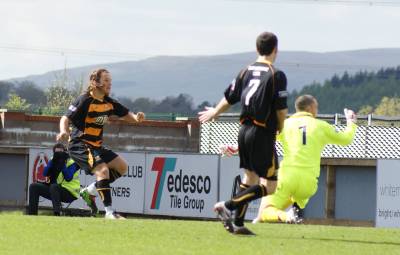 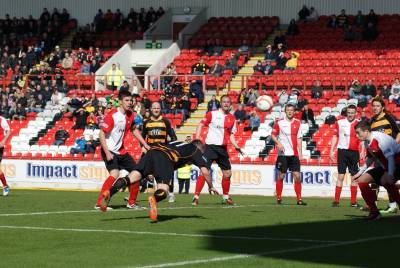 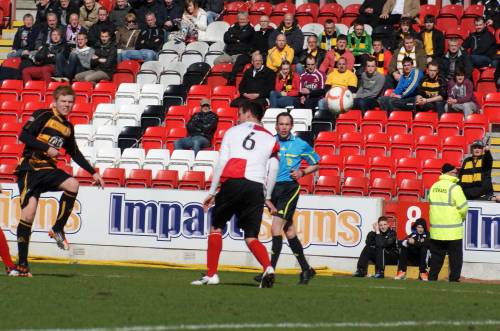 We were a little bit flat today – we started really well in the first 15 minutes we were excellent after that it was not great. We were excellent last week I think we just took our foot of the gas a little bit – I thought during the first 15 minutes I was enjoying it but the rest of the match I didn’t enjoy – we didn’t pass well, the tempo of play was too slow, decision making was poor – the main thing is that we didn’t get beat. I didn’t think Clyde looked like scoring today but all credit to them they worked hard. We still had the best chances of the game. We scored a great goal – we have done well all season passing the ball , but we look forward to next week when we get the trophy – that has been the reward for all the hard work – at the start of the season we said we wanted to be in the top four and we managed to do that in style, so next week will be great – we are hoping for a big crowd – we want to put on a performance I don’t want it to be flat – I want to go and win the game – we want to encourage as many people as we can to the game and hopefully come back again.