Alloa Athletic returned to winning ways and collected another three valuable league points after Darren Young scored the winner against Clyde at Recreatuion Park. The most important statistic in thios game is collecting the three points, we will have played better this season and not won but on the day 3 points was the main concern. Clyde were well organised and Declan Gallagher was outstanding in their defence, “The Wasps” were finding Jim Duffy’s side tough to break down. In the second half Alloa moved up a gear and patience paid off when Darren Young scored his first competitive goal for the club which proved to be the winner. In was a great relief for all the Alloa Athletic support when at some times in the season it was felt the team had to grind out the result, the victory again gives “The Wasps” a eight point cushion at the top of the league but every game in the run in will be just as difficult. Next up is a trip to Galabank to play Annan Athletic – a ground “The Wasps” have still to record a victory on, no better time than next Saturday to put this right. 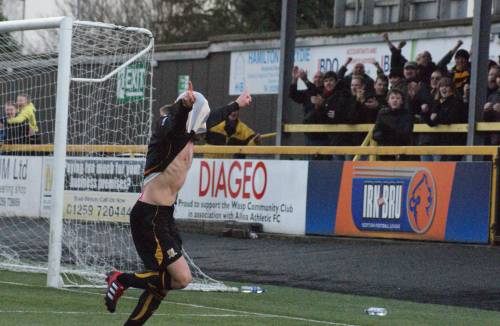 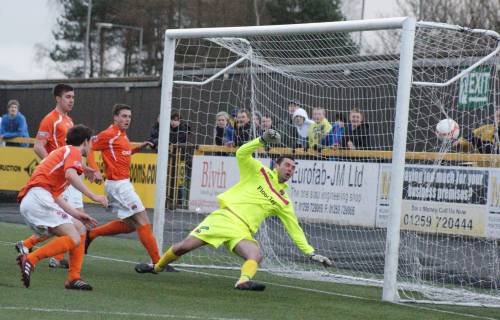 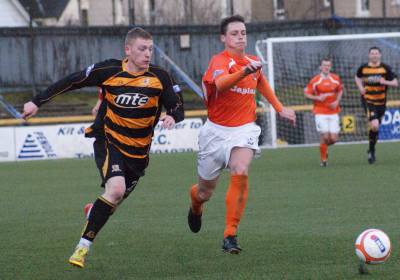 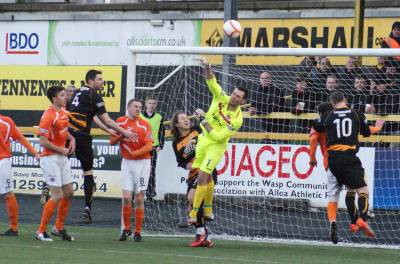 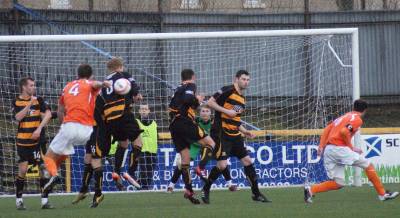 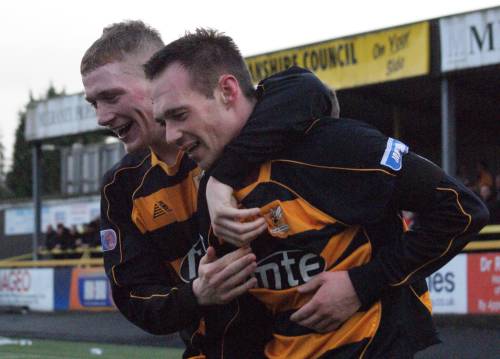 I think it was just about winning today and getting the three points, it was a little bit nervy I think in the first half but we came out in the second half and played a lot better, we are a better team than we showed in the first half but credit to Clyde they came here and played well, they had a good game plan, we got frustrated at times and couldn’t get our passing game going, but I think we are at the time of the season when people get nervy because we are at the top of the league, but I tried to tell the players at half time to relax and go and play the football we know they can play. Although we are now eight points clear no one will be getting carried away, we will keep our feet on the ground – and will keep taking a game at a time – we are in a nice position, it’s where we want to be but we have got to try and stay there.

Every game is difficult, there is no easy games that is for sure but I think three points was the key thing for us today. We have tried to manage Darren Young – at this stage in his career, we are trying to look after his body – we let him work with the physiotherapist midweek and sometimes and he doesn’t always train to try and maintain him but he has been fantastic and deserved his goal today. He has been outstanding for us.