The Wasps cosolidated their position at top spot in the league after brilliantly coming back from behind in local derby match against East Stirlingshire. With less than a minute from the kick off, “The Shire” stunned the home support with the opening goal, John Coughlin’s side were playing with great confidence taken from winning their previous two games 6-3 against Peterhead and 2-0 against Berwick Rangers. Alloa gradually worked their way back into the game and were unfortunate to see a Ryan McCord goal ruled as offside, however Robbie Winters drew the sides level scoring his 1st goal for the club. Stevie May who had seen a shot come back off the post did get his 11th goal of the season three minutes before half-time. In the second half Alloa Athletic displayed some of their best attacking football of the season Ryan Harding scored his 1st goal for the club, then subsitutes Ross McCord and Craig Campbell added to the scoreline, making it 5-1 at a stage in the game the team looked like scoring in every attack. If East Stirling thought Paul Hartley taking off Stevie May would help their cause, Craig Campbell answered perfectly with a stunning goal fit to win any match. 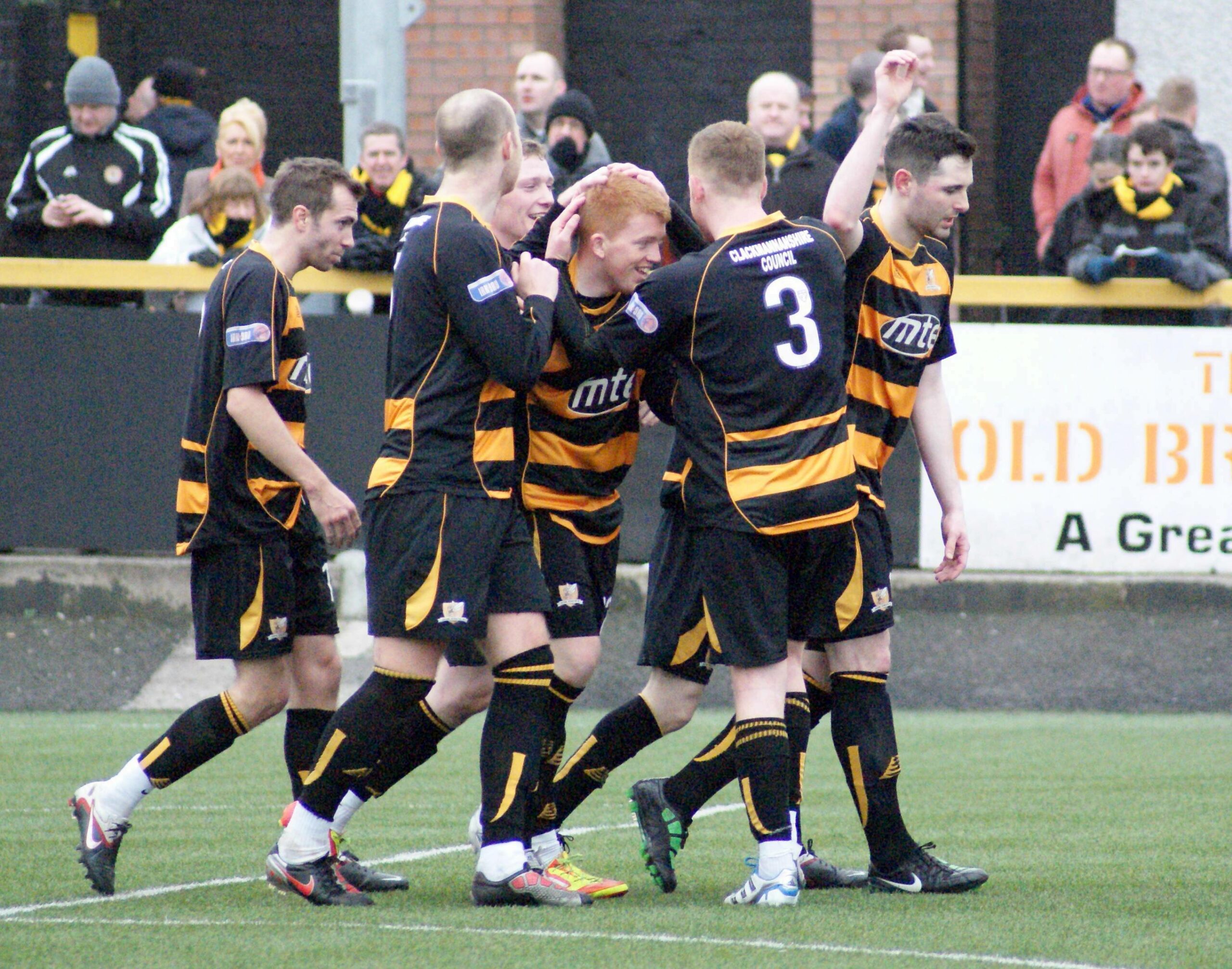 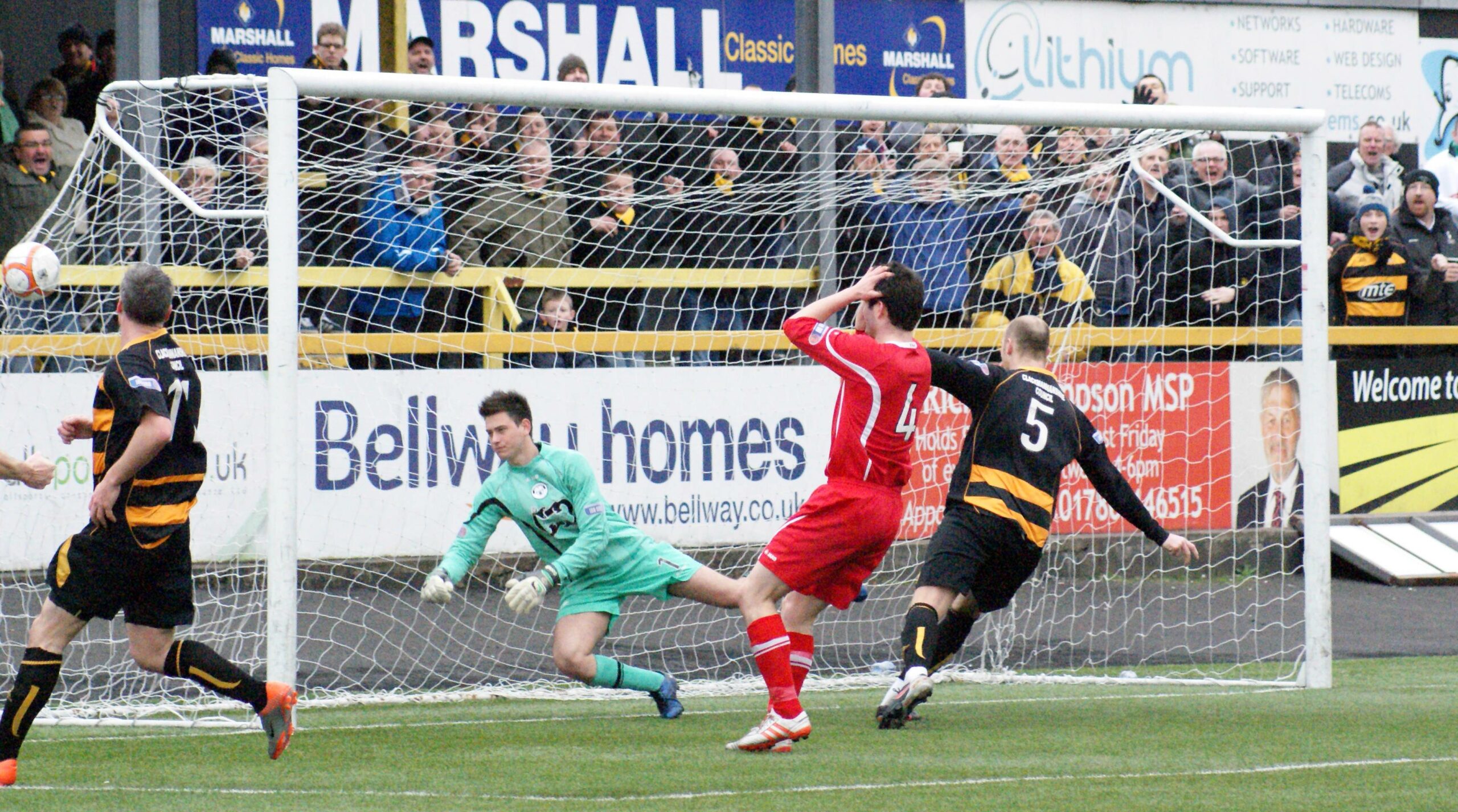 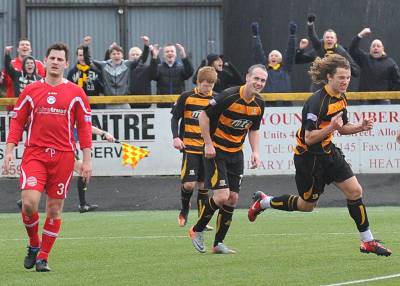 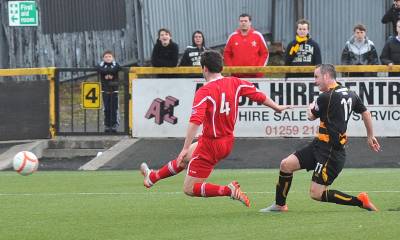 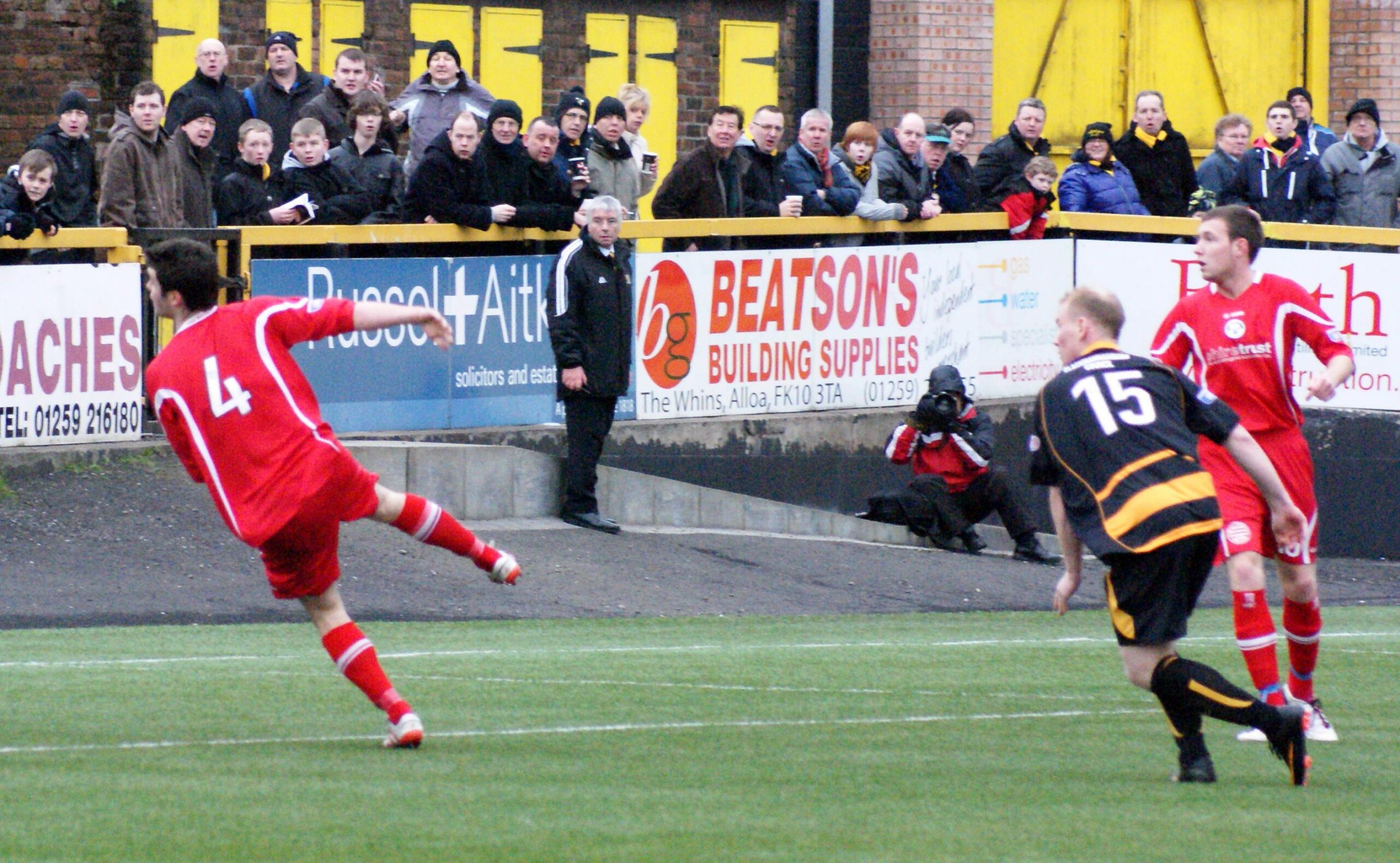 paul hartley after convincing win over the shire

We didn’t start today’s game particularly well, but their goal certainly woke us up, it wasn’t until the final 20 minutes of the first half and certainly in the second half every time we attacked we looked capable of scoring today. We scored some really good goals and of course I am delighted we are at the top of the league but we will not get carried away – we must keep it going and roll on to next week, today’s game is finished and we will look forward to our next game. I was delighted that Robbie Winters got on the score sheet today, he had not scored since he came to the club – his work rate and linkup play was really good today and he started the game, after Kevin Cawley had missed last week’s game at Annan, we thought we would introduce him later in the match on this occasion, Robbie gave us a good 60 minutes and scored a good goal, indeed it was pleasing to see five different goal scorers, Stevie May scored his 11th goal, Ryan Harding got his 1st goal for the club, Ross McCord scored a cracking goal and Craig Campbell rounded it off with a spectacular effort, we scored some really good goals today and I’m pleased for everybody. Today was a great team performance, I wasn’t happy with the first twenty minutes of the game, I said that to the players at half-time – we have to be better than that, but it was night and day from the first half performance to that in the second, everybody played their part Stevie May is always a threat, he has been great for us since he came., but everybody played their part today. Even after losing such an early goal I knew we would come back because of the type of players we have at the club – we keep going and even at 5-1 up we still wanted to score more goals, I knew we would get back into the game and chances would open up – today was great, however because we took some of these chances!