Alloa Athletic started the New Year extending their 10 match unbeaten record in the league after a 3 – 1 victory in a local derby with East Stirlingshire at a very blustry Ochilview. The Wasps couldn’t have started better with Stevie May heading the visitors in front in the opening minute, five minutes later however the home side struck with a bizzare equaliser, Stuart Beveridge’s strike from well inside his own half being carried with the strong wind and bouncing over a surprised Alloa keeper. This gave the home side great heart and they competed very well and had others chances which caused concern. Mark Docherty was unlucky with a shot which struck the crossbar which was Alloa’s closest effort in first half. The second half opened very simalar the first with a stunning Stevie May strike putting “The Wasps” back in front. Alloa then took control of the match and played some great passing football under horrendous condions. Stevie May looked to have put Alloa 3-1 ahead until the standside linesman flagged for offside before he again made no mistake for his hat-trick thundering a blistering shot past the Shire keeper. The result returned Alloa Athletic back to the top of the Division which was their aim at the start of the day, next Saturday “The Wasps” league match against Peterhead has been cancelled due to their involvement in the William Hill Scottish Cup. 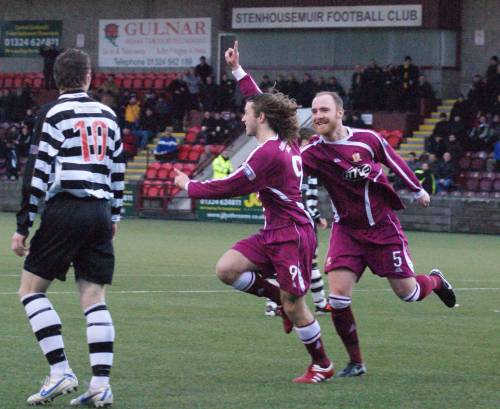 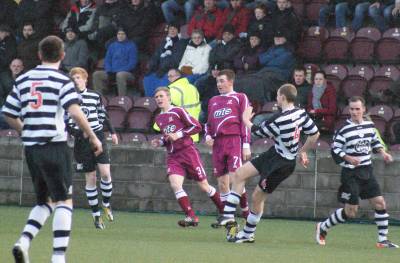 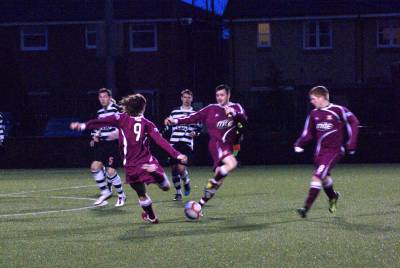 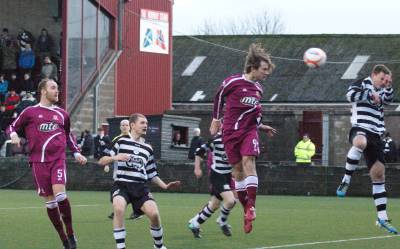 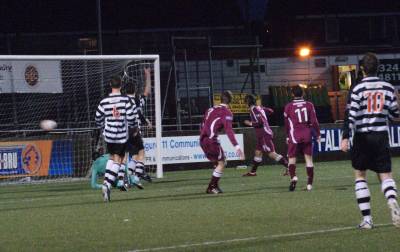 paul hartley after rising to the summit again

Delighted to be back at the top of the league, our second half performance was very good today, which included a great hat-trick by Stevie May, who made the difference, that is why he was brought in to score goals and he certainly was on song today, all three goals were top drawer and we could have had more especially in the second half. The East Stirlingshire goal was a miss judgement by our goalkeeper who has been excellent for us on many days this season, but he got caught with the bounce of the ball and the pace of it which was all down to the strong wind. This gave a lift to the home side, we dug in and I had a word with the players at half-time and we then got on top again in the second half, some of our passing and football in the second period was a joy to watch. The three points were the most important statistic today with no game next week – today’s challenge was to see us regaining that top league position and we are fortunate enough to have done that. Stevie May still Has a couple of games left in his loan period, but he is definitely a player I would like to keep longer at the club, I will be speaking to Steve Lomas over the next couple of days just to see where we are at with him, he has good quality, and he works his socks off, him and Kevin Cawley are a handful for any team in this league. However we must keep this run going – we are down unbeaten in our last ten league games which is terrific but there is still a lot of hard work to be done, it’s such a tough league, there are no easy games and we must keep going.