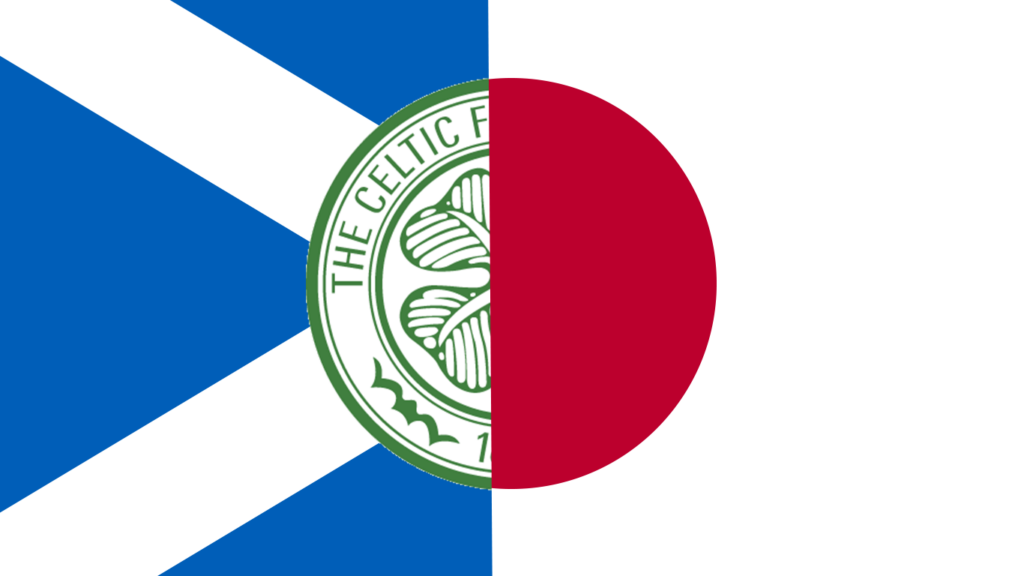 Written for The Wasp vs Celtic 22nd January

Nice to meet you all. I am footysab, I’ve sponsored Steven Boyd this season. I’m from Japan and I love Scottish football!

I am very happy that Alloa Athletic will be playing Celtic. I’ve been a fan of Celtic since Shunsuke Nakamura, our local star from Yokohama, was playing there. I’ve even travelled Celtic Park.

I am very fortunate to be able to witness this matchup as a sponsor, at the time when Celtic has four Japanese players.

I am happy to have the opportunity to introduce them here. All of them are members of the Japanese national team and they are expected to make great strides in the future. They are all players to keep an eye on for the future.

The man who was led to the top level by Iniesta and Villa.

Furuhashi’s breathtaking performances in the first half of the season must have been very surprising to people in Scotland. You may be even more surprised to hear that he was an anonymous player, even in Japan, until a few years ago.

He went to the same high school as Liverpool’s Takumi Minamino. Minamino was a promising youth national team player, and he also played at the professional level while still in high school. On the other hand, Furuhashi was just a member of his high school’s football club.

He continued to play football in university. He attended training sessions at several professional clubs, but did not receive any offers. He had almost given up on becoming a professional footballer.

At the last minute, he received an offer from FC Gifu, in the second division of the J-League and finally achieved his dream.

FC Gifu was one of the lower-ranked clubs in the division. However, Furuhashi continued to show his ability. He got a regular position from the opening game and he played in 68 games and scored 18 goals in his first year and a half with FC Gifu. In the summer of 2018, he won a transfer to Vissel Kobe in the first division.

Vissel Kobe is a club sponsored by Rakuten, a major internet shopping company in Japan that also sponsors FC Barcelona. When Furuhashi moved to Kobe, the club had some big names like Andres Iniesta, David Villa and Lukas Podolski. The encounter with these players would change his career.

In training, Furuhashi learnt from the world class skills of Villa. He improved his skills as a striker. During the game, Iniesta took advantage of his skills with accurate passes. Furuhashi scored 42 goals in three years, 10 of which came from assists from Iniesta. Playing alongside world class players, he grew in confidence.

In 2019, he was selected for the national team for the first time. He played with Minamino, who was out of his league in his high school days.

He moved to Celtic last summer. He has made 26 appearances and scored 16 goals, already becoming an indispensable part of the team. We are looking forward to seeing how Furuhashi develops in Glasgow.

Celtic coach Ange Postecoglou, convinced of the quality of Japanese players after the great success of Furuhashi, welcomed three new samurais to the Hoops this winter.

Unlike Furuhashi, Daizen Maeda, Yosuke Ideguchi and Reo Hatate have all represented the youth national teams and have shown great promise at a young age.

Described as a bullet train, Daizen Maeda is a fast attacker who can run 50 metres in 5.8 seconds.

As well as his speed, he is notable for the number of sprints per game. Running the length and breadth of the pitch in such a way that you would imagine the Hoops had 12 players.

In 2021, he played 36 games, scoring 22 goals at Yokohama F.Marinos and becoming the top scorer of Japan. He also played in the Olympic Games held in Tokyo.

He worked with Ange Postecoglou at Yokohama. With the influence of Ange, Maeda began to score regularly for the first time in his career. After partnering up again, it won’t be long before he is fit for the team.

Yosuke Ideguchi is a central midfielder known for his ability to win the ball. He is also a threat in attack when the opportunity arises.

He has been selected for the national under-category team since he was 15 years old. He is also a precocious player at club level, making his first team debut for Gamba Osaka at the age of 17. In 2017, he scored the goal that led Japan to the World Cup in Russia. However, he experienced a major setback.

He moved to Leeds United in 2018. After failing to get a work permit, he was sent out on loan to play in Spain and Germany.

Both were less than successful and he missed out on a place in Japan’s World Cup squad.

He returned to Osaka and in the last three years has been getting back on track. Now he’s back in Scotland for a second chance at European football.

Reo Hatate is an athletic utility player. He originally played as a striker before reaching the professional ranks.

He won the Universiade twice and scored a hat-trick in the Toulon International for the U22 national team.

However, after he joined Kawasaki Frontale, who had a strong forward line, Hatate was converted to left back to give him more opportunities. The conversion was a great success and he was selected for the Japanese Olympic team at left back.

He has only been playing at left back for a short time and still has a lot to improve defensively, but his dynamic attacking play will add depth to Celtic’s attack. It will be interesting to see which position Ange Postecoglou chooses to use him in.

Today, of course, I would like to support Alloa Athletic as a sponsor. However, as a Japanese, I would be delighted if as many as possible of the four Japanese players could play at Indodrill Stadium.

It would be great if this match could be seen by many Japanese football fans and show them the beauty of the local football stadium in Scotland. I would like to thank everyone involved with Alloa Athletic for giving me this opportunity. Thank you so much!