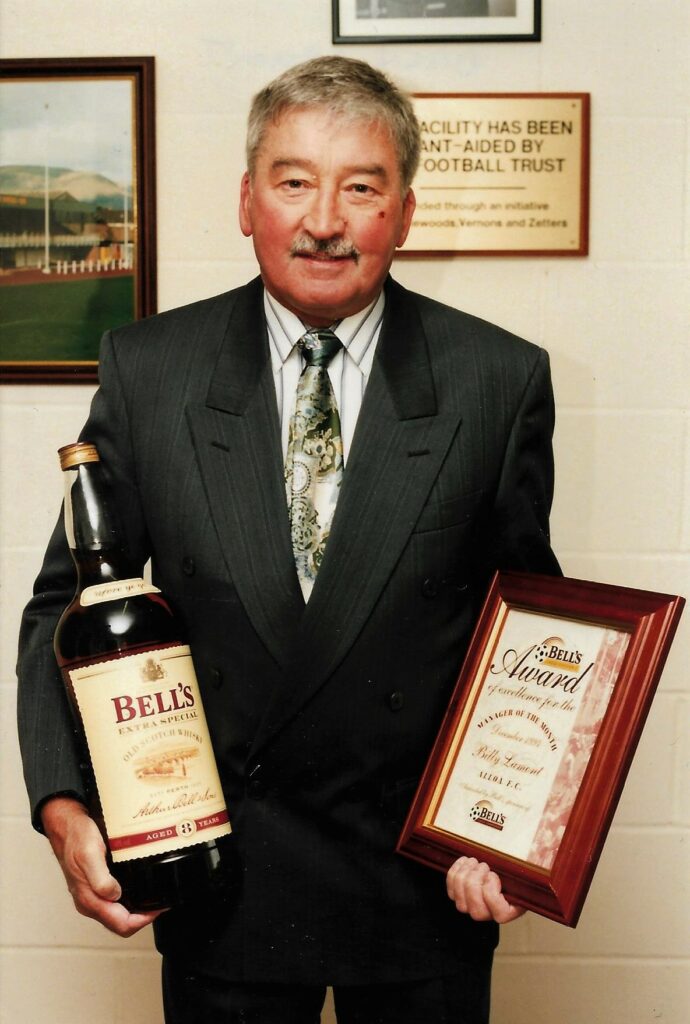 Alloa Athletic FC sends its best wishes to Billy Lamont’s family at a sad time. A former manager, Billy, passed away at the age of 85.

Billy Lamont joined “The Wasps” at the start of Season 1993/94 replacing Hugh McCann.
In his first season in the Bell’s League Division Two this was the season the league were to introduce a new Third Division for the following season, which meant the Champions would go into the First Division and the next five team go into the Second Division.

Sadly, under Billy Lamont, “The Wasps” were not to win any of their last 4 league fixtues and in a final game they faced East Fife at Recreation Park which Alloa needed to win due to goal difference. They only drew 1-1 which saw East Fife stay in the Second Division and Alloa relegated to the Third Division for the first time in their history. In the Scottish Cup “The Wasps” defeated Gala Fairydean 4-0 at Recreation Park, however, they faced Rangers in the next round at Ibrox and lost 6-0 even although Jim Butter the Alloa goalkeeper was awarded Man of the match.

Season 1994/95, in the newly formed Third Division, saw the introduction to the league of Ross County & Inverness Caledonian Thistle. However “The Wasps” struggled for consistency and ended the season in fifth place behind Champions Forfar Athletic. Billy Lamont did pick up a Bell’s Manager of the Month award but was to lose 26 matches out of the 83 he was in charge of the side and was sacked at the end of Season 1994/95 to be replaced by Pat MacAulay.