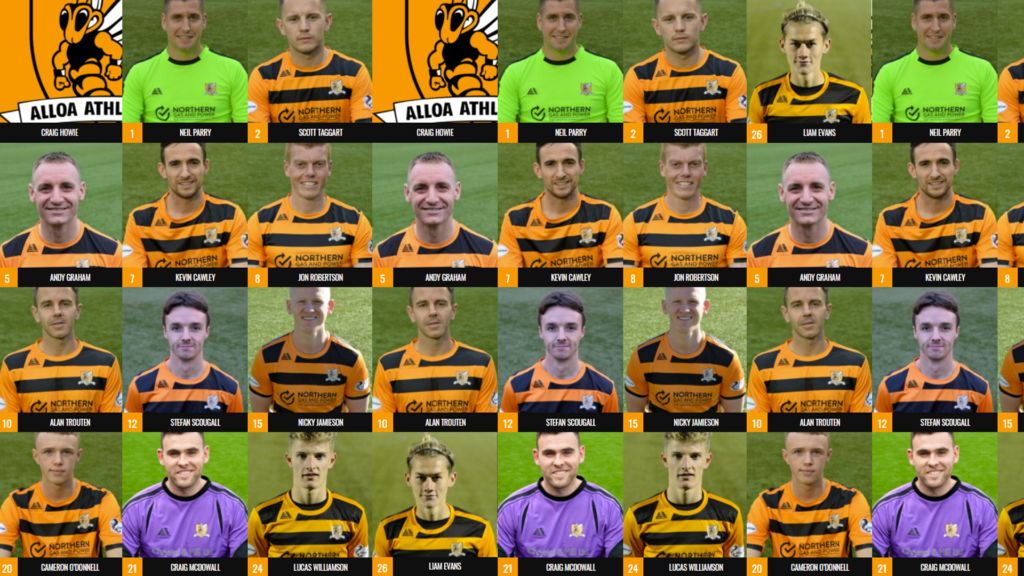 We’re pleased that the core of last season’s squad has agreed to join up for next season. The players that are returning:

We’re also pleased to welcome a new signing from Clyde, defender, Craig Howie. Howie made 34 appearances at the Bully Wee, scoring twice, after transferring from East Kilbride in 2019.

Also returning to the Wasps is goalkeeper Craig McDowall. He’s a well known quantity at the Indodrill having served stints under Paul Hartley, Barry Smith, Danny Lennon and Jim Goodwin. Craig has the distinction of being the only keeper in Alloa history to have beaten Rangers as he manned the box in the 3-2 win over Rangers in the Petrofac Cup semi-final back in December 2014.

Sponsor a player’s kit and you’ll get:

Steven Hetherington and Liam Dick were offered new deals but have decided to pursue full-time offers.

Innes Cameron, Innes Murray and Lee Connelly return to their parent clubs on the expiry of their loan agreements.

The remaining players from last year’s squad are moving on at the end of their contracts. We thank them for their efforts at Alloa and wish them luck with their future careers.

At the time of writing :-