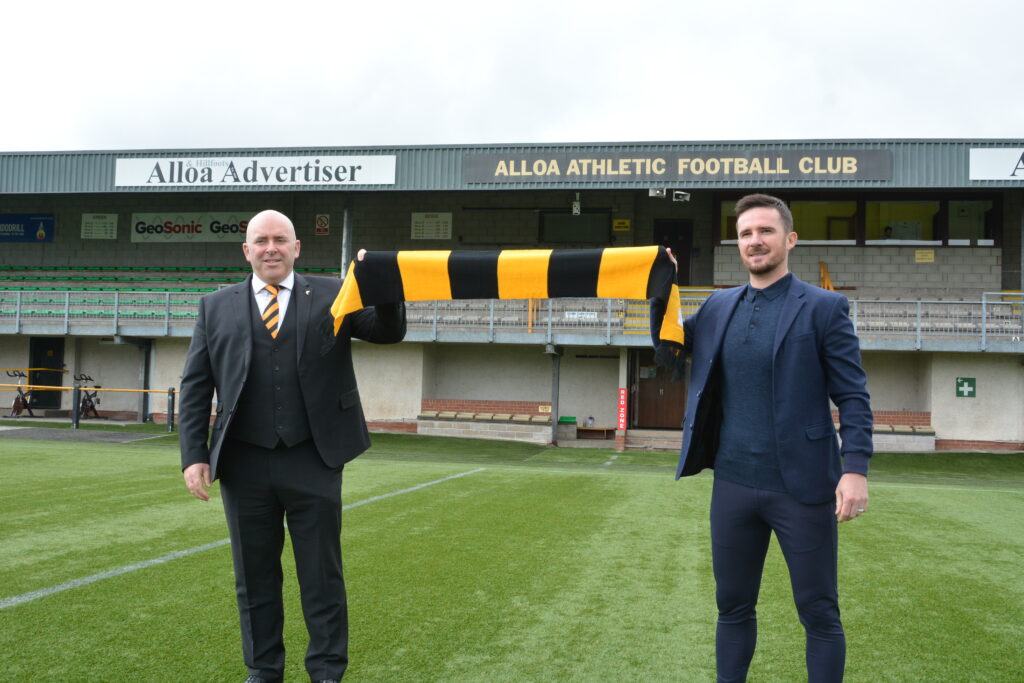 After almost three years at Kelty Hearts, with Lowland League titles and promotion to the SPFL secured with the Fife side, Barry makes the step up to lead our League 1 campaign.

The former midfielder had an illustrious playing career picking up 15 trophies with Rangers and also winning the English League Cup with Birmingham City.

It’s a club that you look over the years, the managers that have been here… they’ve always been good managers who’ve progressed in the game so once I met the chairman and saw the facilities, it’s the right club at the right time. My sole aim in the next year is to try and get straight back into the Championship. I’ve spoken to one or two [players]. I’ll get round all the boys in the next couple days. There’s a good core of players already signed up. If I can go add a good bit of quality to go and help those players… the players already signed up are players I rate very highly… Hopefully in the next week or two we’ll see players coming in.

Barry’s experience in football you won’t better. His recent track record is as strong as his career… Critically, what attracted us is his enthusiasm and ambition. We’re an ambitious club. When you see someone and talk to someone who reflects the qualities of our club then you take that opportunity if it’s available. I think the Championship and League 1 are two difficult leagues, but financially, not only will we not be cutting our budget from last season, we’ll probably increase it… to ensure we can compete.