Alloa Athletic ended a fantastic season with a hard fought draw against Annan Athletic, who threatened to spoil the party ocassion. A crowd of 2,551 fans were inside Recreation Park to witness “The Wasps” collect the Third Division Championship trophy for only the second time in their history. Annan Athletic afforded Paul Hartley’s team a guard of honour at the start of the match, but their goodwill ended there, as often happens on these ocassions it was not the champions who looked at their best and Graeme Bell, deservedly put the visitors ahead just aftet the half hour. The Alloa Athletic players have done brilliantly all season but in the first half they didn’t play well and had Scott Bain to thank for keeping them in the match. In the second half Alloa dominated possesion but it didn’t look as though it was going to be Alloa’s day, until three minutes from the end Stevie Masterton struck the post with a vicious free kick and Steve May was on hand to score his 19th goal of the season to cheer up the large home support. Indeed two minutes later Stevie Masterton nearly found a winner but his free kick on this occasion just flew inches over the bar. 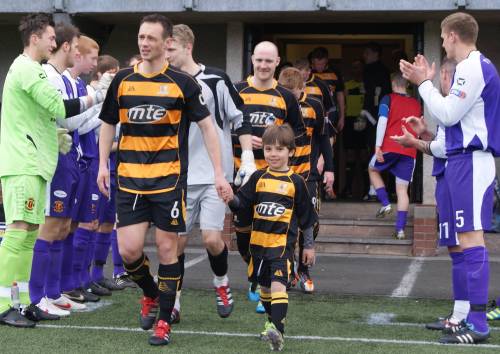 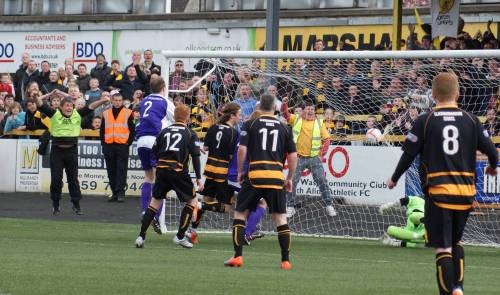 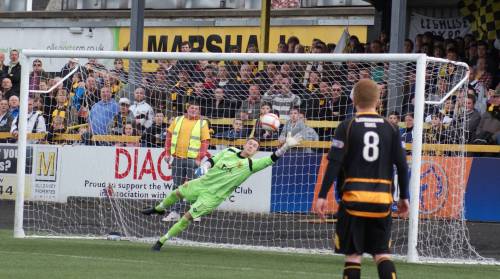 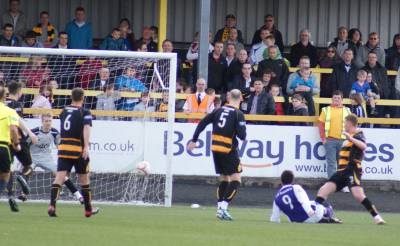 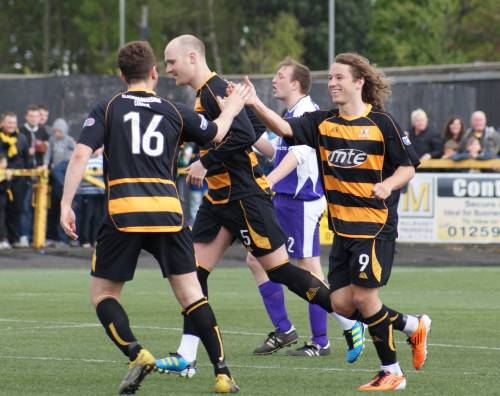 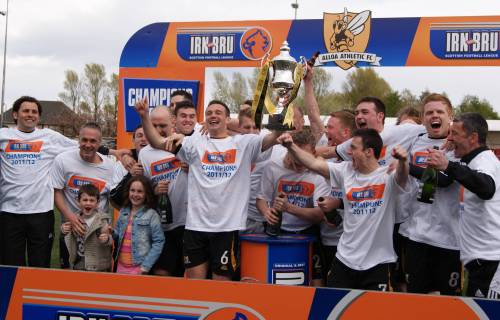 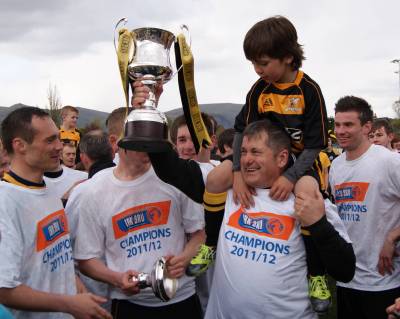 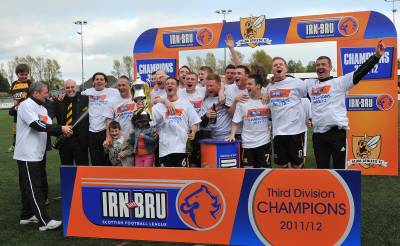 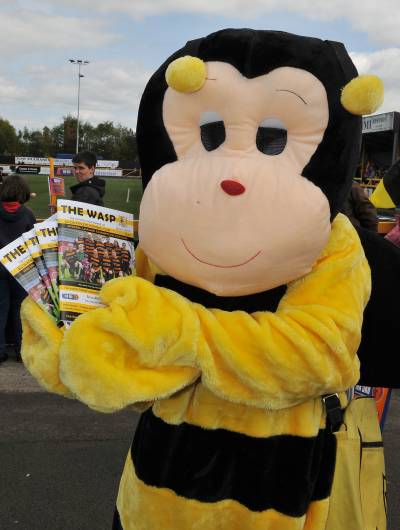 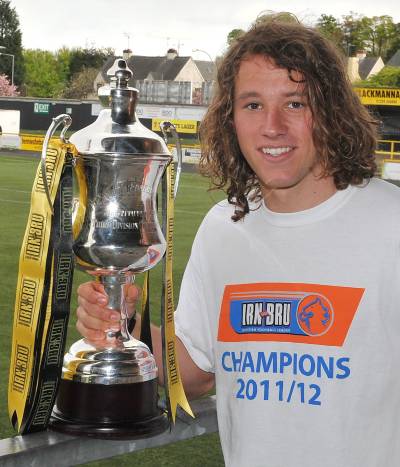 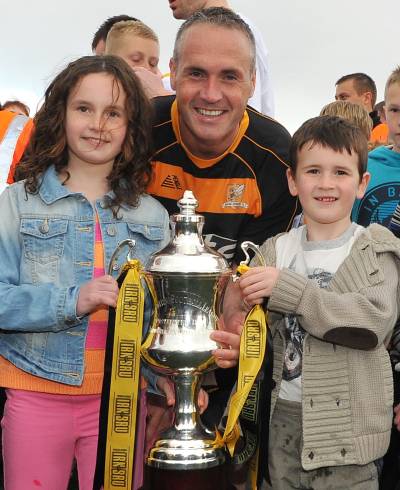 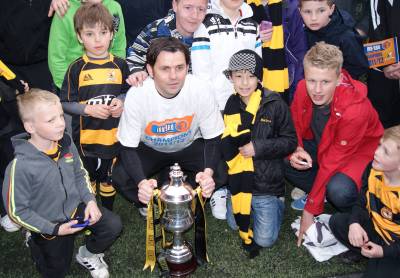 paul hartley after final game of the season

We were not at our best today, it wasn’t good, a lot of people came to watch and putting on a performance like that wasn’t great but we got ourselves back into the game in the second half. We’ve had one home defeat all season and we beat our previous Third Championship winning tally by gaining 77 points. The players have done brilliantly over the season, they have been absolutely magnificent. You always have expectations and you always want to try and get promotion but sometimes it doesn’t turn out that way. I’ve got to give the players great credit, they’ve been magnificent. We’re going up to a higher division next season so it will be tougher. Our aim is to encourage people to come and watch us, so we hope some of the 2,551 people who we at the game today will come back next season – I think we have to try and consolidate because we know we’re up a league – we are in the process of speaking to a few more players – we’ve already tied up ten and got two or three pre-contracts. The pressure will be on us to move up a division and do well. I’ve committed myself for the next two years and it’s a building job here. Our ambition is to reach the First Division so we will have a right go at it and see where it takes us.