Victory at Galabank on Saturday, strenthened “The Wasps” position at the top of the division in a game which after taking an early lead, when captain Darren Young was for the second week in a row on the scoresheet leading by example. Alloa had the advantage of a strong wind in the first half but the heavy pitch made playing football at times very difficult. Annan deservedly equalised when Sean O’Connor headed home from a corner, but Alloa stuck to their task and the introduction of Robbie Winters in the second half helped Alloa regain the initiative. The winning goal came when Steven Masterton’s corner struck the far post, Ben Gordon reacted first by passing the ball inside to Stevie May who smashed home his tenth goal of the season. Annan still looked to pull a goal back and not for the first time this season goalkeeper Scott Bain pulled off a wonderful save to deny David Cox a equaliser, the only worrying concern was an injury to Ross McKinnon who limped of after pulling up with nobody near him. 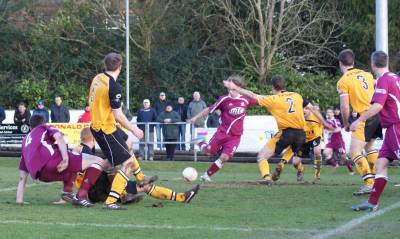 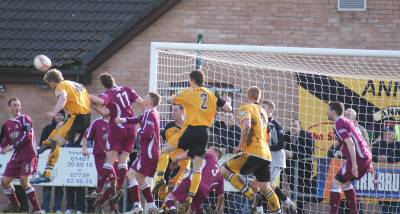 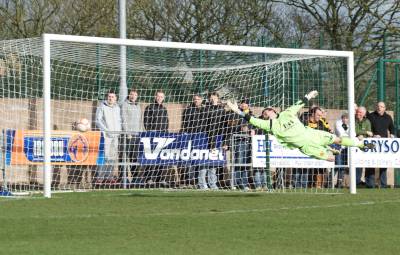 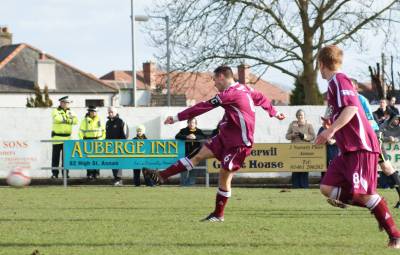 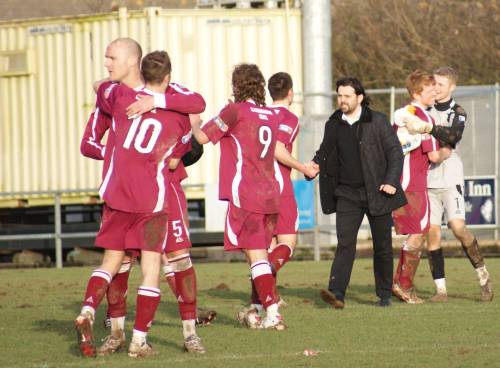 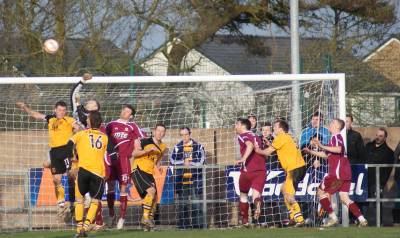 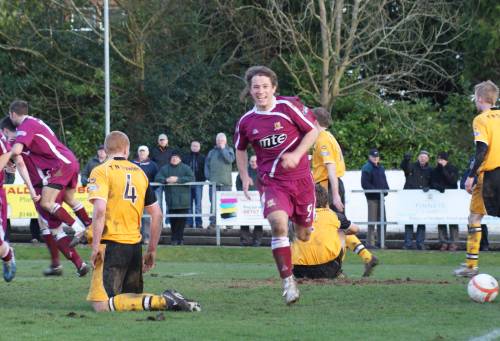 paul hartley after victory at annan

It was a great result today, the players were absolutely brilliant on a pitch which was very heavy, the players stuck to their task – we started the game really well and scored a cracking goal then after that we let Annan back into the game by giving away too much possession which resulted in too many corner and free kicks which played into the hands of Annan a lit bit, but in the second half I asked the players to respond and cut out the silly mistakes. I thought in the second half we were brilliant and Scott Bain once again produced another brilliant save when required, it was an absolute fantastic save and kept us in the game and ahead at 2-1 when the home side could have drawn level at 2-2 – i thought it was going to be a goal but I should expect that from Scott because I know his qualities, he has been doing it all season for me, but on the day our team performance was great – Robbie Winters came on and made a great difference, we stuck two up front and he gave us the experience we needed, my players have been absolutely wonderful all season – it’s a great three points because Alloa Athletic had never previously won at Galabank and thats a bit of a monkey of our backs. It was important for us to come down to Annan and look to win the game because other people were viewing this as a potential banana skin for us but it shows you the character we have in the dressing room and I cannot be more pleased with my players. We bounced back last week against Clyde, looking to get the defeats out of our system but four defeats in 27 games, I think it is not a back record we have, however we need to keep going there is still a lot of hard games to go, I keep saying we must threat every game at a time, its an old cliché but it is true- so we must keep going and doing the same things. The spirit in the dressing room is great which is something we have had since early pre season, I thing when you have a football team who have spirit – you have half a chance and my players are an absolute pleasure to work with – they give me everything and that’s all you can ask at this level, but we still have a bit of football ability also mixed in with that, so we have everything and I am really proud of them.