The Wasps run of 15 games unbeaten in the league came to a surprising end yesterday against Berwick Rangers, the only team we have failed to beat this season in Division Three, managed by ex Alloa Athletic player Ian Little they came with a game plan which worked a treat and bagged the full three points after being handed a penalty to break the deadlock. Alloa Athletic dominated the play but soon found Berwick Rangers getting everyone behind the ball and working tirelessly to keep the ball from their box. Alloa needed a goal to open up the game but although Cawley, May and McCord all went close, Ryan McCord shot striking the crossbar the visitors stood resolute. The goal came out of the blue in one of the few attacks the visitors had, Damon Gray accepting the penalty to put Ian Little’s side in front. The wasps pushed forward with manager Paul Hartley introducing all three subs in an attempt to find a goal – Ross McCord flashed a great dipping volley just wide and in the closing minutes Armand One’s header struck the post when on another day it would have found the corner of the net. It was not to be Alloa’s day, the game can be cruel at times but it is goals that count and on the day “The Wasps” failed to find the net even altough they had most of the possession and played some great attacking football, Berwick Rangers held on and snatched the points. 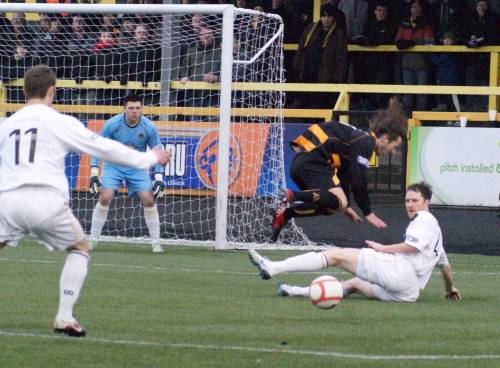 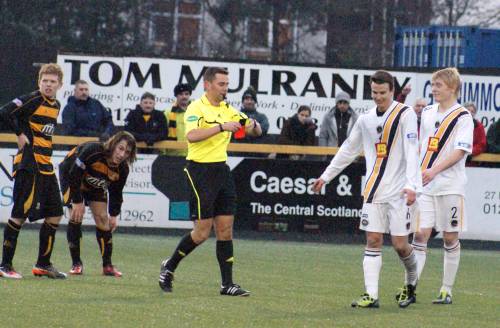 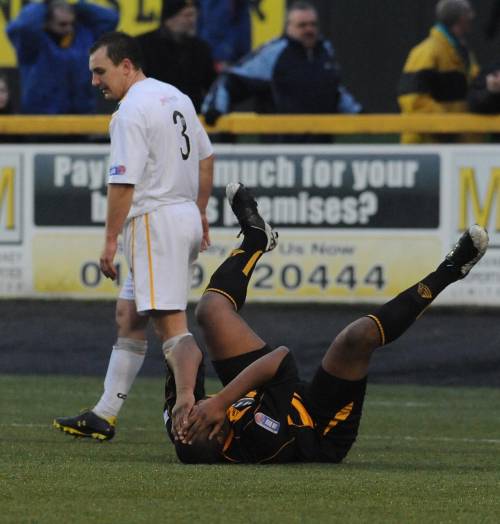 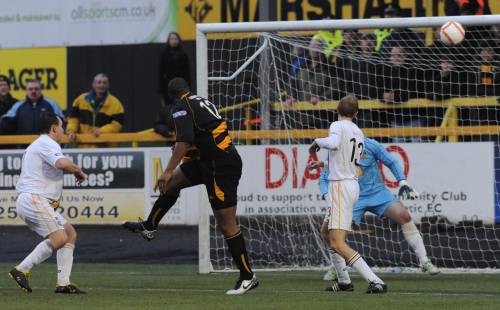 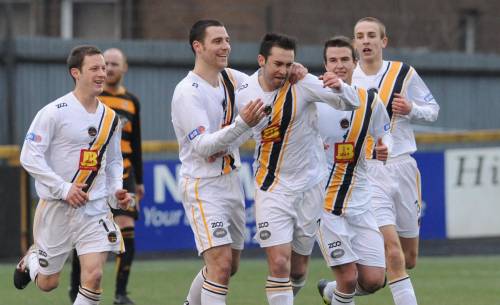 I am disappointed at losing our home record and losing our winning run but our effort was fabulous, there was only one team that looked like they were going to win the game and that was us but they got the break with the penalty – other than that I don’t think they threatened our goalkeeper once, that’s the disappointing thing. They got a goal from an error by us, a defender was caught napping and brought their player down. I am proud of the players, they kept going and looking for the ball, they were positive and we threw bodies forward but we just couldn’t get that break but that’s the way it goes sometimes. You get disappointments in football but it is how we react now and how we regroup. It could have been worse but it could have been better. All games in this division are difficult and I have said that to the players they have just got to take a game at a time and regroup and try and bounce back. Next week at Elgin will be another tough game, Stevie Masterton who missed today’s game hopefully will train again during the week and we will see how that goes but he will not be rushed back.