This was another huge result for the club, Montrose once again proved to be very difficult opponents and grew in strenth after being able to survive Alloa’s early onslaught which on another day Alloa could have been two or three ahead at the interval. The goals when they came were worthy of winning any match – Ross McKinnon’s strike breaking the deadlock with only three minutes to go, and with Montose in the final three minutes pushing men forward, Armand One threaded a great through ball allowing Stevie May to extend his run of goals to eight goals in seven matches. 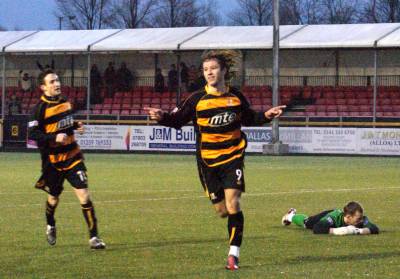 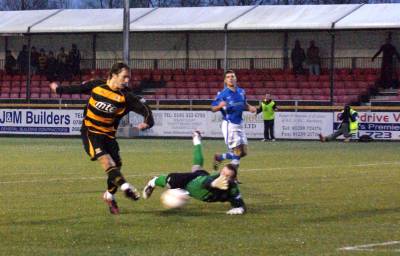 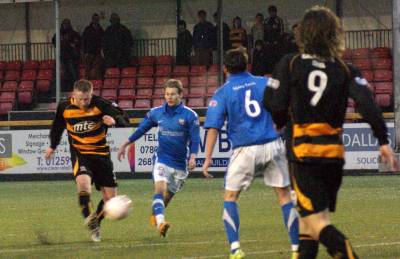 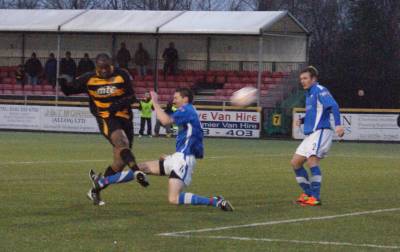 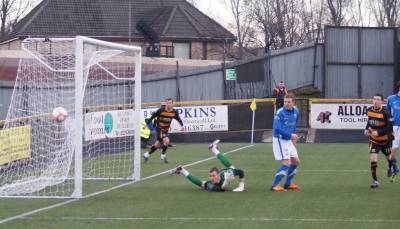 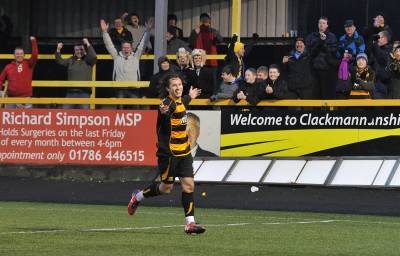 I am delighted with the result – we know we can do a lot better, we are a better team than that but sometimes you just have to grind the result out and we did that today – two good goals and obviously a great finish by Ross McKinnon to break the dead lock and then Stevie May had good composure at the end – it was looking like it was heading for a draw but thankfully we got a goal at the right time and then we got the second goal soon after. Delighted with the three points that is what it is about. Ross McKinnon had a great day and scored the goal with his right foot which he calls his bad foot – he stuck to his task, was good going forward, and was very composed with the ball. Stevie May and Kevin Cawley are a handful up front, but bringing Armand One and Robbie Winters on – we just had to change it, we took the two mid fielders off – to try and push to win the game we didn’t want to sit back and go for a point we wanted to try and win. I am delighted with the result and anther three points. Stevie May runs all day – he is on fire for us just now. I am thankful that St Johnstone have let us have him until the end of the season, he is scoring goals for us and we are getting the rewards for it he is a good team player, he is good for his team mates . There is a great atmosphere at the club at the moment – I have tried to get the team playing attractive football – we all get on well at the club I have a good relationship with my chairman and the players so there is a good spirit amongst everyone just now at the club. It was a bit of a disaster for the club being relegated to the third division at the end of last season . We are all in it together – everybody right down to the back room men – the kit men – we all stick together here and try to create a good team spirit among the players.