The most important statistic on Saturday was Alloa Athletic claiming their first three points of the season, it was great to get the first three league points and silence the doubters after Brechin City had went through last season without a win and punters because we are part-time putting us in the same category. To get this “Monkey off the players back was huge”.

The Wasps were searching for their first win in the league which was over due, Partick Thistle and their fans had looked for a bounce after new manager Gary Caldwell took charge on the Monday prior to the game.

Although Partick Thistle had a lot of possession, especially in the second half they didn’t trouble the Alloa defence with keeper Neil Parry having a shut out which made sure the points stayed at Alloa.

Partick Thistle certainly could claim to have a lot of possession especially in the second half but we limited them on this ocassion but they are a top class side who surely will regain their position higher up in the league.

The result on the day is reward for the Alloa players commitment, it’s good to get that win and the Monkey off our backs. However there was a sense of entitlement in the victory and we are good enough to have secured the three points after being written off as a part-time club. 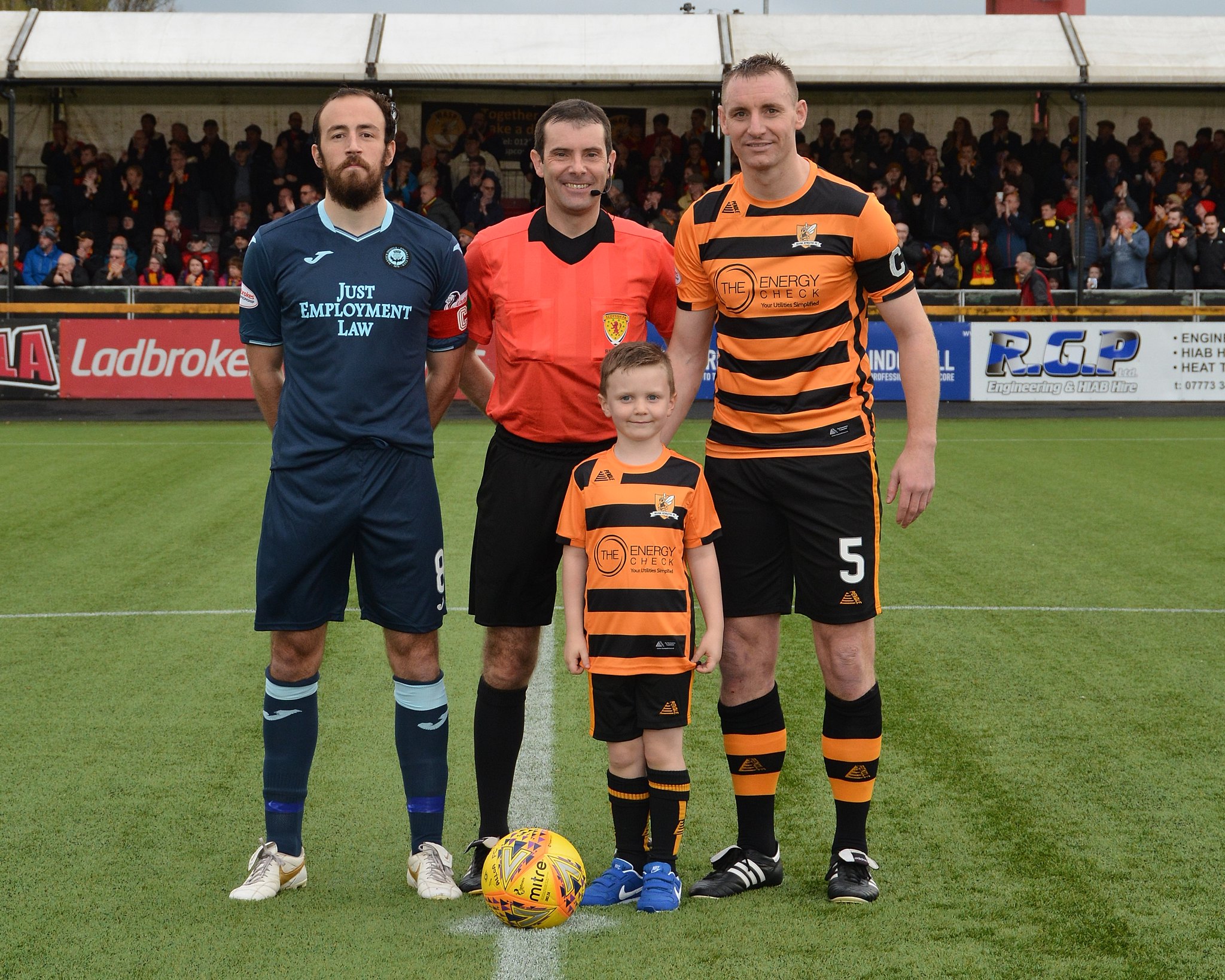 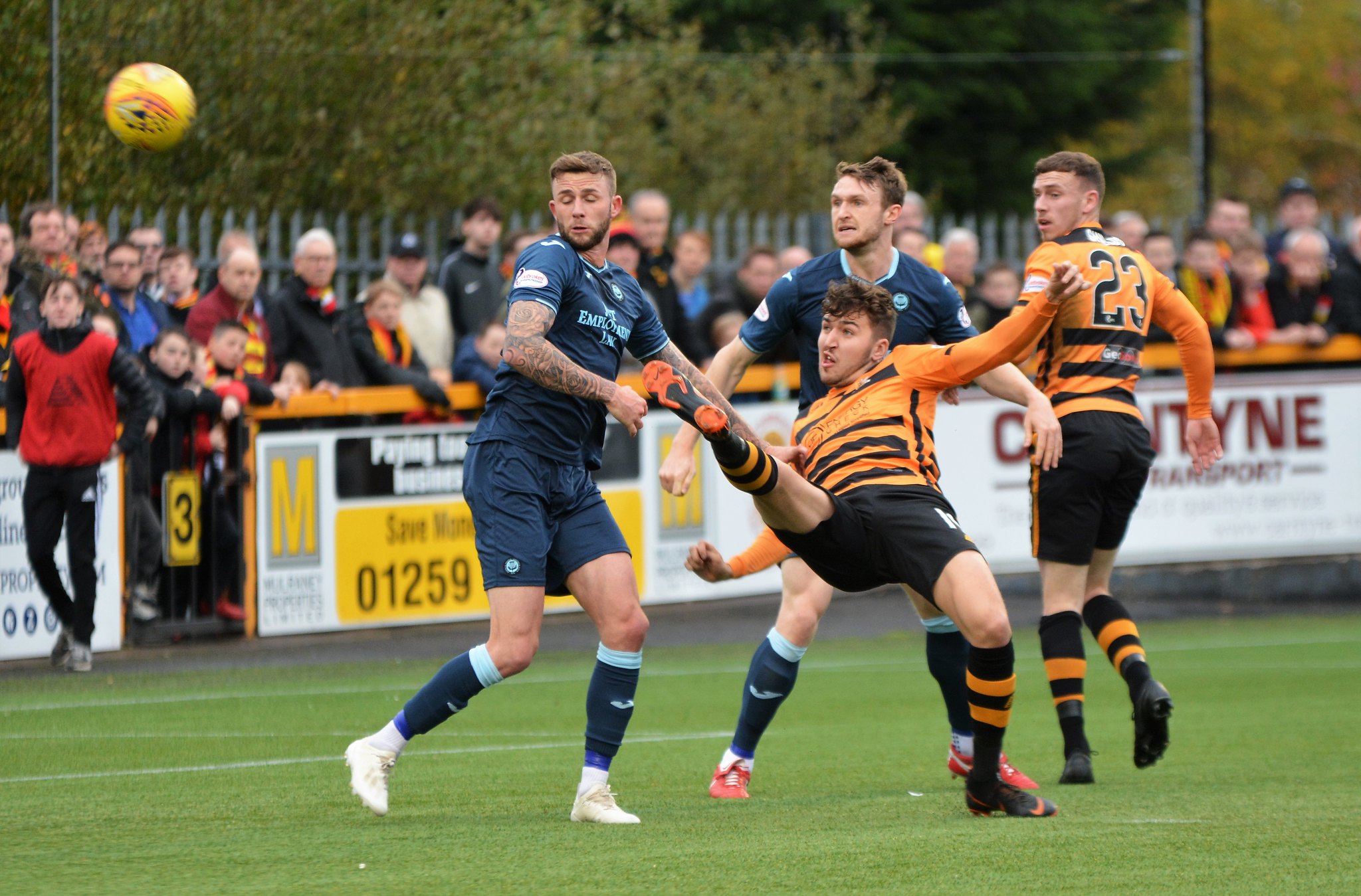 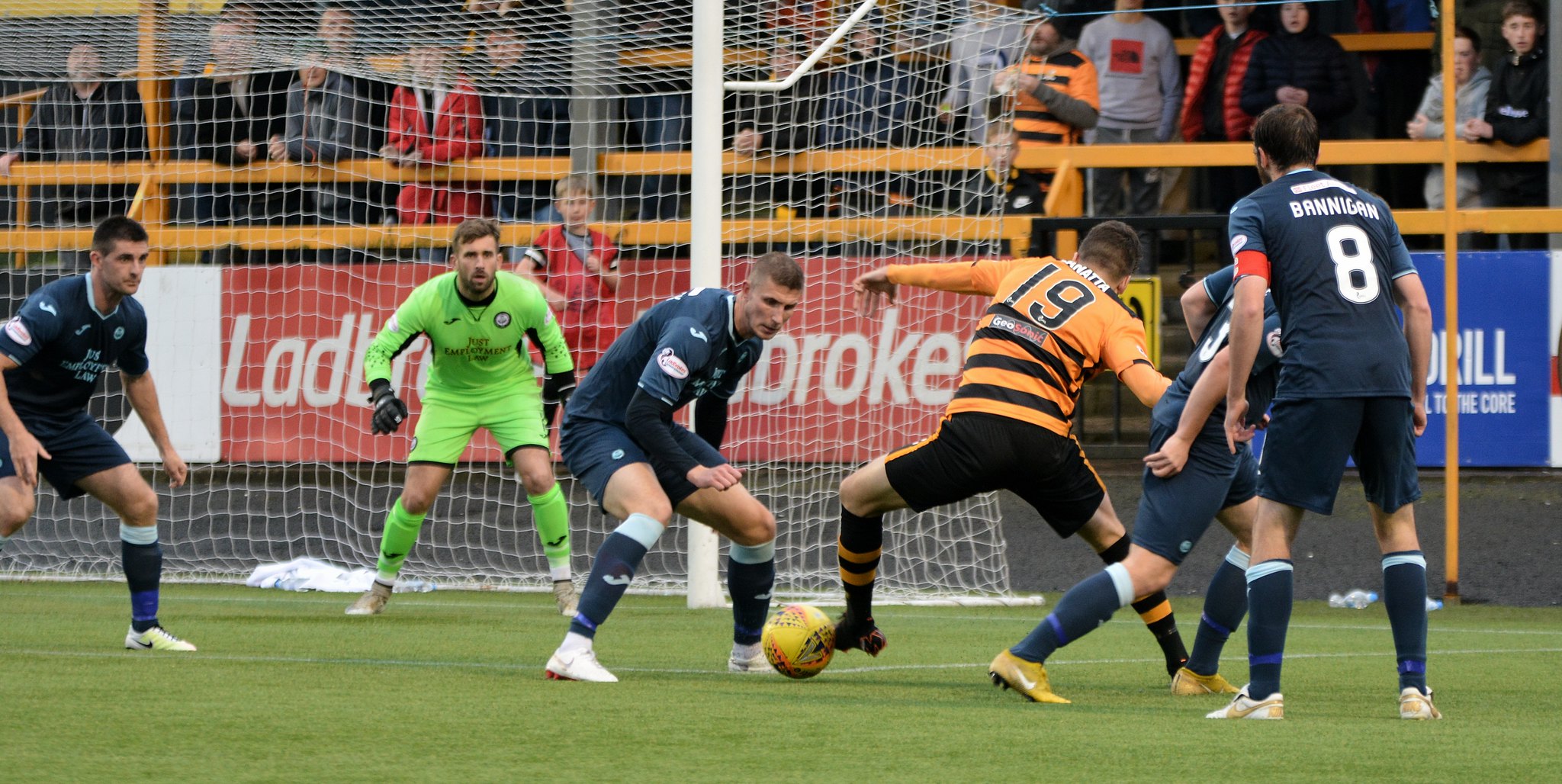 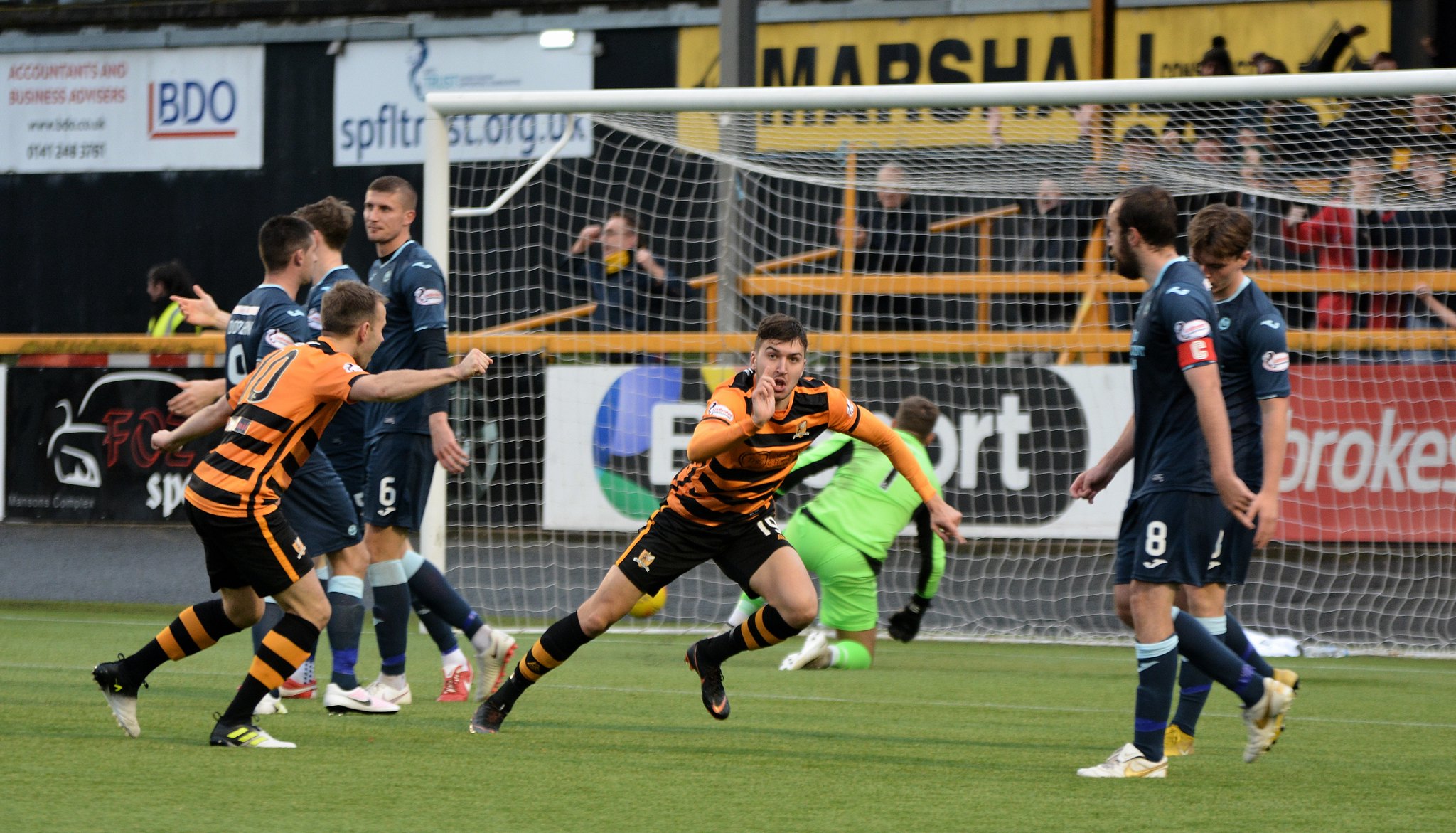 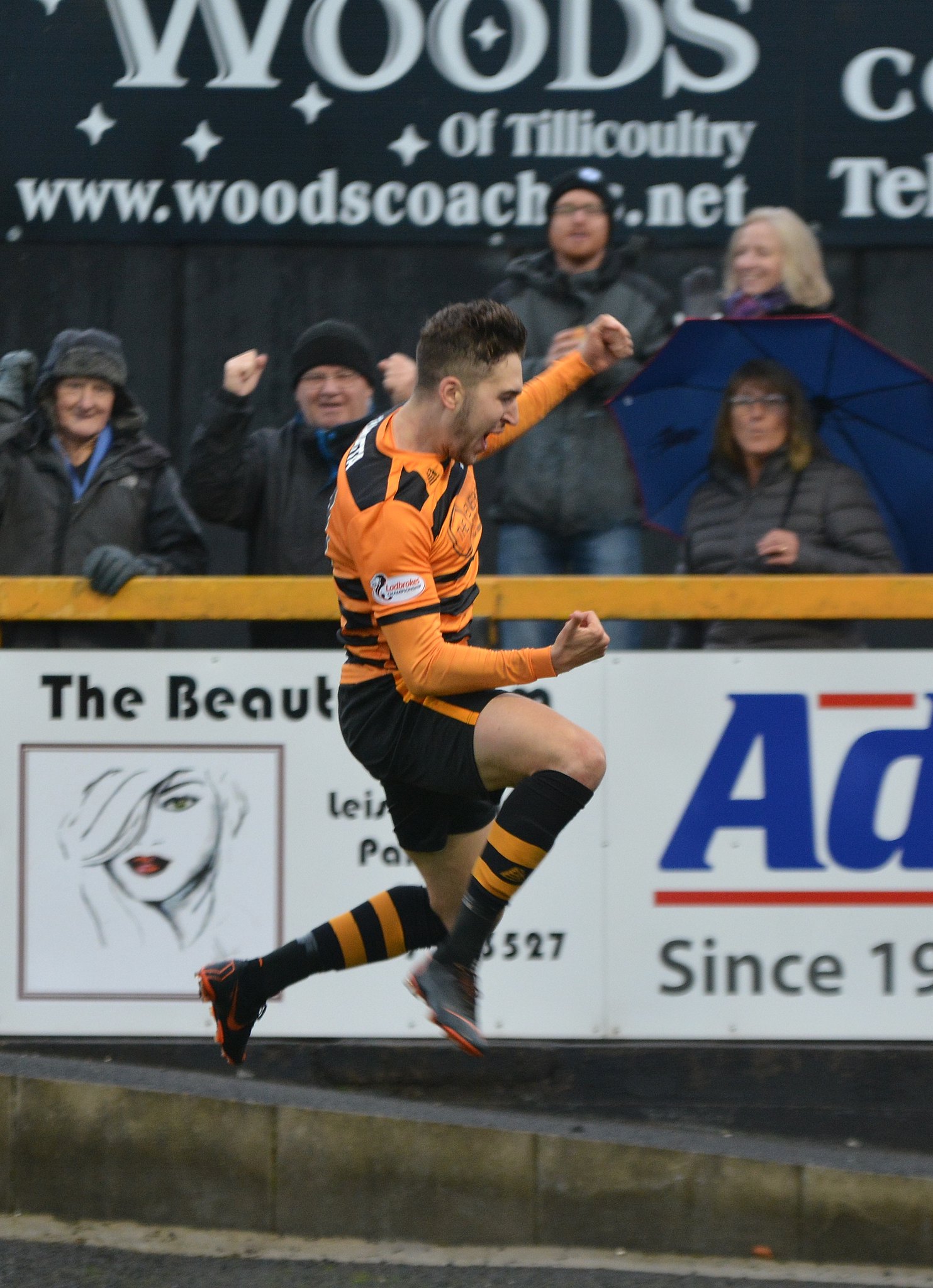 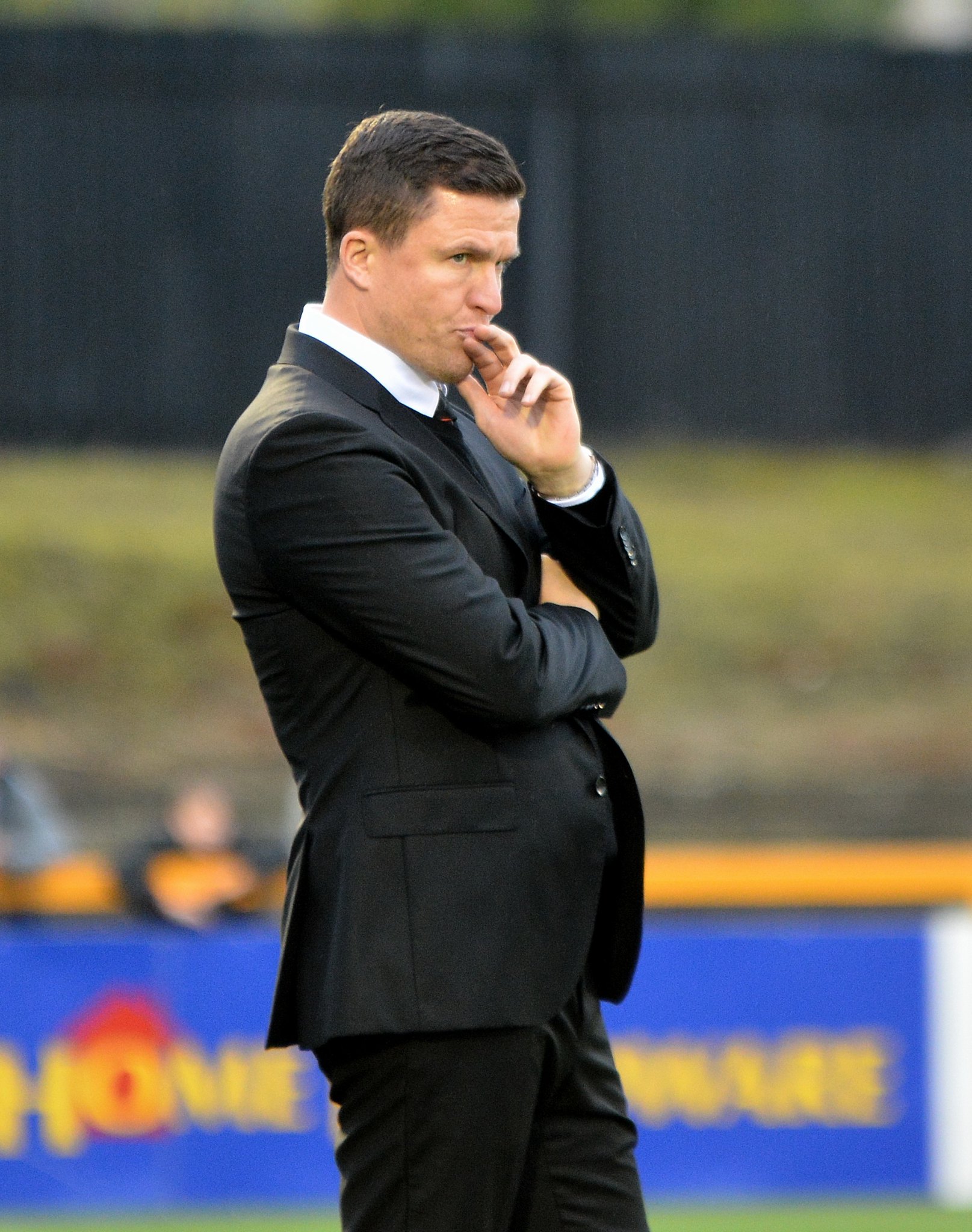 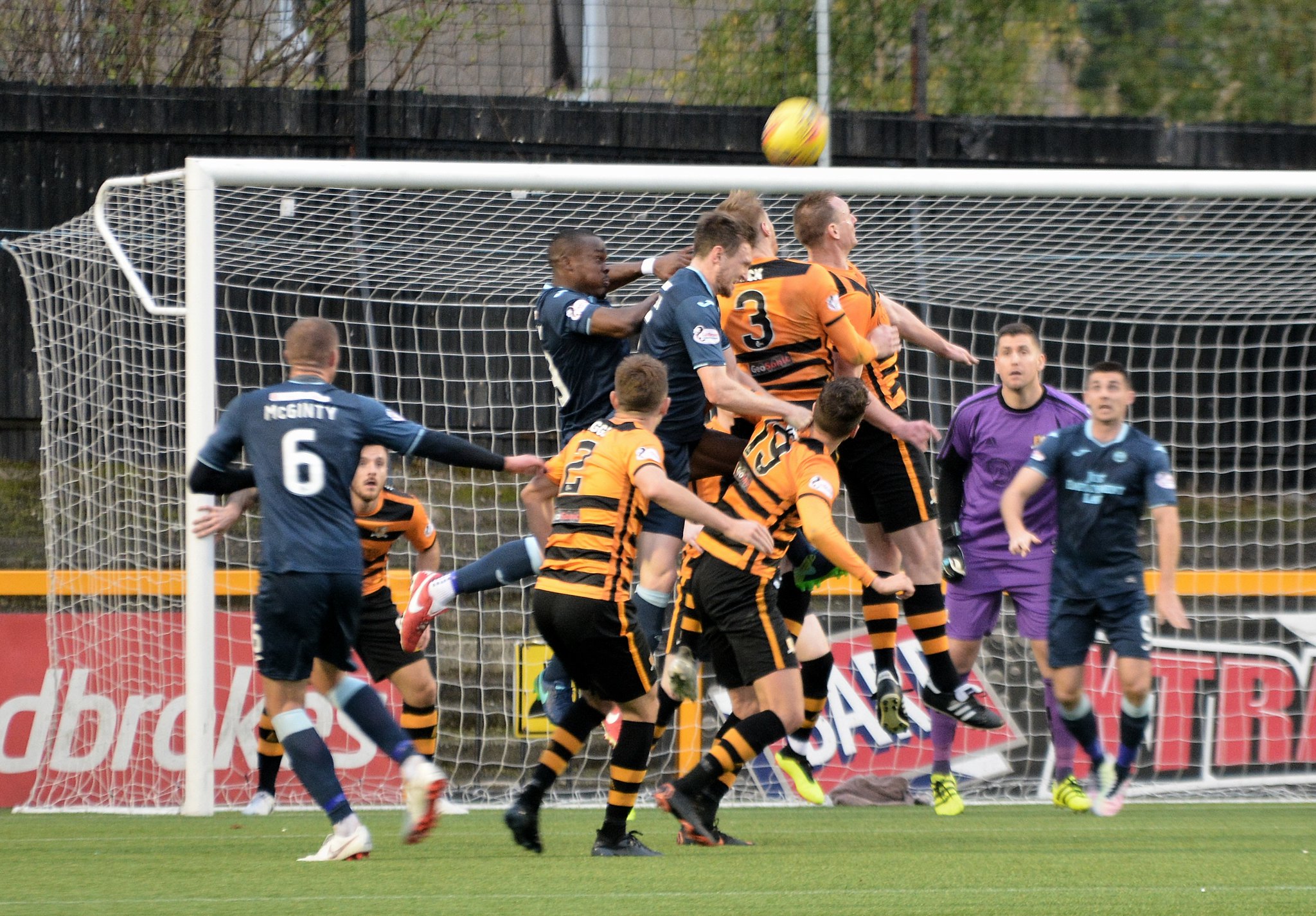 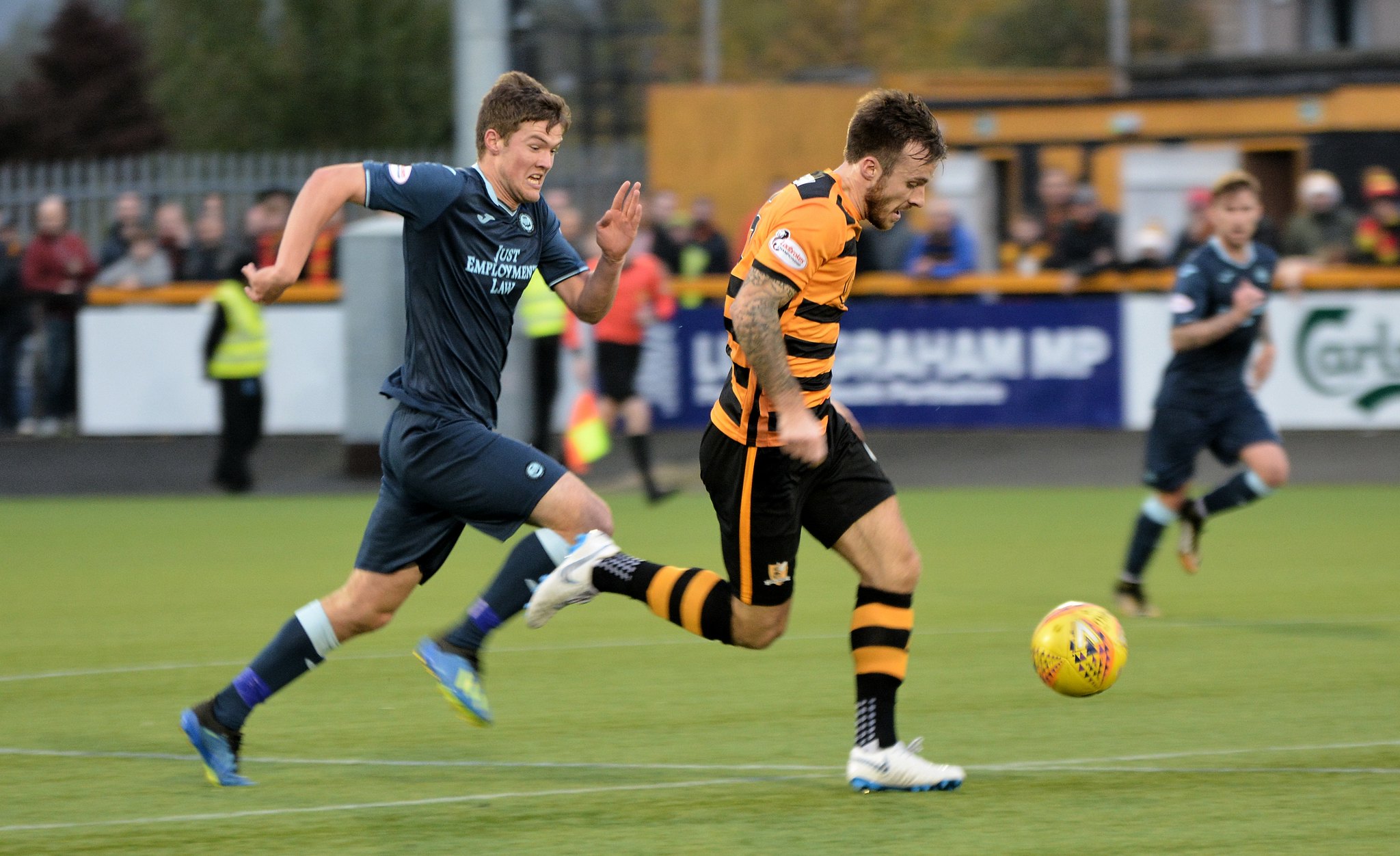 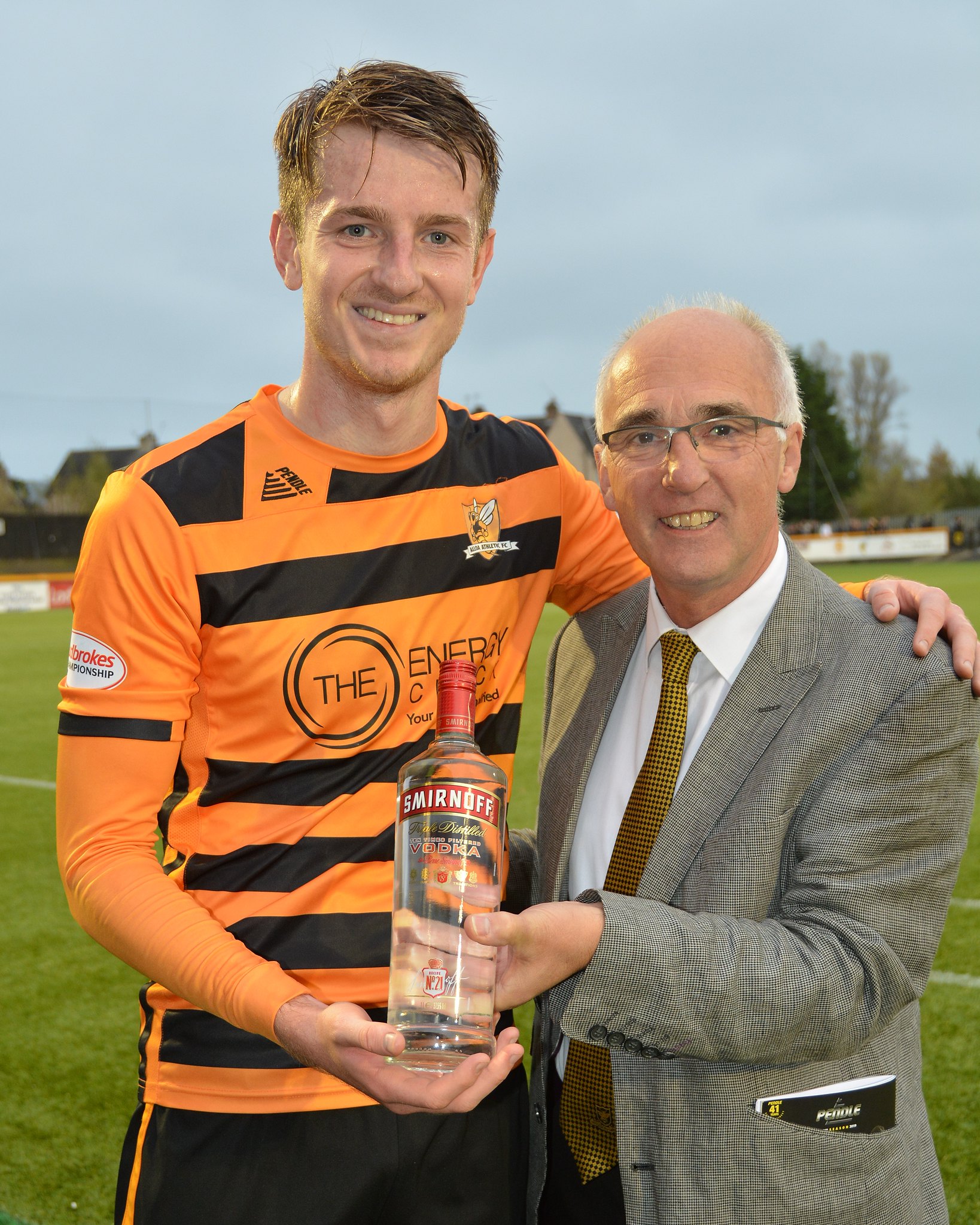 jim goodwin after first 3 points gained of the season

Absolutely delighted with the result because it has been well documented that we were still without a league win so far this season, really pleased for the players to get that monkey off our back because they have been working ever so hard, of the nine games we have had four draws and of those four draws we could have easily won a couple of them so we could have had already another two or three points on the board which I don’t think anybody would argue about. Today was a real team effort, the players showed great resilience, dug in at spells, we said on Thursday night at training we expected Partick Thistle to have good possession because they are a good side, they have a lot of players with Premier League experience never mind Championship experience. I think they are in a false position if I’m being honest, they are better than their league position would suggest and they dominated the majority of possession in the second half but with that being said my goalkeeper Neil Parry did not have too many saves to make. The shape of the team, the organisation, communication on the park and denying Partick Thistle any room getting in behind us and putting bodies on the line and protecting our goal was a great credit not only our back four and goalkeeper but our whole team put in a real shift.

The players have been in good form in recent weeks, we went to Dunfermline last weekend and scored two goals albeit we conceded a sloppy goal, at Dumfries against Queen of the South the previous week we scored three goals but unfortunately conceded three goals in the same game. We spoke about the importance of getting back to being hard to beat, clean sheets are vital to that at any level and use that as a platform to kick on from, you will always get an opportunity and I said that to the players if we could keep a clean sheet we would win the game because regardless of who you are playing you will always get chances. Dario Zanatta did great with the goal, pulling the ball out of the sky and a really good finish a half turn and low shot, it would have been nice for him to get the second one but for a fantastic save from Cammy Bell and that certainly would have made the last five or six minutes of the match more bearable and enjoyable than they were.

I watched three or four of their games in midweek and I know they are a good team maybe lacking in a bit of confidence when you are not getting results, we know only too well when you are down you never get the breaks but they have already won three games so far this season, I think Gary Caldwell is a good appointment, I know Gary from some of the Coaching License courses we have been on together, he is a positive young manager with a really good squad and I believe they will kick on and move up the table in the coming weeks and months. They dominated the game and I’m more pleased on how we defended rather than how well we played on the ball, we know we can be better than that in possession; it was more the resilience we showed and our willingness not to get beat.

Sam Roscoe was named “Man of the Match” today but along with Andy Graham, Liam Dick and Scott Taggart I thought my back four were outstanding, Sam is a young boy we have got on loan from Aberdeen, he has not had a lot of first team experience but he has learned a lot in the last few weeks, as with any young player they can make mistakes and it is up to me as the manager to identify these mistakes and go over anything playing back instances on a laptop and he has been quite receptive to taking things in which is good and he is learning every week and getting better each week, a left sided centre half at six foot three are hard to come by so if he carries on progressing the way he has he will have a very good career in front of him.

Delighted for Jon Robertson making his 100th first team start for the club today, he loves it here along with a number of the other players we now have about six others who have made over 100 starts for the club which speaks volumes of the club and how well the club is run, the players enjoy coming here, delighted for Jon he has been in and out throughout the season he has played in the last few games and deserves his place in the team at the moment.