Alloa Athletic continue their run of good form with another excellent win over a good Queen’s Park side who had won their last home match 6-0 and not lost in league at home this season since “The Wasps” were last at Hampden. Alloa played some great football especially in the first half, ironically the Alloa goals were both mistakes by Queen’s park defenders, Kevin cawley opened the scoring for the visitors after a poor pass back by Paul Gallacher, KJevin Cawley pouncing to score his 1oth goal of the season. The season goal camd five minutes from half time when Michael Doyle’s shot was knocked past keeper Neil Parry by Ricky Little. In the second half Alloa allowed Queen’;s far more of the ball, however Kevin Cawley should have killed the game after Graeme Holmes and Stevie May created the opening but Kevin cawley sho at the back post went wide when it looked easier to score. To their credit Queen’s never gave and five minutes from the end ex Wasps player Michael Daley pulled a goal back to ensure a nervy last 5 minutes, however The wasps held on to record their fifteenth league game without defeat. 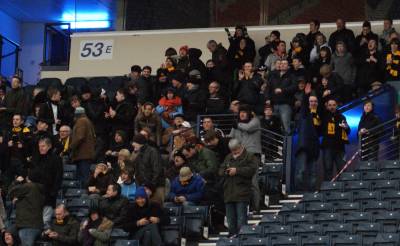 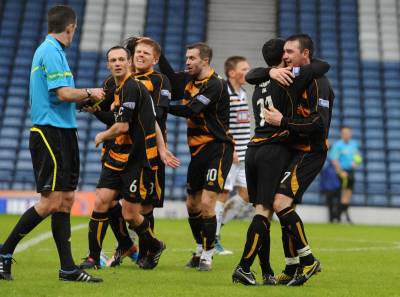 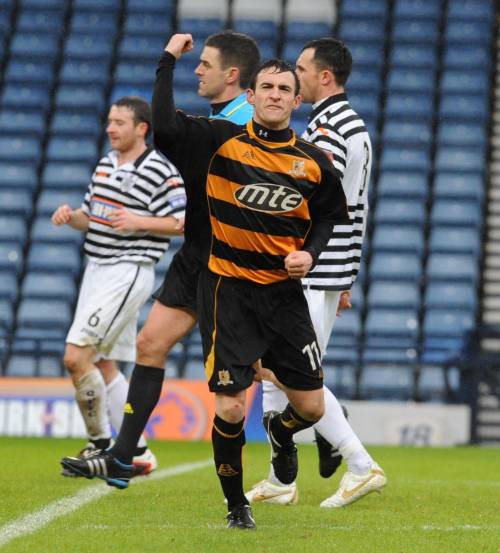 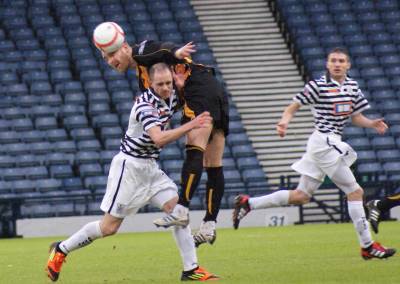 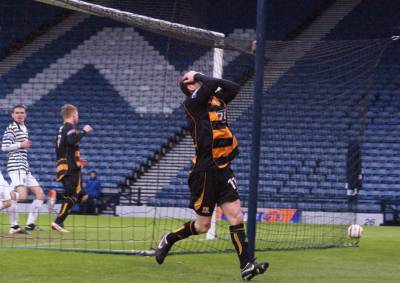 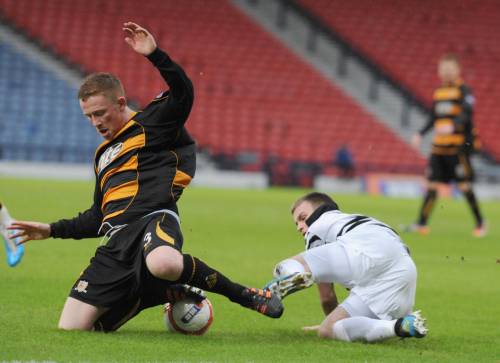 A great win, Hampden Park is a difficult place to come to, they have only been beaten twice here this season and that has been by us – great three points for us, so the run goes on – the players were fantastic today their work ethic, their determination not to get beat they have installed that in them, they have a great will to win, they just don’t want to lose a game – you can see that in them, they way we defend, the team spirit, the work ethic from every single one of them. The goalkeeper had a great game as well, the keeper has to be ready, concentration levels have to be high because you just never know, they have to be ready to make a save. Scott had a fantastic save in the first half, it was absolutely first class, he also had one in mid week against Peterhead, Scott is a terrific young goal keeper, he will go a long way in the game, he is only 19 but he is still learning. Everybody was great out there – I am really proud of my players the way they perform week in week out for me because that is three tough games we have had and come out of it with flying colours but we know there is a long, long, way to go, we don’t get carried away, it’s an old cliché but it’s one game at a time for us. We have got good footballers at this club, but there is no point in having that alone, you need to have the other side you need the work ethic as well and we have all of that in abundance. We have instilled it in the players that we expect high standards, expect them to work hard, expect them to enjoy it and they are doing that just now, they are playing at the top of their game and long may it continue.