Today’s Scottish Cup defeat at Ibrox to a rampant Rangers side was a back lash to their defeat in midweek to SPL side Inverness CT. “The Wasps” got off to the worst possible start losing the opening goal after only a minutes play, this was just the start the home side required and Paul Hartley’s side did not want. This season Alloa have been praised for their style of play but on this occasion they never got started and Rangers confidence and attacking play was rewarded with two more goals before half-time. For a period of time at the start of the second half Alloa tried to take the game to Rangers and had their best period in the match, but after losing two goals in a minute and then having Michael Doyle sent off, the task was becoming a bridge too far and Rangers looking to extend their lead in every attack. 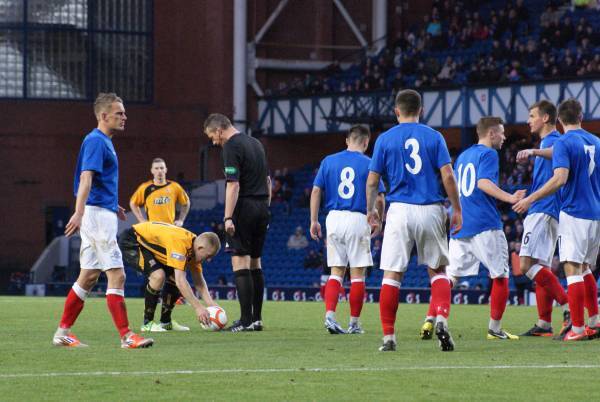 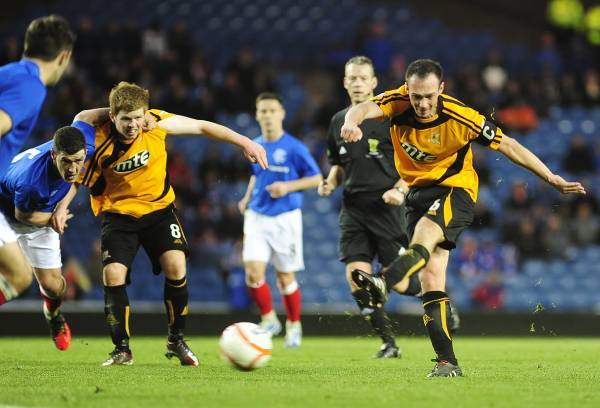 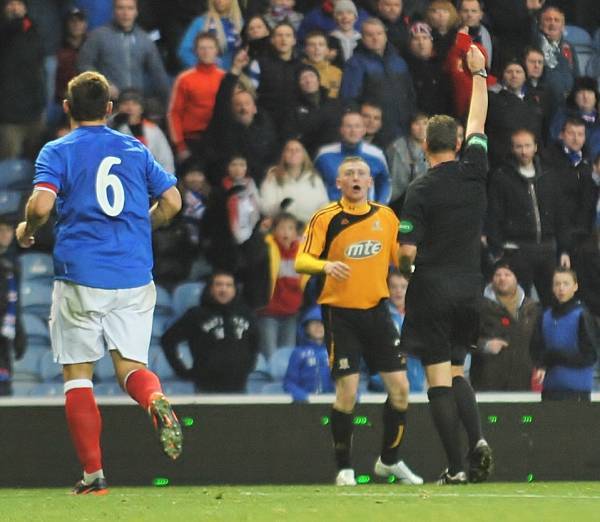 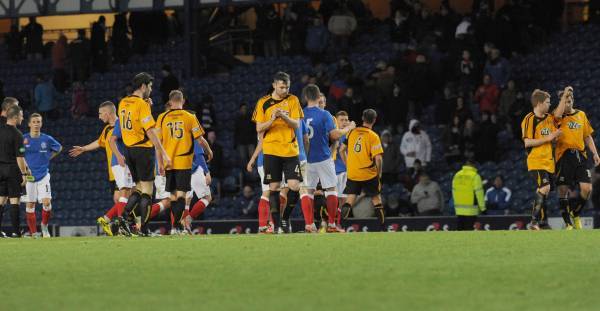 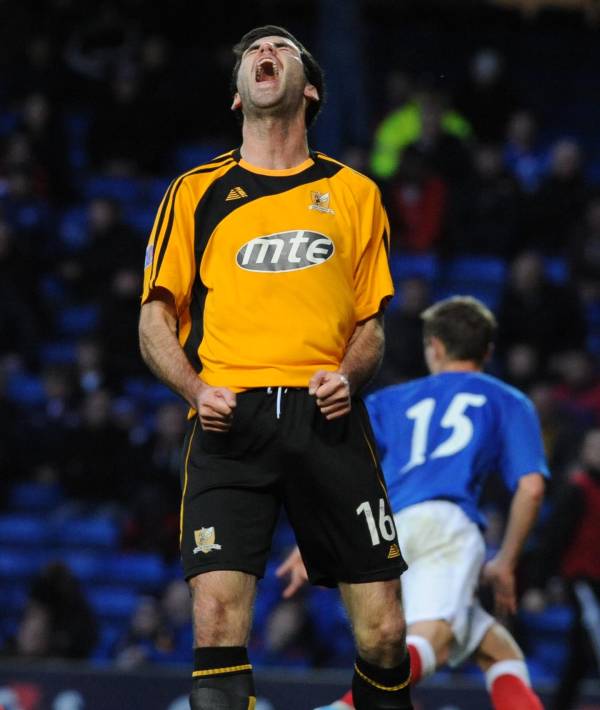 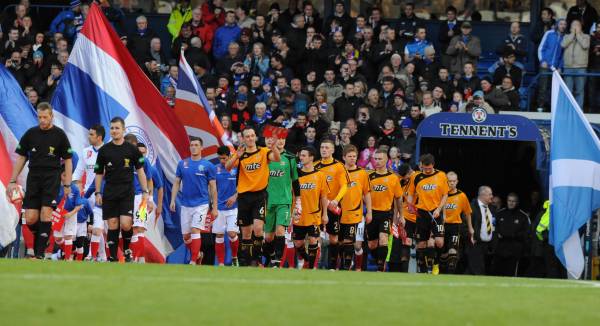 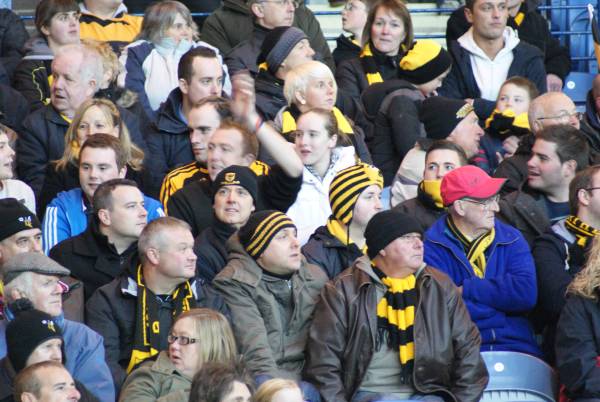 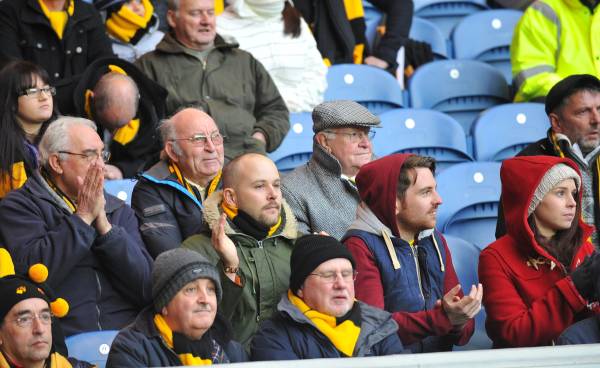 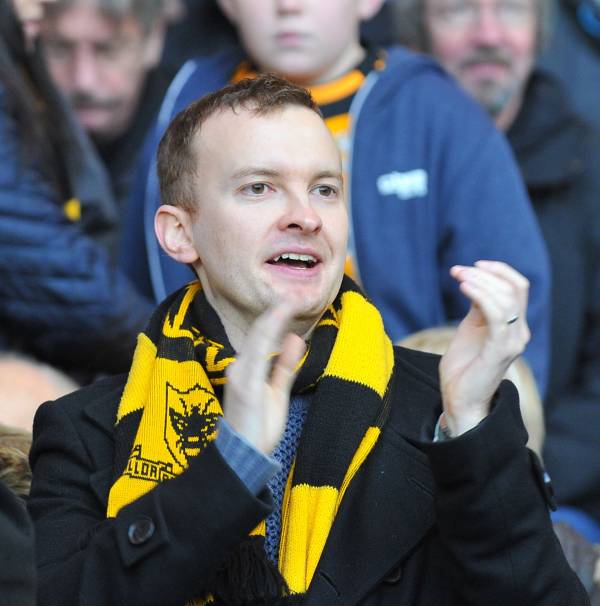 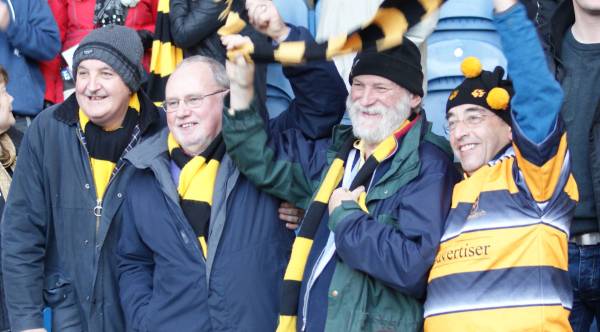 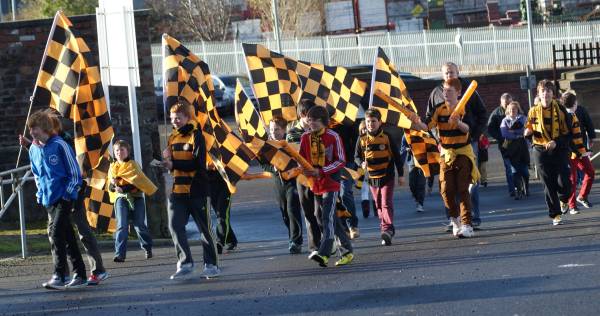 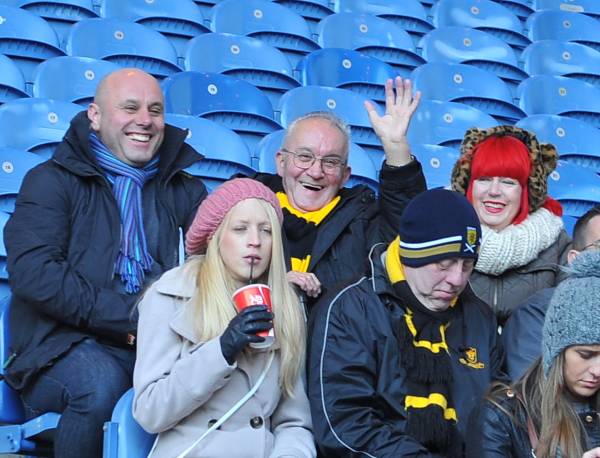 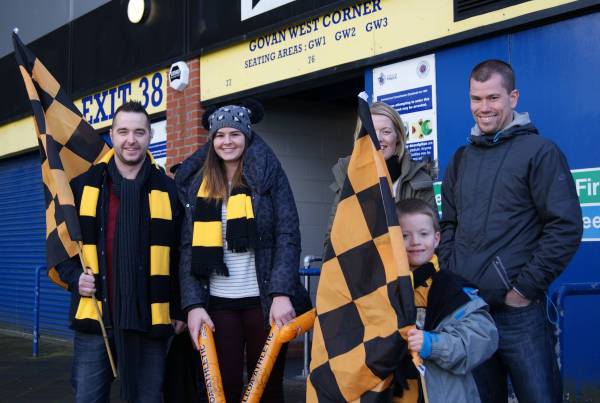 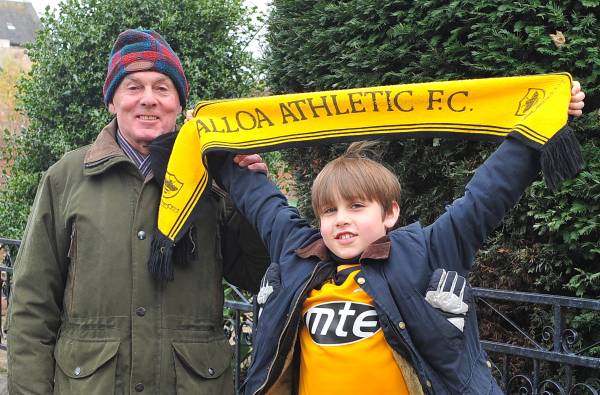 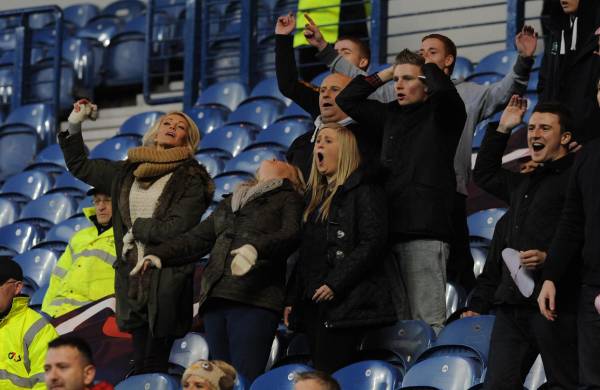 paul hartley after losing 7 at ibrox

I have no complaints, the best team won on the day, we didn’t get started we go a goal down after a minute and we didn’t play today in the way that we can play. That was the disappointing thing, credit to Rangers they got the perfect start and you could see our heads going down. I have no complaints about the score line I’m just disappointed in the fact we never performed the way we can and have over the last 18 months, that was the big thing for me today. I thought we had a chance today but credit to Rangers, you have to give them it – they were the better team by a mile.
I could scratch my head looking for answers the bottom line is we never turned up, we lost bad goals, we never defended well, when we had the ball we gave it away, we didn’t create enough chances – it is not the case of blaming one individual, it was a team performance which went badly wrong today. We need to bounce back, it’s about character now, I didn’t go through my players I was calm, I don’t think it was the right time to go through them, but I will now look for a reaction from them to show a bit of character and not to feel sorry for themselves, nobody else will, we will need to suffer this result over the next few days, people will question us and say what went wrong , so we have to be big enough to stand up and be ready to go next week – the league is a really important thing for us, we are in a nice position, but I need to make sure now that my players bounce back. The sending off was for a punch and he deserved to go, I spoke to the referee at the end just to see what it was for because I couldn’t see from where I was sitting. He had been playing well, but he shouldn’t be doing that and he must take responsibility, the last thing we needed was to go down to ten men when we were up against it, a rampant Rangers team, we suffered and he will now miss the next couple of games. The opening goal took a deflection, a bit of spin on the ball, but we didn’t start the game well, if we had kept in tight for the opening half hour, we might have given ourselves a chance but when Rangers got that first goal you could see them relaxing a little bit, the pressure was off, cause they have been coming under pressure in the last few weeks but we gave them a brilliant start to the game. I felt sorry for our goalkeeper, cause it is not nice for seven goals to past and I said that to him, but defenders, midfielders or forwards never helped him out.
I couldn’t see that result coming today the way that we have been performing since the start of this season and even previous to that, we have been solid defensively, we have looked good as a team and unit, even after the first goal went in I just wanted us to settle back into the match, but we didn’t get into a rhythm until about 30 minutes into the game and then we were 3-0 down, it was then a question of shutting up shop a little bit, we came out in the second half and had a bit of a go in the opening 20 minutes and then we lost the fourth and looked to damage limitation, I can’t explain it.