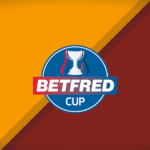 After the broadcast begins – The banner at the top of the event page will be replaced by the video player.

PPV is available only during the game. You won’t be able to watch back “as live” later. 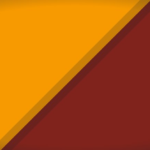 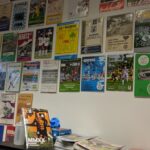 We’re pleased to work with George at GP football to distribute our programmes this year.

We’ve sold out our stock but the official programme will also be available at gpfootball.com or in-store at his shop at 6-10 Glasgow Road, Bathgate.

GP football stocks over 40,000 programmes spanning the decades and we’re pleased we can add the Official Alloa Athletic programme to that collection. 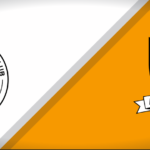 The games will now go ahead on Tuesday January 12 due to the involvement of Championship clubs in the second round of the Scottish Cup on Saturday January 9. 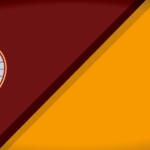 Please be advised that the October 31 fixture, postponed due to the Scottish Cup semi-finals, will be rescheduled as follows:

Alloa have never beaten Hearts in a competitive fixture but they have regularly made an awkward game for Robbie Neilson’s sides in recent years. Both teams looking to bounce back from disappointing results at the weekend with Hearts losing to league leaders Dunfermline and Alloa losing to what looks like near rivals this season Queen of the South.

Unfortunately for Alloa on the night they were quickly punished. 3 Alloa players draw to Roberts’ shot. 1 lucky rebound and Halliday in acres of space. He dinked the cross over Naismith but Michael Smith who was charging into the space vacated at the back post drilled home past helpless Parry to make it 1-0.

Halliday threatened himself soon after but smashed his effort over the bar. On 24 minutes, he would make no mistake. Alloa having opened themselves up once more left Hearts and Halliday with a gaping hole to roll him in and he slotted past the goalkeeper to double the ‘Jam Tart’s’ lead.

A third through the game and Alloa had a strong shout for a penalty denied as Berra tripped Thomson as a deep freekick was floated in. Officials ignored the contact but almost a free way back into the game for the Wasps.

Alloa were caught again soon after in transition from a corner. With Grant getting sucked out to the touchline and Thomson and Trouten left on defensive duties Walker breezed in behind to cut back to Haring. His first time effort sealed the victory after only 37 minutes.

In the second half there was a competitive nature to Alloa. Innes Murray with a low daisy cutter grabbing a rare shot on target. The damage had been done in the first half and the second was a routine and fairly drab affair. Boyce did make the highlight reel after winning a penalty with the one time Hearts opened up Alloa in the second half. He poorly executed his effort from the spot with Parry saving low to his right but was given a reprieve as the Alloa goalkeeper came off his line. With the second attempt, he opted for power. Drilling it almost centrally at Parry’s goal. The power was a bit too much and he smashed the crossbar with the ball ricocheting high into the stand behind.

Alloa didn’t crumble in the second half and kept it competitive but they’ll need to find some guile up front and some defensive solidity to meet Hearts in the Betfred Cup on Saturday with any hope of progressing. 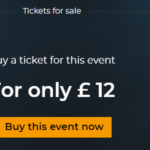 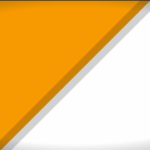 4. Copy and paste your access code from your email and press “Send Code”
Make sure there are no spaces after your code. Or you will see “internal server error”

If you have not received your access code please check your spam/junk folder.

If you haven’t given your email address for your season ticket contact fcadmin@alloaathletic.co.uk

If there are any problems with this process, contact leodhas@alloaathleticfoootball.club 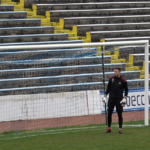 Alloa are pleased to announce the signing of Reece Willison.

The 21 year old goalkeeper was most recently an understudy at Airdrieonians in 2019/20 where he made 4 appearances. With Neil Parry’s injury against Edinburgh City on Tuesday the former Celtic and St Mirren youth adds some vital depth to the goalkeeping position.

He goes straight into the team to face Greenock Morton.

We will be embarking on a club first with our debut live stream of the Betfred Cup Group H match at the Indodrill.

When the event starts at 19:35 the player should appear on the event page to view.

Alloa Season Tickets don’t apply to our Betfred Cup or Scottish Cup fixtures but it’s the same platform we’ll be using for your ‘free’ broadcast of our Championship games.

You’ll receive your season ticket entitlement for games in one of two ways before the Dunfermline game on the 24th October:

*UPDATE: Option 2 may just be an access code sent to the email address you’ve given us. We’ll update in full, in plenty of time before the Dunfermline Athletic game.